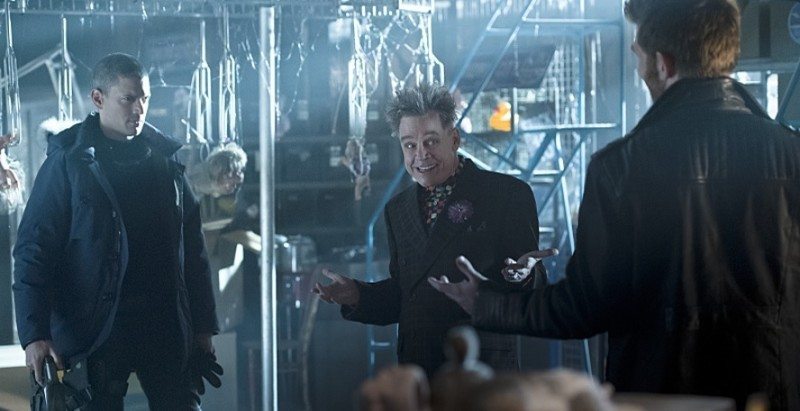 This week on THE FLASH, three members of the Flash’s rogue’s gallery have broken out of Iron Heights Prison: Weather Wizard, the Trickster, and Captain Cold. The reappearance of Weather Wizard (aka Mark Martin) brings out a much more aggressive side of Patty Spivot, and she appears to be keeping secrets of her own from Barry. It’s the Holiday episode of the Flash before its one month break; how does this episode hold’s up compared to last week’s episode and last year’s Holiday episode? Let’s find out!

The first story of the episode focuses on Harry and Zoom, who tries to convince Harry to help him with his scheme to get Barry faster.  If Harry doesn’t help, then Zoom will kill Jesse. 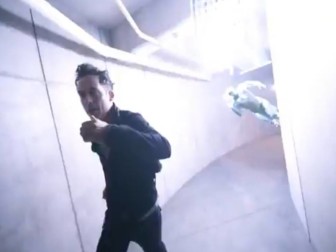 The main plot of the episode centers around Trickster and Weather Wizard, with a brief appearance from Captain Cold.  The trio break out of jail, but Captain Cold ultimately backs out of the villains’ main plot, which is to hide bombs in various toys during the holiday season and trying to kill the Flash. 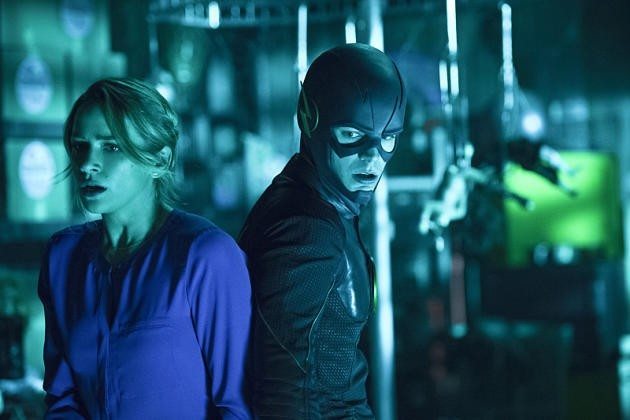 READ: Miss the amazing crossover between FLASH and ARROW? Check out our review!

As for the third storyline- Iris is feeling guilty for not telling Joe about his son. She reveals to Barry that her brother’s name is Wally West! Together the two tell Joe the news, and it hits him hard. After some reflection and talking to his ex-wife, Francine, he soon is able to forgive her and embrace the fact that he has a son. This prompts Barry to tell Harry (without him hearing) that he forgives what the other Harrison Wells did to him. 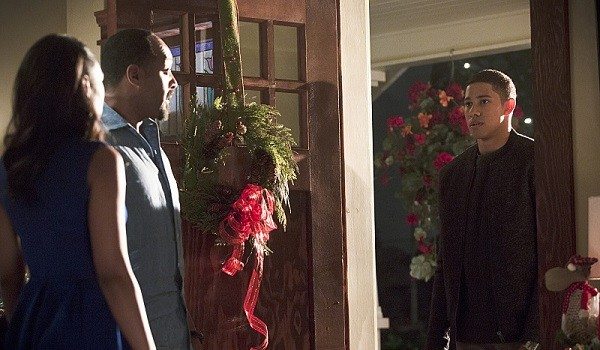 Towards the end of the episode, all of the Flash team celebrates Christmas at the West house. They then meet an unexpected guest: Wally West. They accept him inside despite him feeling initially uneasy about the whole situation.

After the Crossover last week, I was a little disappointed with this episode. It wasn’t a bad episode by any means, it just wasn’t as epic as last week or even last year’s Holiday episode.

The three stories were brought to together by the theme of forgiveness and how it leads to happiness and acceptance. This was a very relatable theme that affected Barry, Patty, and Joe in this episode. The acting by Jesse L. Martin was phenomenal; you could really feel the weight of his guilt of not being in his son’s life. His performance went well with Candice Patton’s acting, as she felt hurt for keeping this secret from her father.

LISTEN: Looking for new comics? Check out our podcast on one of the greatest comics you’ve probably never read, BLANKETS!

Shantel VanSanten (Patty) had several excellent acting moments when she shared the pain she felt surrounding her father’s death. There were two moments when I felt Barry should have told Patty that he’s the Flash: First, in the moment outside the Toy Factory and, second, when she planned to kill Weather Wizard. I was expecting it to be like the moment when Oliver revealed himself to Roy to prevent him from beating a villain. Unfortunately, it didn’t happen this episode, but the longer Barry waits, the harder it’s going to hit when Patty finds out the truth.

As for the villains in this episode, I was personally disappointed that the younger Trickster from last season was absent. This is not to say that I didn’t love Mark Hamill’s performance—in fact, there were moments when I would pretend that the Joker was in this episode. Still, it seems like the younger actor is getting snubbed simply because Mark Hamill is much more popular. Also, how exactly did Weather Wizard use his powers within Iron Heights Prison? I thought Cisco hooked them up with cells that neutralized metahuman powers to prevent these incidents from happening? Regardless of how he got out, Weather Wizard is fine villain, but he’s no Vandal Savage or Reverse-Flash. 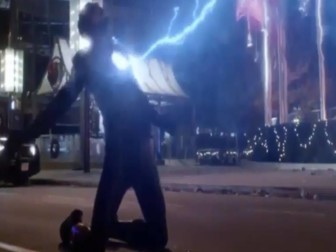 I also wouldn’t consider Captain Cold or Zoom to be villains this episode. Captain Cold’s only involvement was warning Barry about Weather Wizard and Trickster’s plan to kill him. He felt much underused, considering the next time we see him he will be in LEGENDS OF TOMORROW. Zoom was similarly limited, chasing Harry and convincing Harry to help with his scheme. It seems that Harry is not intentionally trying to be bad, but Zoom is putting him in a situation where he has no other option.

I’m glad we finally know what Zoom’s actual plan is, because it felt strange to me that his goal would be to kill the Flash with metahumans, considering how easy it would be if he just did it himself. It’s amusing that both villains, Reverse-Flash and Zoom, ultimately want the Flash to get faster. That seems to be the go-to objective for every evil speedster Barry faces.

As for the reveal of Wally West, it was sweet and heartwarming but ultimately underwhelming. I can’t really judge Keiynan Lonsdale’s performance because he was on screen for a little over a minute. I’m sure that as the season progresses we’ll see more of his character and personality, but for right now there is very little to go off of.

Ultimately this episode lacked that “wow” factor I was expecting. The saving grace of this episode was the acting and special effects. When Barry jumped onto the helicopter propeller to chase Weather Wizard was incredible, and the fight sequence between those two was pretty intense. Still, the story was ultimately lacking, especially considering we’ve had some really amazing episodes so far in this season. Hopefully, when we return it will be to an episode that takes my breath away. THE FLASH will be on a month-long hiatus, so enjoy the holidays and I’ll see you Flash fans on January 19th!