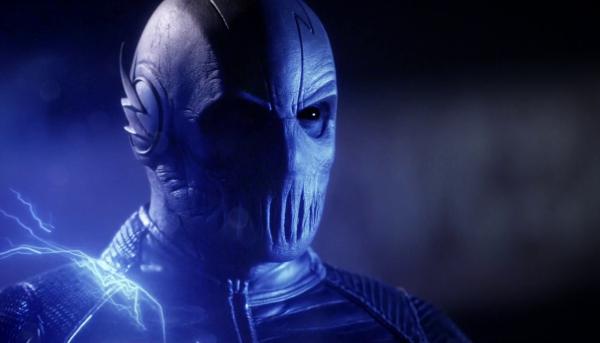 After taking a three week long hiatus, THE FLASH returns with an episode focusing on the origin of Zoom. For THE FLASH’s sophomore season they have used Zoom as the main antagonist and there have been several episodes featuring him already. However, with the addition of his origin story, a complete character spotlight touching base on all the important aspects of the character can finally be done. The aspects that will be covered in this article are his (1) Origin, (2) Powers, (3) Appearance, and (4) Personality.

READ: Check out the comic book inspiration for THE FLASH in his recent trip to the past!

The character was introduced in 2001’s THE FLASH: SECRET FILES AND ORIGINS #3 as Hunter Zolomon. Growing up, Zolomon had a troubled childhood with his abusive father and neglectful mother. When Zolomon was leaving for college, he arrived home to see police cars surrounding his house. It turns out Zolomon’s father was a serial killer and when his mother tried to give him up to the police, he killed her. Since that day, he devoted his life to studying and understanding the psychology of criminals in order to prevent anyone else from suffering the same tragedy he felt. He eventually became a criminal profiler for Keystone City and became close friends with the Wally West version of the Flash.

Zolomon’s transformation into Zoom occurred when he was paralyzed after an attack from Gorilla Grodd. When the Flash refused to use the cosmic treadmill to go back in time and prevent Zolomon’s injury from happening, he took it upon himself to fix his legs. So Zolomon broke into the Flash Museum and attempted to use the comics treadmill, but it ended up exploding and turned Zolomon into a speedster. The show used some of the elements from the comics to create the Zoom on the show, but one of the major differences was the influence of his father. 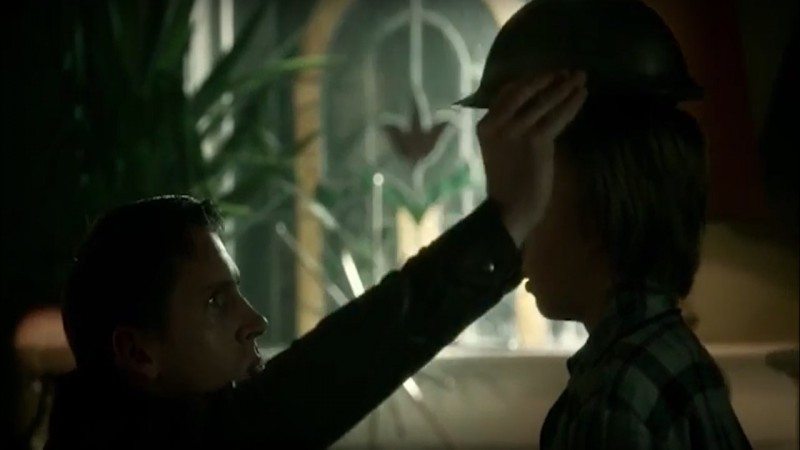 On the show, Zolomon’s father had returned home from the War of the Americas on Earth-2 with a more aggressive nature. Zolomon’s father mercilessly beat his wife and forced his son to watch as he shot her. The Zolomon on the show was young child when he witnessed this horrific event. However, the Zolomon in the comics never actually saw his mother killed and was a young man when it occurred, so the event did not scar him as much as it would if he were a child. This traumatic event stayed with Zolomon into adulthood, and he ended up becoming a serial killer himself. On the night of the particle accelerator explosion on Earth-2, Zolomon was receiving electroshock therapy. The mixture of the particle accelerator explosion and the electricity gave Zolomon super speed. It’s worth pointing out that this scene is a reference to FLASHPOINT. In that comic, the Barry Allen version of the Flash was in an alternate timeline where he was not the Flash. So the Flash attempted to regain his super speed with the use of an electric chair.

Zoom’s powers in the comics differ from other speedsters. Most speedsters draw their speed from the speed force but not Zoom. Due to the accident with the comics treadmill, Zoom gained the ability to manipulate time around him. So Zoom is merely creating the illusion of super speed by slowing down time around him and making it appear that he is moving super fast. Due to this power, Zoom is capable of moving faster than any other speedster. Zoom is also able to send time shockwaves by snapping his fingers, which cause ripples in the time stream momentarily. 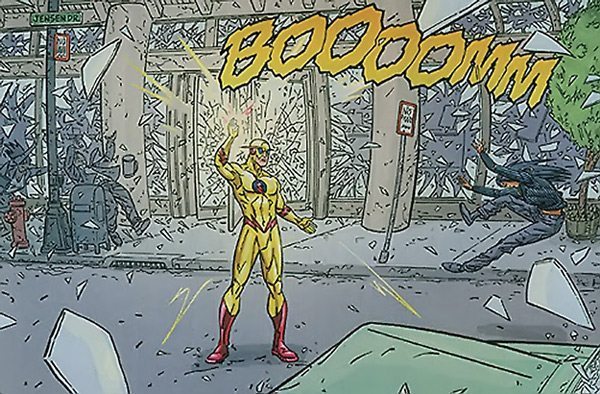 As for the Zoom on the show, it would appear that he uses the speed force just like any other speedster. However, in his attempt to gain more speed with the use of Velocity-6, his speed became unstable, and his lighting streaks changed from yellow to blue. Zoom on the show has more speed than the Flash but at the cost of his life slowly fading away. Although the Flash agreed to give Zoom his speed in this episode, so it is assumed that Zoom’s illness is either cured or temporarily held at bay for the time being.

Here is where there are some major differences between the show and the comics. In the comics, Zolomon decides to become the second Zoom or Reverse-Flash, the greatest enemy to the Flash. Because of that fact, Zolomon wears a costume similar to the Reverse-Flash’s, an outfit with the same color scheme as the Flash but in reverse. The show’s Zoom wears an all black outfit with a mask covering his entire face. This costume is very similar to the one worn by the Black Flash or the embodiment of Death for Speedsters from the comics. 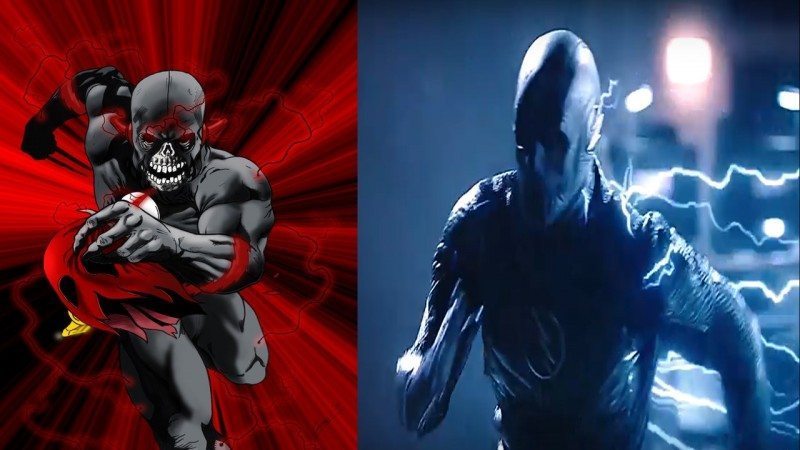 As mentioned earlier, Zolomon became friends with the Wally West version of the Flash. So when the Flash refused to go back in time to help fix his legs, it hurt Zolomon. That decision convinced Zolomon that this Flash never suffered any great tragedies, which prevented him from being a great hero. Therefore, Zolomon decided that he would take up the mantle as the Flash’s greatest adversary to physically and emotionally torture him. Even though Zoom hurt the Flash, he always justified his actions because he considered the Flash his friend and believed that he was helping him become a better hero. The comics version of Zoom is cruel in the ways that he “helps” the Flash. For example, Zoom once snapped his fingers around Linda Park, the Flash’s pregnant wife, which caused her to miscarry. Despite his methods, the comics version of Zoom is acting as a villain with good intentions. The Zoom on the show does not share his comic book counterpart’s good will towards the Flash.

READ: Check out the female villains of DC with POISON IVY #4 Review!

The show’s version of Zoom does not consider the Flash his friend; his only motivation is getting more speed. Every action he has taken in the series so far has been about increasing the Flash’s speed so that he can steal it from him. The Zoom on the show has killed or abducted people close to the Flash throughout the season, all in an attempt to motivate him to increase his speed. Eventually, in this episode, after Zoom took Barry’s speed from him, he attempted to kill the Flash. The fact that Zoom was so quick to kill the Flash shows just how little he cares for him. To Zoom, the Flash was nothing more than a tool he used to increase his power. It was thanks to Caitlin who attempted to appeal to the good in Zoom. She believes that when Zolomon was masquerading as his made up hero persona, Jay Garrick, the feelings they shared were real. Zoom spares the Flash’s life for Caitlin’s sake, but he kidnaps her and takes her back to his lair on Earth-2.

The next episode deals with the Barry trying to live life as a normal person again. But when a new metahuman emerges and kidnaps Dr. Wells, Barry and the rest of the Flash team have to do everything they can to save him! Come back next week as we discuss storylines where the Flash loses his speed. Till then Flash fans!