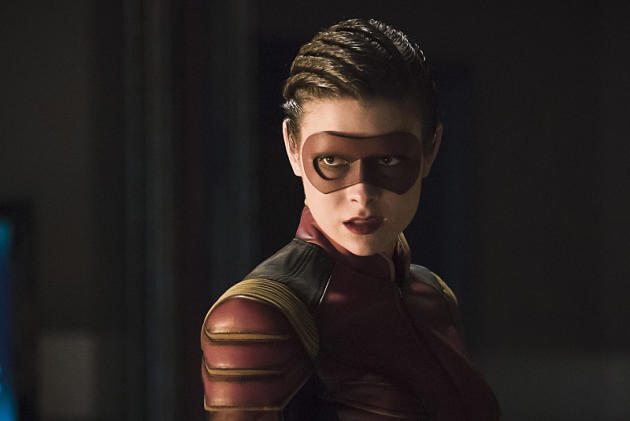 There were some big reveals on THE FLASH this week, many of which were due to the introduction of Eliza Harmon, a.k.a. Trajectory. While this new speedster caused some problems for the Flash and his friends, she also helped answer some questions about this season’s big bad, Zoom.

For this character spotlight, we will be comparing the show’s representation of Trajectory to that of the comics, focusing on three aspects of this character: (1) origin, (2) powers, (3) death.

READ: Catch up on the previous FLASH episode with our spotlight on King Shark.

In the comics, Eliza Harman was an 18-year-old girl who was a huge fan of speedsters like the Flash. When Lex Luthor announced that he would be starting an Everyman Project (an experiment meant to give ordinary people powers) Eliza signed up immediately. After undergoing the project’s procedure, Eliza finally became what she always wanted to be: a super-powered speedster. 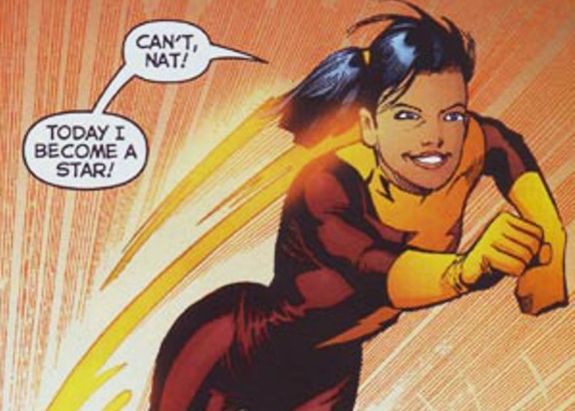 The show depicts Eliza Harman as a scientist and a former collegue to Caitlin at Mercury Labs. When Caitlin was making the Velocity-9 for Jay, she used Eliza’s equipment and lab. Although Eliza promised Caitlin that she wouldn’t pry or look into the formula, curiosity got the better of her. Harman injected herself with the Velocity-9, thus transforming her into the speedster Trajectory. For some reason, after injecting herself with Velocity-9, Harman also gained a spilt personality. Her Trajectory personality is far more aggressive and takes over when she is under the influence of Velocity-9.

The powers for both the show and the comics are relatively the same: She’s a speedster, and she possesses all the other skills and abilities that come with being a speedster. However, the Trajectory on the show was significantly faster than the Flash due to the effects of Velocity-9. Meanwhile, the Trajectory in the comics was about on par with the other speedsters. It’s worth mentioning that neither version has permanent super speed. The Trajectory on the show would eventually slow down once the Velocity-9 got out of her system. In the comics, Lex Luthor could take powers away from any character who had gained them through the Everyman Project—including Trajectory—with the mere flick of a switch. He would eventually use this power to take her life completely.

LISTEN: Want to learn about other heroes? Check out our podcast on Marvel’s NEW MUTANTS.

When Trajectory tried to reject Luthor’s Infinity, Inc. after getting her powers, he did not take well to her betrayal. Luthor would allow her back on the team only to build her up so that he could cut off her powers when she was facing Blockbuster. Trajectory was murdered by Blockbuster because of Lex Luthor and her death was only used to demonstrate the cruelty of his character. On the show, Trajectory’s death was slightly more significant for our hero. When the Flash’s attempts to reason with Trajectory failed, she injected herself with even more Velocity-9. When Trajectory ran away, the yellow streak she was leaving behind suddenly started to turn blue—just like Zoom’s streak. As Trajectory ran, her streak turned completely blue as she disintegrated into dust. 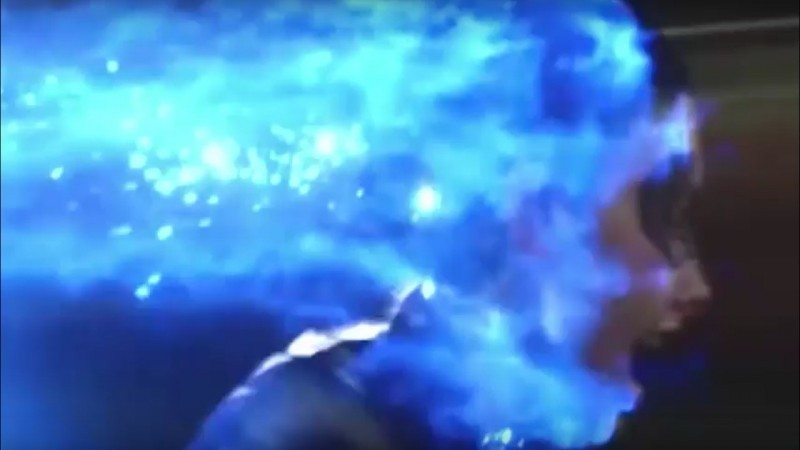 It was from this death that the Flash discovered that Zoom is dying and the reason he needs Barry’s speed is to discover a cure for his sickness. Thanks to Cisco’s vibe vision, he reveals that Zoom is Jay Garrick!

This was a fantastic episode which elevated a very minor character in the comics to an important role in moving the plot forward on THE FLASH. In next week’s episode, Barry will definitely be struggling as he tries to cope with Jay’s betrayal. On top of that, it looks like Barry is going back in time again, yet this time will face serious consequences in the form of Time Wraith. Be sure to come back next week to see how these Deathly Hallow-like creatures compare to their comic portrayal. See you then, Flash fans!