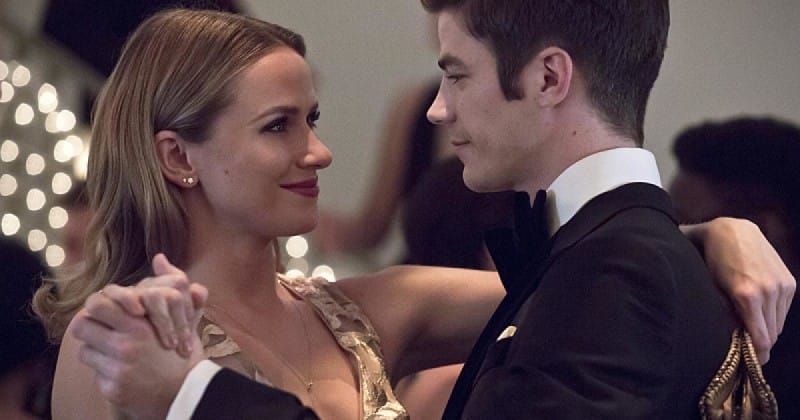 The Flash is back and this time he’s dealing with problems many men in their twenties deal with- girl problems. On top of Barry having relationship issues with Patty, he also faces against a metahuman who can actually slow down the Flash! Our heroes have their hands full as always, but how does this episode measure up to previous Flash episodes? Let’s find out!

I’ve shared my displeasure with superheroes keeping their secret identities from their loved ones in the past, so naturally I felt that Barry should have told Patty the truth months ago. I appreciate that Iris used herself as an example of how learning Barry’s secret brought them closer together. The argument that Harry gives to Barry about why he shouldn’t tell Patty his secret is the typical “It puts them in harms way,” but Patty is a cop and has demonstrated on several occasions that she is more than capable of taking care of herself. The fact that Barry even let Harry’s words get to him proves to me that he has very little faith in Patty. Her leaving at the end Central City to attend Midway City University at the end of the episode is not as random as fans believe. They already established that she initially wanted to be a forensic scientist earlier in the season, and the only reason she became a cop was to catch her father’s killer. From a storytelling perspective, Patty’s character arc is finished, and the only reason she has to stay in Central City, and be on the show, is her relationship with Barry. Patty’s departure was unexpected, but not too surprising when you think about it.

As for the villain this week, the Turtle, he’s just okay. The special effects for his powers were all right, but this show has had more impressive moments when it comes to special effects.  The Turtle felt more like a pawn to move the story along than an actual threat to the team. The Flash team didn’t even bother to come up with a plan to neutralize his powers, just charged at him really fast and overcame it with the “the power of love.”

What really interested me this episode was Harry’s voice-recorded log. The way he recounts how he shut down the planetarium just so he could find his daughter is terrifying! This Harrison Wells started out as a brilliant scientist who was trying to save his daughter, but as the show unpeels layers of this character, we find that he is far more sinister than we once thought.

This episode also provided some scenes with Wally interacting with Joe and Iris, allowing the audience to get a better feel for his character. I’m happy to announce that I believe the show has found a good medium between the pre-52 version and the new-52 version of Wally West. Wally’s attitude towards Joe and Iris is completely justified; he lived his whole life without them, and now suddenly they’re supposed to be a family overnight? Plus, Wally had to take on the role as the man of the house to take care of his dying mother.

I love how the writers already made Wally a speed demon by having him race cars. This is good foreshadowing to his inevitable turn into a speedster.  The way Joe deals with the situation is very realistic; he understands this is a very unfortunate predicament, and he’s trying to make the best of it. 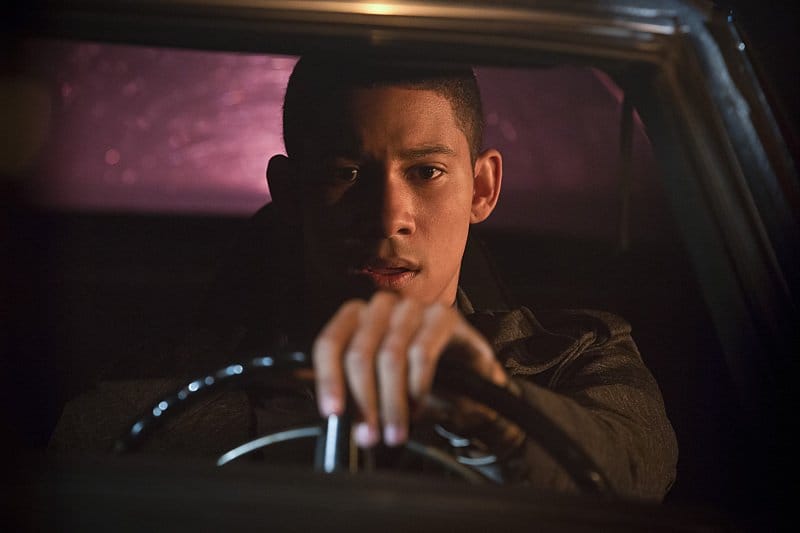 As for the reveal that Jay is dying because of his lack of speed, it simply motivates the characters to want to stop Zoom even more than they did before. The biggest reveal that fans will no doubt be talking about is the return of the Reverse-Flash! My theory is that this Reverse-Flash is somehow a different one than the Reverse-Flash Barry faced last season. Perhaps this Reverse-Flash has not yet killed Barry’s mother or taken the body of Earth-1 Harrison Wells yet. Whatever the reason for his return, his arrival and existence raise so many questions for us Flash fans. I speak for all of them when I say we can’t wait for next week’s episode.

The villain of this episode, the Turtle, did not always have the power to slow down speedsters in the comics. When he was first introduced in a Jay Garrick comic during the Golden Age, his schtick was finding creative ways of slowing down the Flash. The show is drawing inspiration from the Turtle who faced off against the Wally West Flash in the comics and who did possess actual powers.

As for Wally West, they are pulling from the pre-52 version of the character in terms of personality. He has the comedy and sarcasm of the pre-52 Wally, but also the bitterness of the new-52 version. While he doesn’t interact with Barry in this episode, you can feel that he has some animosity towards Barry for basically taking his place as Joe’s son. The new-52 version of Wally West has some anger towards Barry Allen/the Flash because he blames him for putting his uncle in jail and disappearing during the Crime Syndicate.

READ: About Wally West in the New 52!

Patty decides to leave Central City because she feels there is no future for her and Barry; this is exactly the same reason why she leaves Central City in the comics. There are some slight differences from the TV show and the comics; Patty and Barry were not in a romantic relationship, and instead of going to Midway City, Patty went to Blue Valley Nebraska.

This episode was about on par with the previous one; it wasn’t terrible, but it was necessary to keep the story moving forward. At this point last year, the Flash storyline was moving at an alarming rate, so hopefully the plot will be kicked into high gear with the return of the Reverse-Flash! I’m looking forward to seeing how his return plays a role in the rest of this season. ‘Til next time, Flash fans!