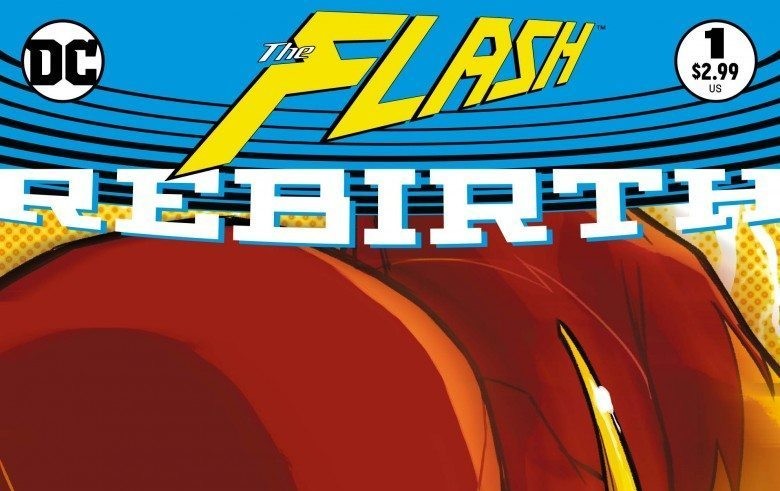 After the Rebirth one-off by Geoff Johns, you wouldn’t be crazy to assume that The Flash is going to be playing an integral role in deciphering what exactly it is that Dr. Manhattan has done to the DC Universe and why. In fact, after reading THE FLASH REBIRTH, it seems as though he’s going to be the conduit for this plot line moving forward which makes a fair bit of sense. There’s loads of memorable Batman and Superman stories so why write another when there’s another hero that fits the bill better? It just makes sense.

LISTEN: Think you know DC’s Trinity like the back of your hand? Hear us discuss DC’s most premiere trio in Episode 75 of the ComicsVerse podcast!

Thankfully, THE FLASH REBIRTH is able to deliver in spades as it moves the universe-wide story forward ever so much. It’s not a lurch so much as it is a gradual movement to the bigger drama. This is clearly a story that DC does not want to spoil too early or else they would have done what they did with FLASHPOINT and contained all the changes to one singular book. Instead, we got Johns’ one-off and now this one. With both, though, the only evidence of the Watchmen’s presence is still the smiley button from The Comedian. The story is light on actual developments, but this makes sense as a one-off. Essentially, what we get here is a taste of Rebirth’s Barry Allen and how the Watchmen mystery fits into the overarching direction of the Rebirth initiative. It actually feels eerily like CRISIS ON INFINITE EARTHS in that you’re intrigued by what you’re seeing, but really only the seeds are being sewn for the story to later blossom in its own time. 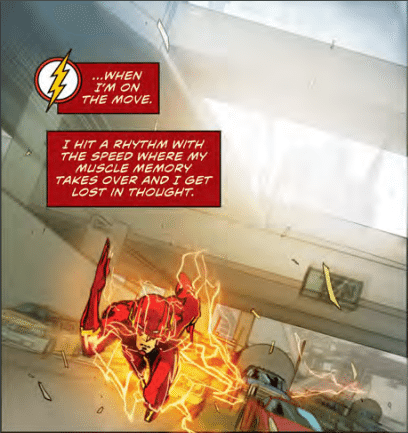 What will prove to be most interesting is how that story will develop. Will it be only in THE FLASH or another book? Will it be across multiple titles? It’s still much too early to call answers on any of these, but it’s intriguing nonetheless to conjecture. I hope that it sticks with Flash because there are two issues devoted to it and its clear that this is a story best told through the Scarlet Speedster. That’s because the writing on this book is incredibly on-point. Barry Allen is very much in-character as he is still marred by the tragedy of his past and tries to run as fast as he can from the grief of it.

In this one-off, Barry is forced to face his mother’s death again as a similar CSI case arises at work and, rather than let himself be consumed by the grief and torment that being reminded of the event brings him, he runs. About mid-way through the issue, Barry narrates to himself as he’s sprinting through Central City, “I hit a rhythm with my speed where my muscle memory takes over and I get lost in thought.” He can’t sit and mull over his past; Barry needs to always keep moving as he knows that if he stopped, the pain would destroy him. It’s nice to see that even in the first issue (one-off or otherwise), Joshua Williamson is able to so perfectly capture the frantic climate which surrounds Barry’s character, something which bodes well for the book going forward under his hand.

READ: Want to read more about DC’s Scarlet Speedster, but don’t know where to start? Give our Flash Essential Reading a gander!

The art seems to capture much of the kinetic quality as well. Carmine di Giandomenico brings a certain rough and rushed quality to THE FLASH REBIRTH that isn’t always pretty to look at, but so perfectly captures the raw energy that surrounds Barry, that this becomes a minor gripe instead of a major concern. The faces are sharp and expressive, the hair is wild even when its refined, and the way di Giandomenico draws Barry’s movements is crackling. It’s truly stellar work that gives the impression of super movement without an over-reliance on blurs and soft backgrounds. Even if nothing else were great about this one-off, a great takeaway would be that this is a Flash story drawn right. 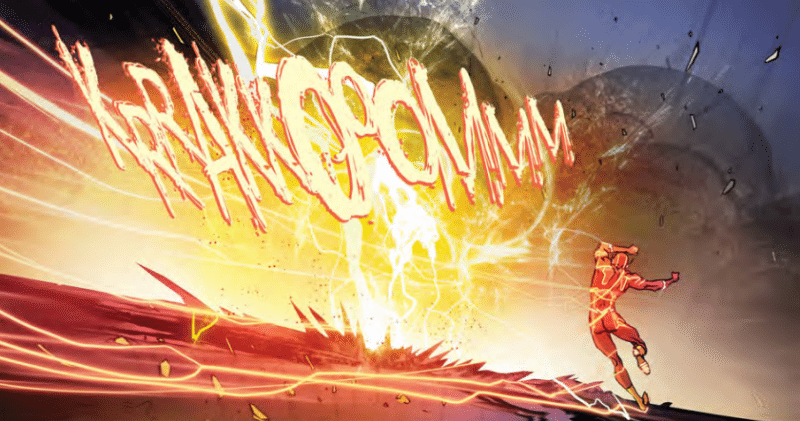 That’s why THE FLASH REBIRTH works. It isn’t the story that makes this book so compelling, since it is nearly non-existent. It’s that Williamson, di Giandomenico, and the rest of the team have such a firm grasp on both how and why The Flash is so different from other characters. Sure, it’s great to see the Watchmen mystery incrementally move forward, but like any great Flash issue, THE FLASH REBIRTH’s strength lies in its ability to convey the infallible heart of The Flash. He may be surrounded by trauma, but there is an infectious quality to Barry Allen’s goodness that has made him a favorite for decades. THE FLASH REBIRTH works because before any of the super powers and grand storytelling, which are all there, mind you, Barry Allen is still an endearing character that we can unashamedly love to read.