“Infantino Street” served as an excellent penultimate episode for season three. It was decently paced, the overall plot to the episode was great, and the performances by the actors were very well done. While not everything was on the mark, “Infantino Street” was one of the season’s best. And while Iris’s death was the climax of the episode, I want to assure everyone reading this:

IRIS WEST WILL NOT DIE ON INFANTINO STREET

Let’s put the cards on the table here, Infantino Street will not become the Arrowverse’s Crime Alley. If Iris West is still dead by the end of next week’s season finale, I will eat a shoe. Check that; I will absolutely eat a shoe (It could make for a good arc next season). Either way, I’m willing to eat a shoe if she stays dead. There is just no possible way that happens. She’s been an integral part of the series so far, and killing her off is something that doesn’t fit the tone of the show. Maybe we’ll see Barry go into a rage à la INJUSTICE Superman next episode, but considering how much this show uses time travel, I’d put the statistical chance of her character staying dead for good at a solid 0.00. 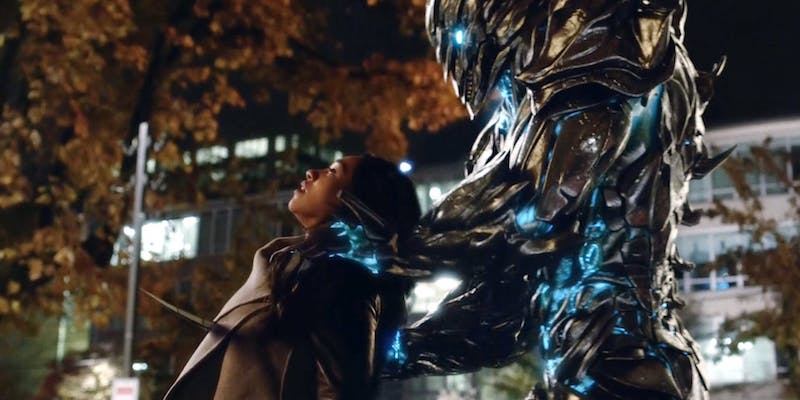 The rest of the episode was, while structurally a bit weak, still engaging. Getting to see Wentworth Miller portray his version of Captain Cold is always a treat. His whole speech to Barry about finally being able to do what needs to be done (killing) to save Iris was fantastic. Too often in this universe, morality is black and white. Cold’s speech and Barry’s willingness to kill King Shark to grab the power source for Dr. Brands’ gun blurred the lines to a more realistic standard.

Fights and Relationships, in a Flash

The fight between Cisco and Killer Frost was great as well. While the battle clearly wasn’t over, it was cool to see Caitlin’s icicles get stopped in their tracks by Cisco’s vibes. I’m sure they are saving the best for the next episode. While that was all well and good, this episode fell flat in two distinct areas. The first is the hurried love affair between HR and Tracy Brand. Now, there might be a reason as to the relationship being hurried that will be discussed later. For now, taking the relationship at face value, it seems way too rushed. Brand has been around for what, three or four episodes? It took Barry an entire season to tell Iris how he felt. Four episodes aren’t enough time to make this relationship feel genuine.

CLICK: Want to learn about relationships in THE FLASH? Check out our breakdown here!

Secondly, my big problem with Infantino Street was the unnecessary voluntary capture of Flash and Snart. Why, when Team Flash has so little time, would the show include those two apologizing and getting what they want in the first place? It seems unnecessary, and it lessens Snart’s impact on the situation. The whole break-in was, at least in my mind, a symbolic showing of how far Snart had come as a hero (To Barry). Instead, we got what felt like a minor scolding from a parent who mid-rant realized that “boys will be boys.” 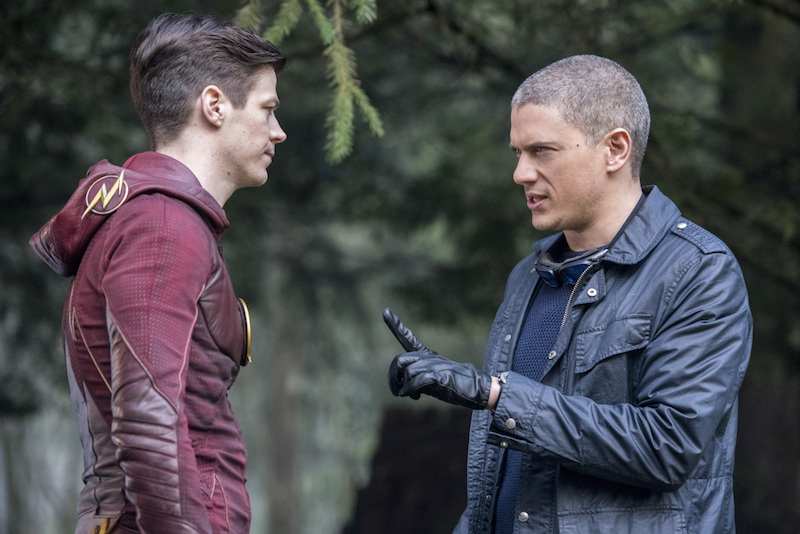 Getting past those two issues, the primary reason Infantino Street did so well in my eyes was the fleshing out of Savitar as a character. Although he is genetically the same as Barry Allen, we come to discover that he does not see himself as such. Since he is a time remnant, Savitar sees himself as a castaway, a one-off. This makes the character seem a lot more understandable, as he 1. Needs Iris dead to be created and 2. doesn’t see Iris as the love of his life like Barry does. Savitar’s views are great character development and put his motivations in perspective.

While Savitar’s motivations have never been clearer, it’s evident that Caitlin’s loyalty to the God of Speed is showing some gigantic cracks. If you include her interactions with the team during last week’s episode, Caitlin is apparently becoming disillusioned with the whole “kill her former friends for no reason” thing. Between the hesitancy that she is showing when talking to members of Team Flash and how Savitar is treating her, it would not surprise me to see her switch sides. If that does happen, expect her to be a lynchpin in Team Flash’s defeat of Savitar.

READ: Check out our review of THE FLASH #21!

On another note, I don’t know about anyone else, but I loved the multiple Easter eggs in the A.R.G.U.S. facility. First, there was the apparent SUICIDE SQUAD reference, with members like Grodd and Cupid in prison cells. However (and maybe in anticipation for this summer’s WONDER WOMAN film) if you look closely enough, one of the cells had the label “Cheetah.” We can speculate till the cows come home on the potential awesomeness of Cheetah’s introduction to the Arrowverse. However, I’d rather take this time to talk about how awesome the Arrowverse, and THE FLASH, in particular, is about laying Easter eggs for the viewer to find. Over the course of the series, you’ll find Easter eggs to Harley Quinn, Green Lantern, Batman, Wonder Woman, and many others. I hope they keep it up. 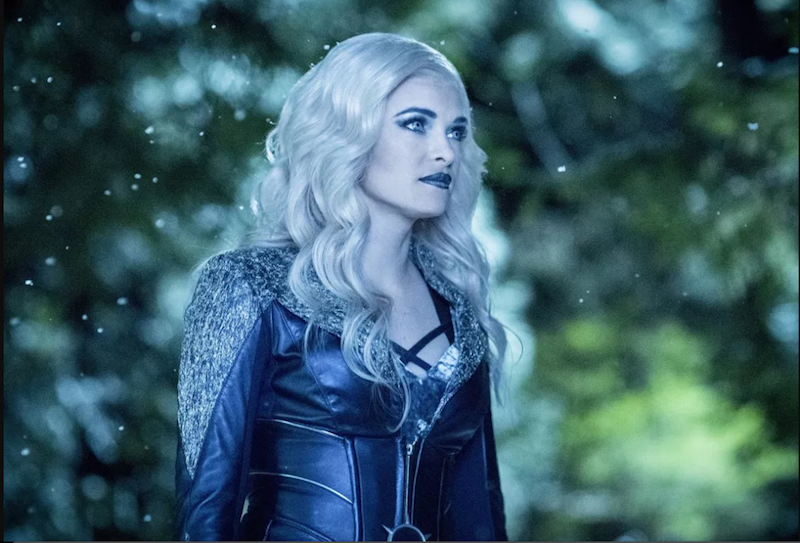 The God of Penultimate

“Infantino Street” served the season arc extremely well. It moved the plot along (understatement of the article) and shed some light on Savitar’s motivations. It left the characters on a sort of a cliff regarding “what do we do now.”

Now, there is one more thing I’d like to address in this review. “Infantino Street” has been out long enough that there are already rumors flying around about how it’s H.R. and not Iris that got stabbed. The reason being is that so far there has been a new Wells every season. Considering the rushed relationship with Dr. Brand, and the introduction of the light refraction tech that Barry used, I could see it. Maybe the writers just wanted to give the only likable Wells a decent send-off.

Has the show explained the reason Savitar has the scar yet or did I miss that?

If you’re going to take Iris to Supergirl’s universe for protection, why not tell her to stay at Kara’s side?