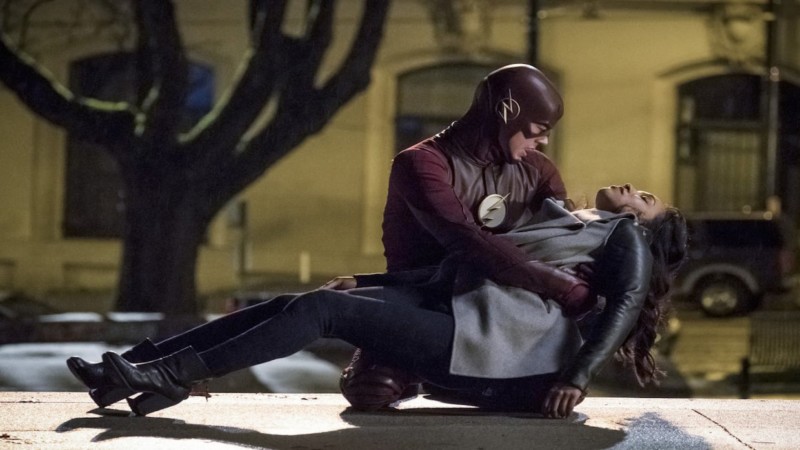 Well, that’s that. Another season of Flash in the books people. This season was good! It had enemies, frenemies, enemies turned frenemies, as well as new and exciting characters. However, I don’t think the season finale, titled “Finish Line” ended the season all that well. Quite frankly, it bungled the key elements of a finale. But before we get into how the finale was mishandled, I just want pat myself on the back, because now there will be no shoe-eating.  In case you were wondering, it was indeed a nerve-wracking week. Ironically, my wait for the finale was more suspenseful than the episode itself, since….

Finales can be tricky. On one hand, you want to see closure of the problems that have plagued the cast over the entire season. On the other hand, you need to flesh these solutions out correctly. Now I’m not saying that “Finish Line” should have just ended with Savitar’s death. In programs like this, you need to be able to finish the issue of the current season and leave time to set up next season’s challenge. 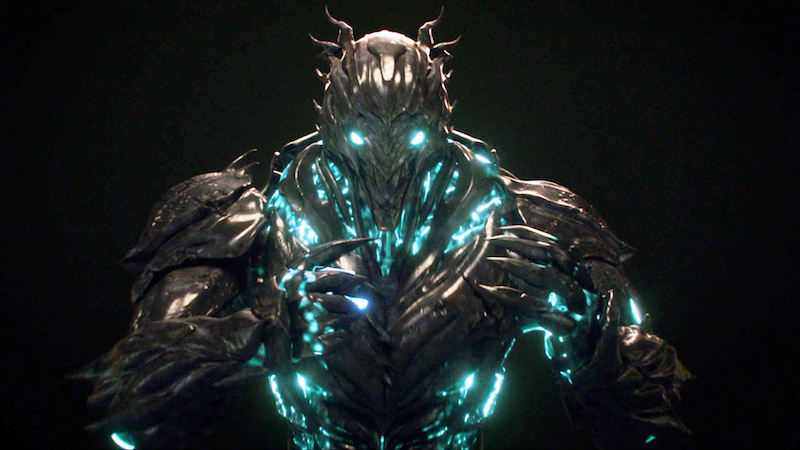 My point is “Finish Line” seemed to lack the appropriate amount of tension that comes with closing out a season finale. Oh, Iris is dying? Well just wait two seconds later, you find out it’s actually H.R. I understand the need of having Barry try to persuade Savitar to “find the good” in himself. However, the amount of time that was spent on that as opposed to covering H.R’s death seemed extremely disproportionate.

An ending you could see from a mile away

Then there was the battle just before Savitar’s actual demise. Given, there probably wasn’t a FLASH watcher who didn’t think Caitlin wouldn’t flip and help Team Flash. But you could see the moment she was going to do it a mile away, no? Barry is in trouble, no one can save him. Savitar gives a monologue about finally being able to finish him off (like all villains must). But then, the newly reformed Killer Frost steps in and puts a stop to it. Deciding that killing all of her former friends is NOT what she wants to do.  Pretty cliche, pretty obvious from the get-go.

An unceremonial ending to a formerly formidable foe

One thing that wasn’t obvious from the get go was the swift ending of The Black Flash. It was a compelling choice. Here was a character that had made his mark across the Arrowverse. Was THE reason Thawne was doing what he was doing in last season’s DC’s LEGENDS OF TOMORROW. The main bad guy in the last season of THE FLASH. And Killer Frost just ended him in half a second. That begs the question if Caitlin was that powerful, why wasn’t she the main antagonist of the season?  However, for as cheesy as it sounded, Savitar’s line about how speedsters can’t handle cold is a very important fact to remember. If Caitlin comes back after “finding herself” as she put it, she could become an even more powerful member of Team Flash.

While Season 3 made strides in all facets of the show’s production, “Finish Line” was quite a letdown. It seemed to move too quickly during dramatic climax’s, and to drag on during the lulls. And while Savitar is a decent villain, I can’t quite shake the idea of what could have been had Killer Frost been the main antagonist. It seems as though this show relies only on evil speedsters when it comes to the “main” bad guys. And this would have been an excellent opportunity to break the mold.

Savitar’s demise aside, the actual ending of the show, with Barry being stuck in the Speed Force ala Crisis on Infinite Earths sets up for an interesting start to season four. As Barry explained, Central City Still has another Flash in Wally. Which is a good thing. Wally is essentially a  guest star at this point. With Star labs in ruins, it now seems that there is a lack of friends, equipment, and a leader. While that makes things look grim for Team Flash, it should provide us viewers with a stellar start to season 4.