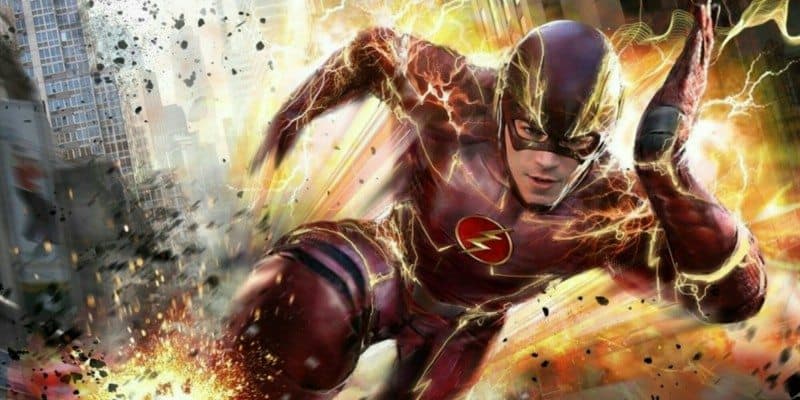 The Flash returned this week with the best episode to date!  Reveals, character development, and a twist ending – everything in this episode was amazing!

The episode starts off with a flashback to the night of the particle accelerator explosion, where we see Clyde Martin once again escaping with his brother Mark in their plane. Once in the air the two share brotherly banter that is so sweet it almost makes me feel bad for Mark who, as we all know, is going to lose his brother to Detective West. Suddenly the storm caused by the particle accelerator explosion begins to affect the Clyde brothers’ plane, causing them to crash. The special effects team once again shows their skills and they display a very realistic plane crash.

Flash-forward to present day and we find Barry on a date with Linda at a bowling alley. The two run into Eddie and Iris and they all decide to play with each other. This impromptu double date shows Linda, Eddie, and the audience that there definitely is something between Barry and Iris. This will come into play later on in the episode and no doubt the season. 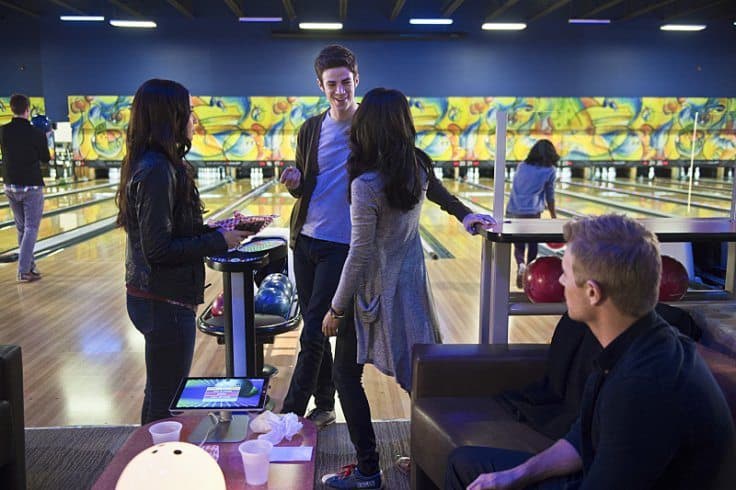 Elsewhere Mark Martin visits the morgue where the body of his brother Clyde is being held. While there he finds out that Detective West was the one who killed Clyde and he is now out for revenge! At Star Labs. Harrison and Cisco are enjoying an old black and white movie together when they get a call about a break-in at the morgue. Eddie receives the same call and has to leave the bowling alley early, Barry follows him initially as Barry Allen then he changes into the Flash. While running over there Barry notices that another speedster is running beside him, and then he vanishes. This other speedster looked suspiciously like the Flash, but we’ll have an explanation for that later.

This episode was a mix of betrayal and romance. These DC shows are really soap operas with superheroes, and there is absolutely nothing wrong with that.

The betrayal portion of the episode is courtesy of none other than Harrison Wells, or should we say Eobard Thawne! That’s right ladies and gentlemen; Harrison Wells has revealed himself to be the Eobard Thawne version of the Reverse-Flash. This reveal came about when Cisco begins investigating what went wrong on the night when they captured the Reverse-Flash. To have some time alone at Star Labs, Cisco asks Caitlin to keep Dr. Wells away for a few hours. While alone, Cisco discovers that the containment field was working fine the night they captured the Reverse-Flash. But he also discovers that the Reverse-Flash that was in the containment field was not the real one; he was nothing more than a pre-recorded hologram! It doesn’t take Dr. Wells long to realize that Caitlin is deliberately keeping him from Star Labs, so he wastes no time to simply abandon her at Jitters and rush over to Cisco.

Dr. Wells arrives and does a sarcastic congratulatory clap to Cisco for figuring out his secret. It was in this moment that Dr. Wells reveals that his real name is Eobard Thawne, a distant relative to Eddie Thawne. If that weren’t enough, he also explains why he’s here and trying to help Barry become faster; he has been trapped in the past for 15 years. He states that Barry is the key to helping him return home to his own time. Cisco offers to help but he is shot down by Eobard who feels that he can’t allow Cisco to live so long as he knows his secret. Eobard vibrates his hand extremely fast, then jabs Cisco through the heart ala Indiana Jones and the Temple of Doom.

His last words to Cisco before he dies were interesting; he said that he has been dead to him for centuries. This implies that Eobard Thawne comes from a very distant future. 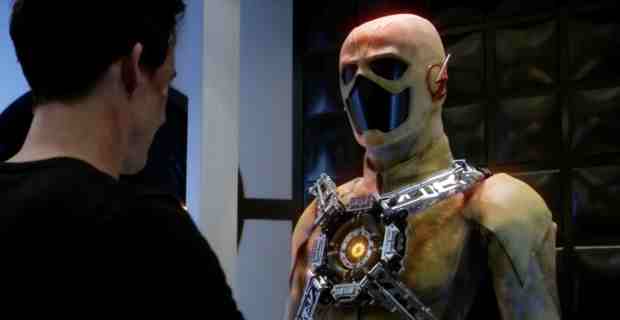 The romance portion of the episode came from Barry and Iris. In previous episodes there was almost no chemistry between Barry and Iris. But as the series progressed and we saw Barry interact with Iris as the Flash, a romantic connection was definitely forging. This episode knocked it out of the park in this department. Iris tells Barry flat out that she doesn’t think that Linda is right for him. Not too long after that moment, the two leave the police station to try to save Joe who was captured by Mark Martin. In the heat of the moment Iris tells Barry that she does love him too and the two share a passionate kiss (you can almost hear the fan girls squealing).

To make this moment have an even bigger impact, Barry chooses this time to reveal himself as the Flash to Iris!

The Flash takes Caitlin’s advice; he runs back and forth alongside the border of Central City to stop Mark Martin’s tsunami from destroying it. Except Barry ends up running so fast that he ends up back in the city running alongside another speedster once again. This speedster fades away and the Flash is left in the exact same location he was at the beginning of the episode. Not only is it the same location, but is it also the same time that it was at the beginning of the episode. The Flash went back in time!

This was a fantastic episode, despite the fact that most of what occurred in the episode has become instantly negated with the Flash going back in time. Some may feel that using time travel to erase the events of episode is as lazy as using the “it was all a dream” method to finish a story. This episode was anything but lazy, the amount of information revealed and the new questions that they bring up will have people talking/theorizing for days. Till next week when we see the return of Captain Cold, Heatwave, and the newest rogue, the Golden Glider.

See you then, Flash fans!