Barry Allen meets a new Strength Force-enhanced hero in THE FLASH #60. Fuerza, the aforementioned hero, makes her debut this issue and her story proves to be a truly compelling one. Joshua Williamson creates a unique new character with a clever modus operandi. What’s great is that while Fuerza is a physically strong character, the core of her powers comes from her staying calm. That interesting twist, in part, makes Fuerza into one of Williamson’s best additions to the Flash lore since the beginning of this series. Artist Rafa Sandoval’s costume for Fuerza is also really stylish. It’s a seriously cool new character design.

Chaos in Corto Maltese in THE FLASH #60

In the last issue, the Flash learned some huge secrets about the various Forces. In the past, each Force — not just the Speed Force — had its own avatar who protected the multiverse. He also learned that a new Strength Force avatar recently popped up in Corto Maltese. In THE FLASH #60, Barry makes his way to the country and ends up in the middle of a fracas between the local police and Fuerza, the Strength Force avatar. Flash initially fights Fuerza, since he sees her attacking police officers. However, he quickly learns that they’re corrupt, once one of them takes Iris hostage after Barry chastizes them for wildly shooting their guns near civilians. He teams up with Fuerza to save Iris, eventually retreating from the battle with Cauldron, the corrupt police chief. 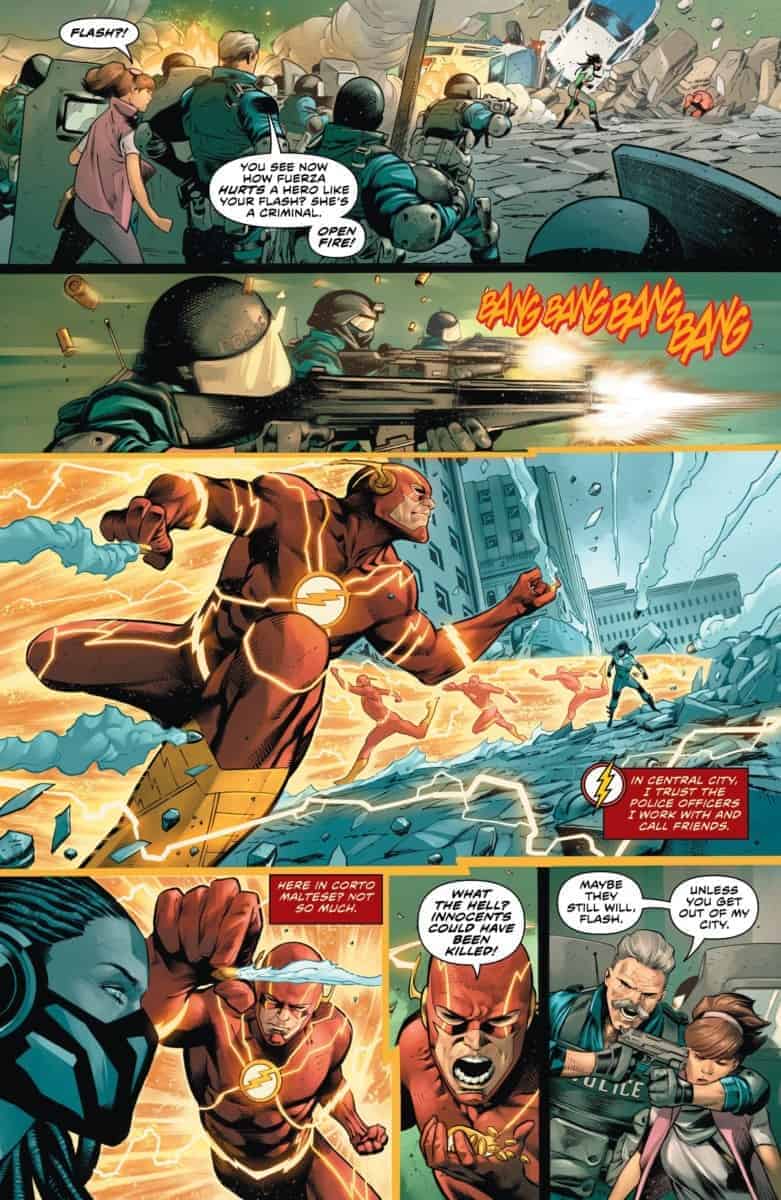 The Flash follows Fuerza and — once he realizes that she’s the Strength Force avatar — he reveals his secret identity, since he feels a primal connection between their Forces. Hesitant at first, Fuerza eventually warms up to Flash and explains her backstory. She was swallowed whole by a sinkhole, much like Trickster a few issues ago, and emerged with Strength Force powers. She used these powers to create a safe haven for Corto Maltese residents who oppose Cauldron. Unfortunately, Cauldron isn’t close to finished in his fight against Fuerza. What’s his next attack? Read THE FLASH #60 to find out!

Fuerza’s Strong Debut in THE FLASH #60

Williamson’s new addition to the Flash’s mythos, Fuerza, proves to be brilliant. She’s a refreshing new character, different from other Flash allies and foes. These new Forces, in general, are a really intriguing idea, and Williamson has been doing a bang-up job slowly developing the nature of theses these Forces. Fuerza’s no exception. I like how she’s already a very capable crimefighter who has a pretty good handle on her powers after only a few weeks of getting them. So often, we’ve seen a hero meet someone who recently obtained special abilities who doesn’t know how to use them. It’s great to see a character capable enough to figure out her powers on her own. In fact, if anything, the Flash learns from Fuerza rather than the other way around.

Williamson also writes her not only as knowledgeable about her powers but also as a capable hero on top of that. She’s already created a secret hideout for her friends, allies, and family in only a few weeks. She’s got strong convictions that are truly morally sound. I’d gladly read a miniseries about Fuerza’s backstory. I’m truly intrigued by it.

Strong Design in THE FLASH #60

Rafa Sandoval’s design for Fuerza is really eye-catching. Upon first glance, she sorta looks like some new Mortal Kombat character mixed with a superhero, thanks to her mask. Her face mask adds a unique spin to the normal vigilante costume design. The costume itself looks a bit similar to a Green Lantern suit, especially Jessica Cruz’s, but it’s different enough to not be confusing. The more calming green really pops, and it works really well as a complement to the Flash’s more striking red-and-yellow color scheme. 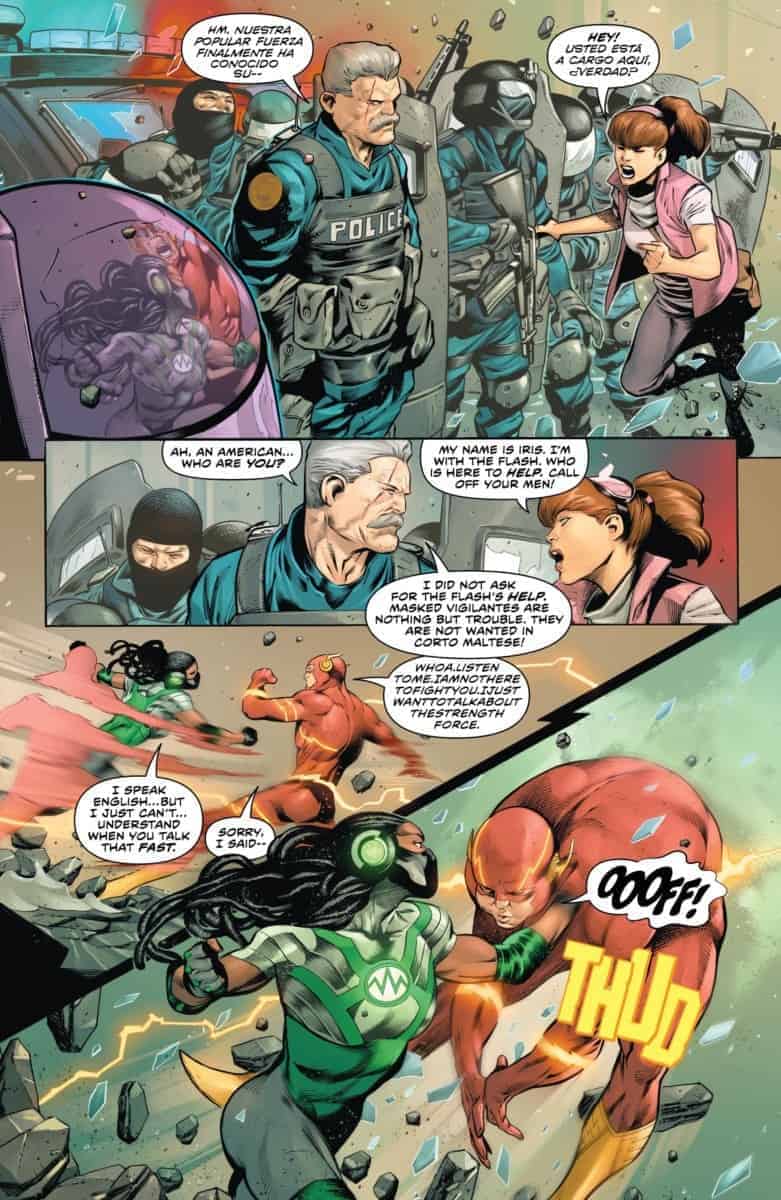 The only thing I’d like to have seen was a bit more connection to her culture in her costume. Since that’s what her character is mainly about, saving her homeland from corruption, it would have been nice to see that in the outfit too. Since Corto Maltese is a fictional country, it would have been a perfect opportunity for worldbuilding, adding some sort of cultural signifier for the country. Regardless, the costume still looks great.

THE FLASH #60 is another excellent issue of this book. Williamson and Sandoval create something special with Fuerza. I’m excited to see where her story leads!