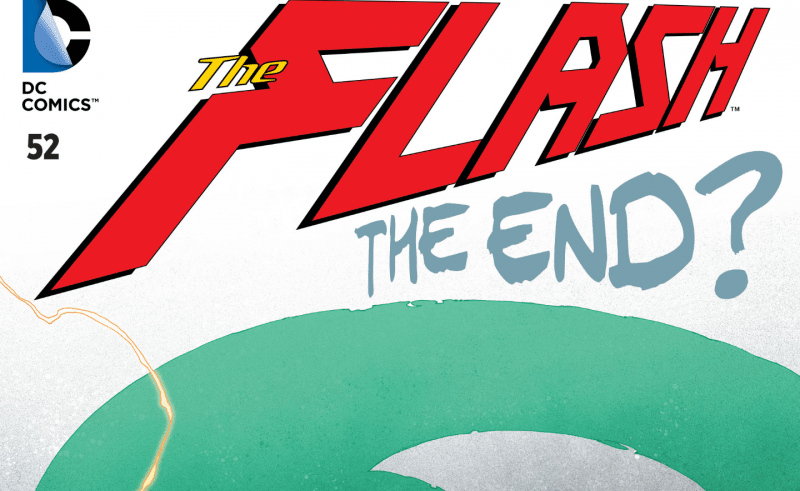 The Flash has effectively ended its New 52 stint, which was written by Van Jensen and drawn by Jesus Merino. Issue 52 isn’t a comic for the ages, but it packs a lot of fun with traditional superhero throwback elements. As puzzling as the crossover with The Riddler has been, it works well enough to keep you flipping the page, and the Riddler’s zaniness and ego aren’t that different from Flash’s rogue gallery anyway.

However, it’s probably fair to say this book is being overshadowed by DC Rebirth. Rebirth is heavily focused on the Flash and in that story, more emotional grit is required, wheras THE FLASH #52 is more geared towards a classic hero vs. villain battle than the inner workings of the characters psyche or entire universe for that matter.

READ: Feeling behind? Catch up from last month’s THE FLASH!

Basically, the plot begins with the Flash captured. Barry’s head is entrapped in a guillotine and the Riddler has an army of drones ready to decimate the city. Riddler believes he has accomplished his goal, allowing himself to inflate his ego. However, Wally West won’t let the Riddler kill the Flash, and he unleashes his speed destroying one of the drones. This distraction makes him believe the Flash he has captured is an impostor, helping Barry to escape. Barry uses his freedom to team up with his own rogues’ gallery, so they can reclaim Central City and abide by their unusual criminal code. 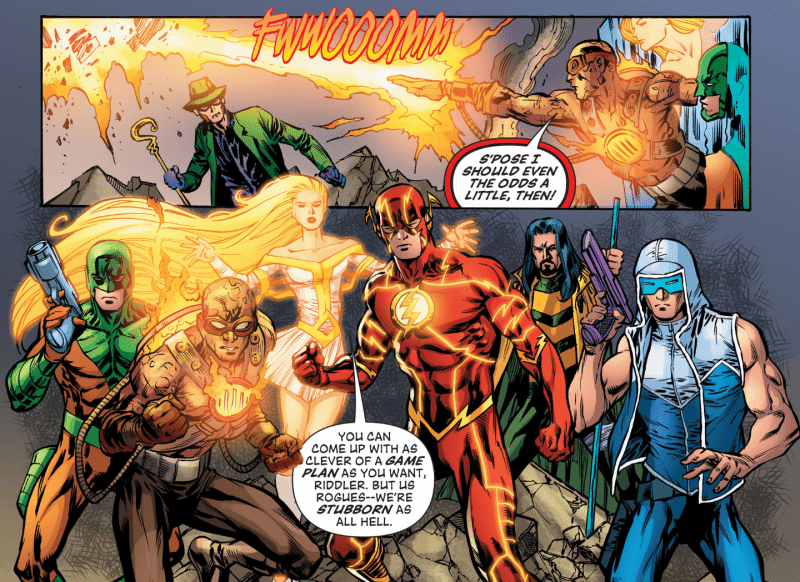 For pure entertainment value, the arc, and particularly this issue, does the deed. The throwback vibe brings both positive and negative elements. For example, sometimes it comes across as a little too simple, especially The Riddler’s naivety for distractions and jumping to inane conclusions. It’s also hard to believe the Riddler would be this formidable to the the Flash and Central City, and as quickly as he mounted chaos, get disposed and even spared from the rogues blood lust. The book also didn’t seem to display any deeply rooted themes other than good prevails over evil. Barry is very much the titular hero, who’s not afraid to work with his enemies to defeat a bigger problem, and the issue simply confirms Flash will continue being Flash. It’s nothing we haven’t seen before, but I don’t want to discourage anyone from picking it up because it is still an amusing read, just not a cerebral one.

READ: Ever wonder why most superheroes have to go through tragedy? Check out our analysis of this popular trope to find out!

The art is a highlight of the book. Merino allowed the action to be visualized with explosive sequences that make the colors easily jump right off the page and the characters lively. The Riddler’s person-tied-to-train-tracks-throwback-essence seems to be on grand display. The images that actually personify the action and throwback style of the book the most are panels with close-ups of The Riddler’s face; his silhouette with the white backgrounds, the guillotine, and the collection of rogues gathered together is a true delight.

This issue may not stand the test of time, but it’s pleasant. DC Rebirth is casting an awfully large shadow on The Flash’s New 52 exit, so it’s a fair conclusion with this in mind. The series, as a whole, delivers plenty of well-rounded stories, but it never quite reaches the heights of The Flashpoint Paradox or the previous canon of Wally West’s tenure. It’s trapped in an awkward time for DC, but hopefully, the future is bright.

READ: Look to the future with our review of DC UNIVERSE REBIRTH #1! 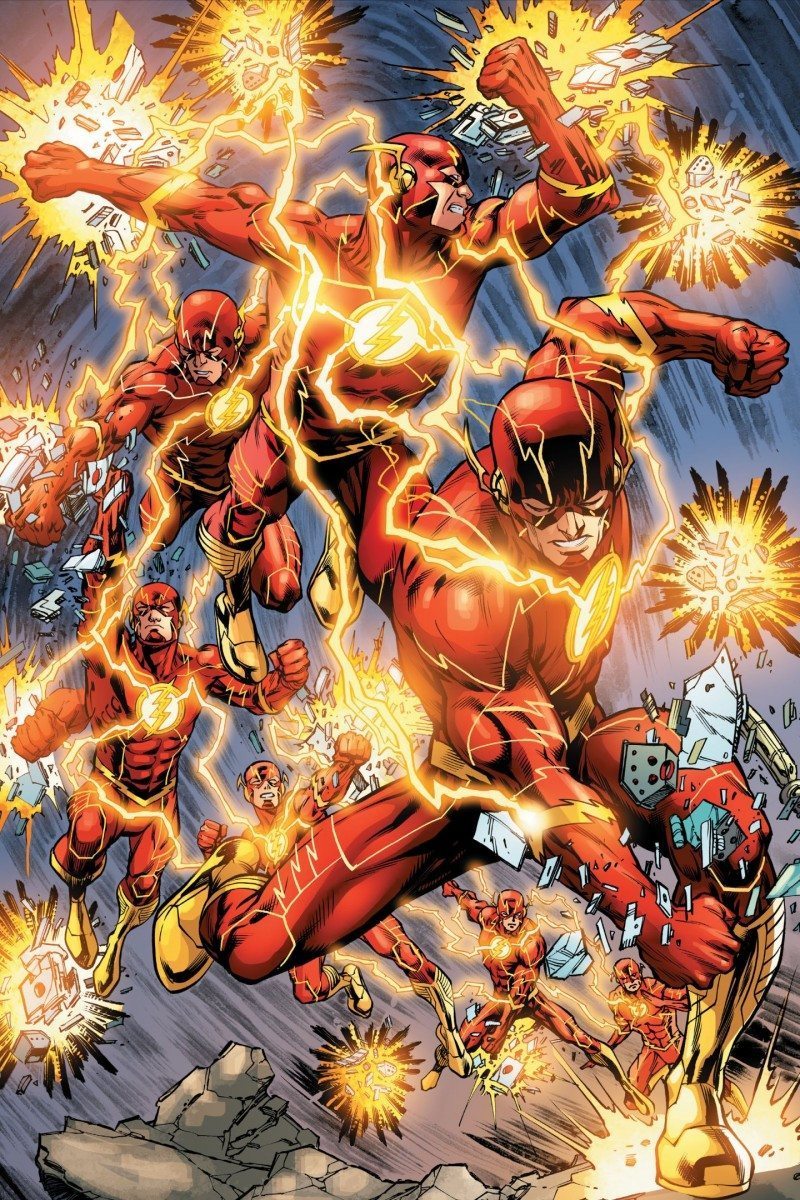