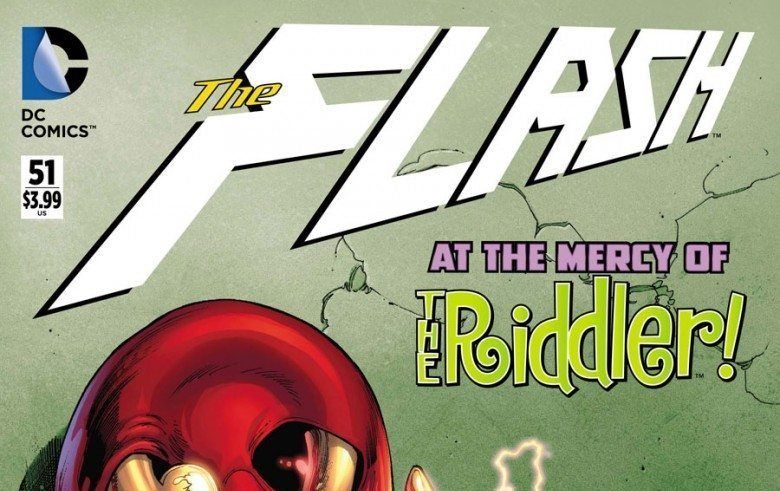 Barry Allen continues speeding towards DC’s upcoming Rebirth in the penultimate issue of the series’ New 52 volume. Picking up where last month’s fiftieth issue ended, THE FLASH #51 brings The Riddler’s master plan for Central City and the Scarlett Speedster into focus.

READ: Catch up on the last issue of THE FLASH here!

The issue begins right where the previous one concluded, with Flash surrounded by several of the Riddler’s armed drones. Initially, Barry shakes off the threat and quickly disarms them. However, before he can incapacitate the Riddler, the villain warns that he has thousands more armed drones circling Central City set to fire if Flash lays a hand on him or uses his speed. Unwilling to put others at risk, Barry is prepared to die until he’s rescued by the reformed Rogue Pied Piper on a souped-up motorcycle. 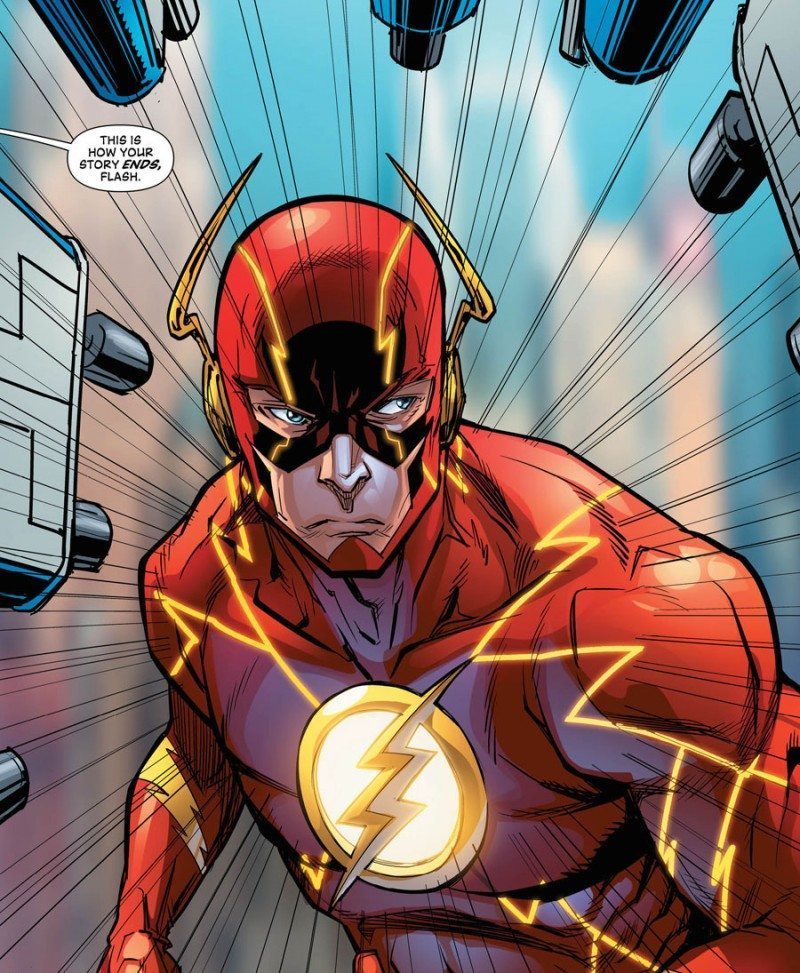 After a high speed chase, the duo is able to escape but their situation is grim. In addition to essentially cutting off the Flash’s powers, Riddler forces the CCPD to stand down and runs Captain Cold and the rest of the Rogues (outside of Trixster, who’s allied with Riddler) out of town with the help of his drones. With police and metahumans powerless to stop him, Riddler has the whole city, including Wally and Iris West at his feet. Even so, Riddler sees defeating Flash as the ultimate prize, so he gives Barry 15 minutes to turn himself over or he’ll have his drones open fire.

Much like #50, THE FLASH #51 is more flash than substance, no pun intended. The plot itself is paper thin. As I alluded to in my previous review, Riddler’s appearance here is borderline nonsensical. His brief explanation as to why he’s decided to target Flash/Central City gives no justification for his actions. It almost reads like writer Van Jensen badly wanted to use the villain and worked backwards from there instead of using an antagonist who organically fits the story.

That said, the story does work better here than the previous issue mainly because of the moral dilemma placed on Barry Allen. The Riddler has not only neutered his powers, he’s also outsmarted Barry and seemingly removed any hope for victory. It’s ground that’s been tread on before, but Jensen pulls it off with aplomb. I also enjoyed the brief moment with the Rogues at Golden Glider’s bedside. When used correctly, the Flash’s Rogues are my personal favorite group of villains in comics because of their odd familial bond and hierarchy. This scene exemplifies just that. 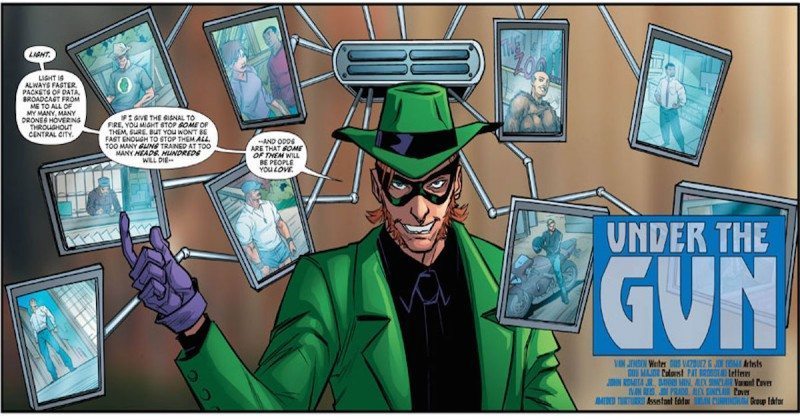 I was a big fan of the art in this book. THE FLASH #50 b-story artist Joe Eisma teams with Gus Vasquez, and the results work really well. The melding of their styles creates a book that still looks like an action comic book with a cartoonish air. I particularly liked their character design for the Riddler, who has a bit of a toned-down pulp villain aesthetic.

THE FLASH #51 isn’t a great comic, but it’s an improvement over the previous issue. The Riddler’s plan comes completely from left field, but the moral dilemma he places The Flash in makes the book a somewhat engrossing read and sets up a potentially explosive finale.