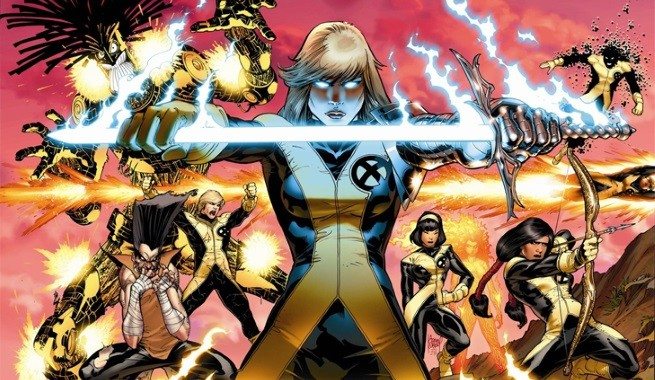 The first draft of New Mutants is COMPLETE @Kinberg @KnateLee

In honour of this (and purely as an expression of, ah, X-citement!), here are the top five New Mutants I want to see hit the big screen! 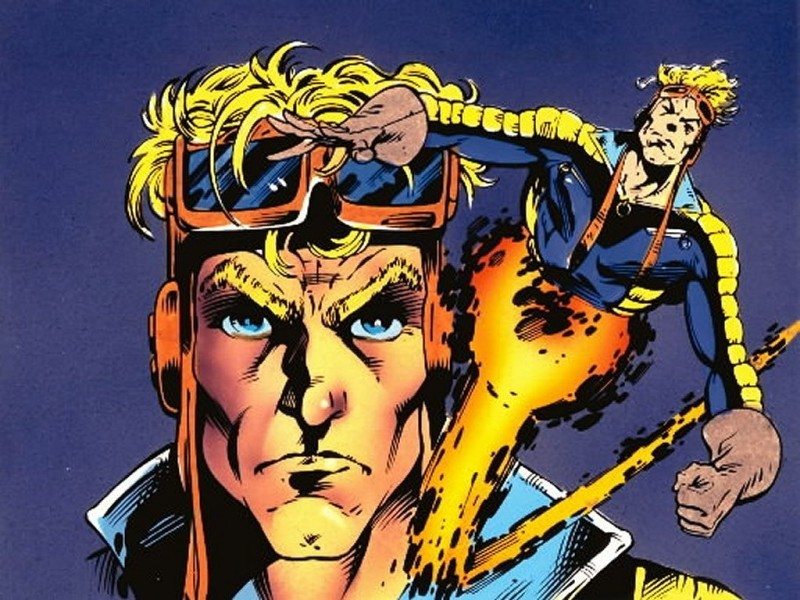 As any comic book fan will know, the New Mutants were a group of students at Xavier’s School – supposedly in training to become X-Men.  By the year 2000, only one New Mutant had actually made the jump to the main X-Men comics, and that was none other than everybody’s favourite Cannonball!

WATCH: Our exclusive interview with BOB MCLEOD, creator of the New Mutants – with info on how Cannonball was created!

Part of the beauty of the New Mutants is that they ditched the stereotypical superhero clichés.  Cannonball – or Sam Guthrie – is a long-and-lanky teenager with the power to generate a powerful energy-field around him.  This propels him in flight, makes him nigh-on invulnerable when ‘blasting’, and can be blasted out as an attack as well.  Still, it’s not his powers that make Cannonball such a cool character; it’s the design, combined with the solid characterisation.  He’s a good and noble soul, utterly dependable, and you could tell from the outset that he’s got a great destiny as a future leader of the X-Men. 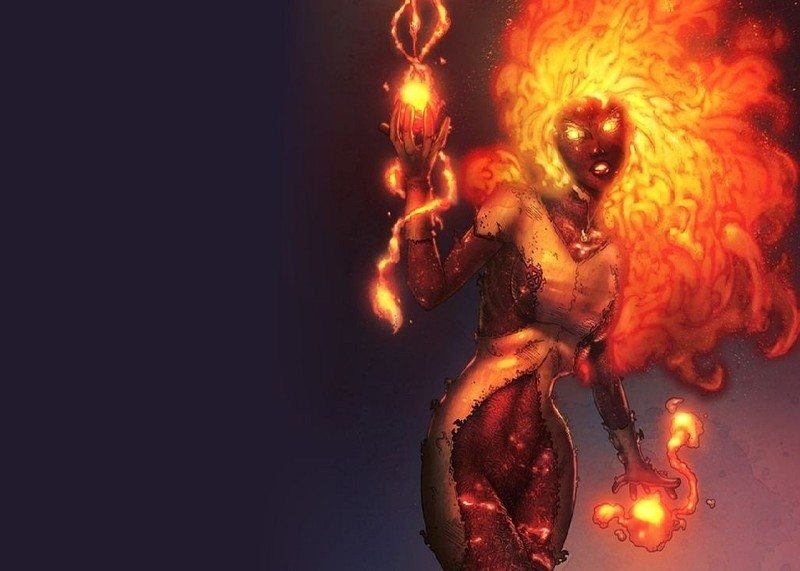 OK, Fox’s FANTASTIC FOUR movie may have sucked, but the effects had their moments.  I particularly liked the design around the Human Torch, and in a way, Magma is an opportunity for Fox to reuse some of those tricks.  Only, this time, please make the film work too, right, guys?

Magma is a beautiful and entertaining character, but her powers make her stand out.  She’s tied to the Earth itself; only in recent comics could she even fly, and to be honest that makes little sense, as the Earth is the source of her powers.  She can trigger devastating volcanic eruptions and earthquakes, while shifting into a magma-form herself.  She’s fiery enough to even catch the eye of Marvel’s equivalent of the devil, Mephisto, and the two actually dated!

Imagine the potential of it: a tremendously powerful mutant, one who, if in the wrong place, could trigger a fault-line to slip and wreak havoc on a colossal scale.  If there’s ever been a mutant who made it clear why Xavier needs to train mutants, it’s Magma. 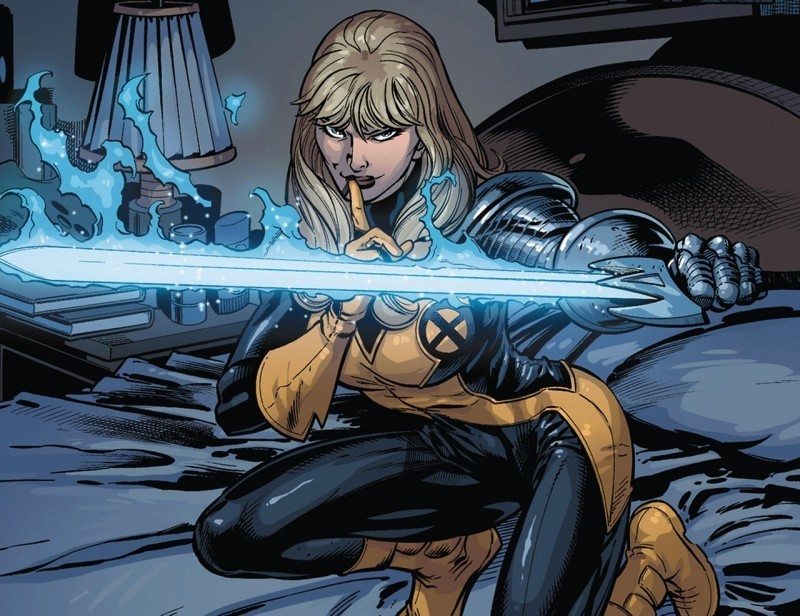 OK, I admit it, I’m a tremendous fan of Magik.  Sister of Colossus, her story is pretty complicated, but the movie could simplify it.  I’d go with a streamlined version in which Magik was a mutant who was kidnapped by a sorcerer, and taken to a demonic realm.  You could set up her inner darkness, and then, in a second film, really go ballistic with the evils of Limbo.  I mean, let’s face it, it’s pretty clear now that superhero fans will accept a little bit of sword-and-sorcery (THOR: THE DARK WORLD, anybody?)

Magik adds a morally grey side to the story, while her stepping-disc teleportation and her Soulsword give Fox an opportunity to riff on the brilliant work they did with Blink.  She’s still different enough to stand on her own two feet, though. 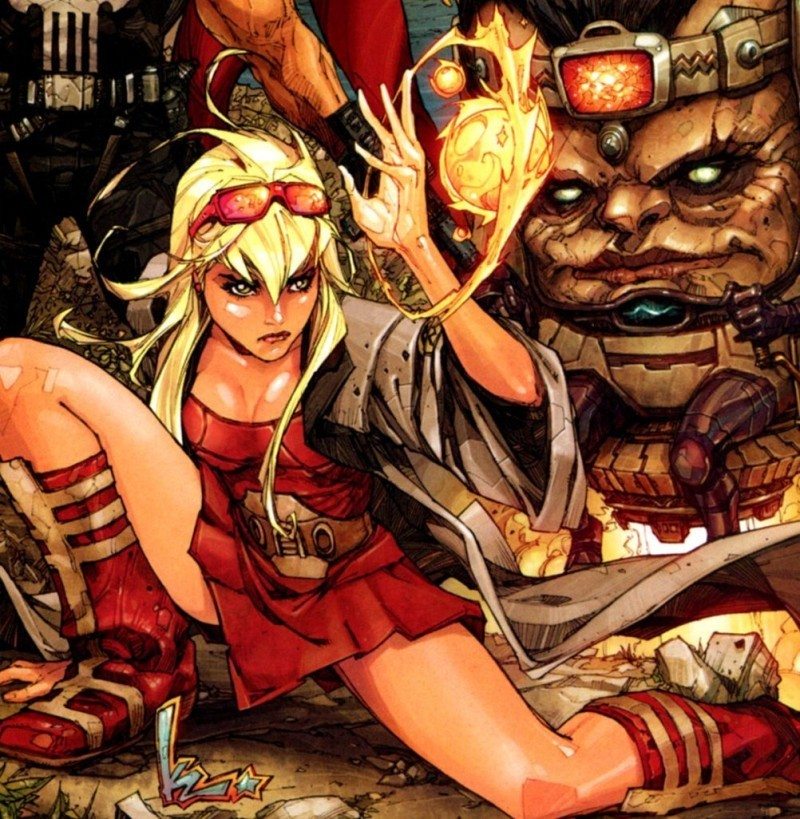 OK, is there anybody who doesn’t love Boom-Boom?  Streetwise and sassy, Boom-Boom is a kid who stumbled into the lives of the X-Men, and has never left them.  Her power is to generate explosive plasma-spheres, which usually have a three-second timer; cue the catchphrase, “Tick, tick, BOOM!”

Given that Boom-Boom hasn’t always been on the side of the angels, she could easily be introduced as a mutant using her powers for fun, leading to an entertaining plot where the New Mutants cross paths with her.  Get the right actors for her and Cannonball, and you could have the sexual chemistry that I loved! 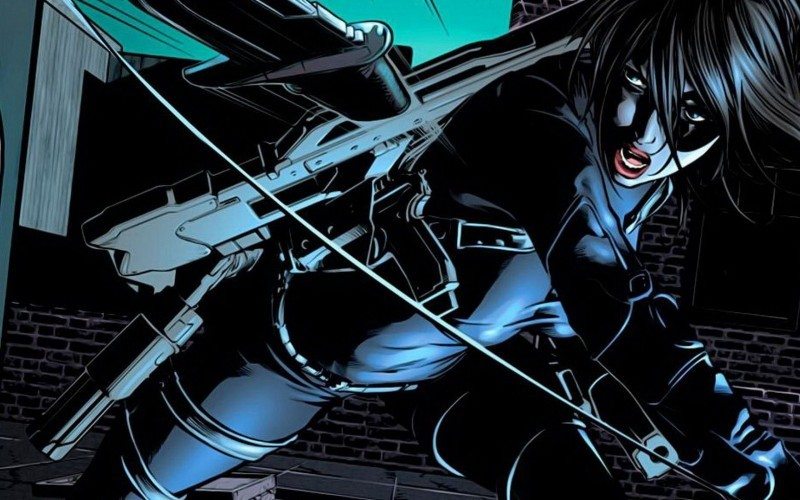 Given that Cable is a dead cert for X-FORCE, I’m figuring that his role in the New Mutants should be occupied by the probability-manipulating mercenary, Domino!  A skilled warrior, Domino tries to put on the act that she’s only out for herself, but as NEW MUTANTS – and the X-FORCE comic books they turned into – continued, it became clear she has a real love for these kids.  Think a mutant mercenary drawn into the New Mutants’ chaos, and reluctantly stepping up to take charge!

These are just my five – who would you want to see in NEW MUTANTS?