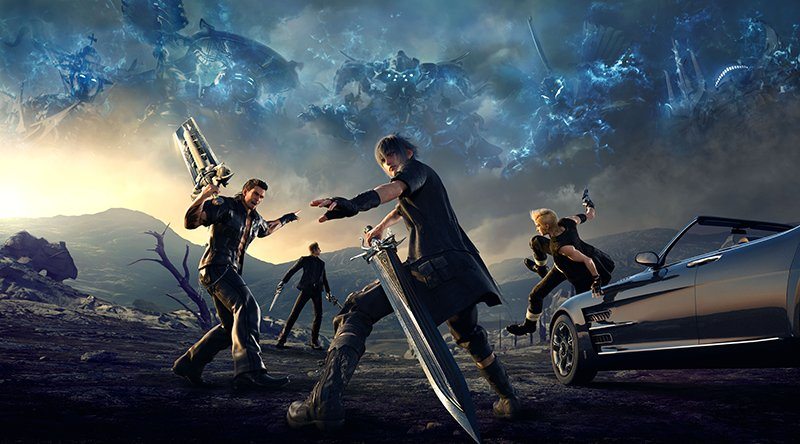 FINAL FANTASY XV was one of the most controversial undertakings of Square-Enix. Most of the controversy was centered around the obscene length of development time, (ten years) and the announcement of an all-male cast. One of the questions on people’s minds was how could a series with a history of equal representation think it was a good idea to have an all-male cast? I’ll admit, I was skeptical at first, but as I learned more about the story and characters, it became apparent that the game was subversively switching gender roles with its characters. This game won’t win any awards for feminism. I will say, though, that it’s a step in the right direction for positive representations of men in media that don’t rely on tropes muddled in toxic masculinity.

Men Can be Mothers Too

One of these subversive characters is Ignis Scientia. He is the strategist of the group and for all intents and purposes, is the mother figure for Prince Noctis. With the king being ill and occupied by his duties as well as a deceased mother, Noctis often felt isolated and it fell on to Ignis to look after him. He would clean up after him no matter how unbelievably messy his home was.  He would cook all his meals and often argued with Noctis about eating his vegetables, something we can all relate to.

He also seemingly spoils Noctis by always making him various desserts in a blind attempt to replicate Noctis’ favorite pastry that he can’t remember the name of. Opposite to him is Gladiolus, who is the big brother/father figure to Noctis and we get a dynamic where Ignis and Gladiolus bicker over how to deal with Noctis’ ever present habits of being a picky eater. Almost like a married couple.

The Importance of Healthy Male Friendships

Despite Gladiolus looking like a hyper-masculine stereotype, him and the rest of the party are not afraid to express emotion and adoration for each other. This is emphasized whenever the player retires at an inn room. Instead of a typical fade to black, we get small cut scenes showing the boys bonding in various ways through just talking or playing games. In battle, they are supportive of each other and make sure to pick each other up when one falls.

The most supportive member of the group and the most relatable is Prompto. As a child, he was extremely shy that stemmed from his insecurities about his body weight. In today’s society, male body image issues are largely ignored and it creates this perception that someone is less of a man if they feel insecure about their bodies and not part of a wider epidemic of fat shaming across all demographics. Prompto’s backstory took care to not include body shaming from his peers and he was treated just like everyone else. His lack of confidence held him back from making friends even though Noctis showed signs and hints at wanting to be friends with him but didn’t pressure Prompto until he felt comfortable.

Unbeknownst to Prompto, he was already a hero in his own right when he nursed a puppy back to health. It turned out that the puppy belonged to Noctis’ bride to be, Princess Lunafreya. She expressed her gratitude and urged Prompto to become Noctis’ friend since Noctis doesn’t blend in with other kids. Prompto then decides to lose weight in order to boost his confidence and to be helpful to Noctis as one of his personal bodyguards.

The main character himself, Noctis, comes off as the stereotypical brooding douche present in many anime.  He breaks this mold when it is revealed that he just wants to be treated like a normal kid.  He is a shy introvert who acts cool so people wouldn’t see him get embarrassed when his crush, Lunafreya, is mentioned.  His aloof and disconnected attitude is merely a byproduct of him overexerting himself with his duties as a prince.  He also doesn’t reject Prompto’s offer of friendship since he’s the first one to ever notice him as just another kid his age and not as the prince.  It’s like the producers trolled the Cloud fanboys by giving us an awkward Sora from Kingdom Hearts.

During early development stages, the director of FINAL FANTASY XV (Hajime Tabata) revealed in an interview that the creator of the FINAL FANTASY series (Hironobu Sagakuchi) provided feedback for him when testing the demos. Unfortunately, some of that feedback included begging Tabata to include a female healer since he felt weird about being healed by male characters. I thought to myself that if someone’s masculinity was this fragile that he can’t be healed by men, then I’m glad Tabata decided to keep the all-male cast and hoped the healing magic was as homoerotic as possible. Gladiolus walking around shirtless the entire game certainly reinforces that imagery for me nicely.

Girls Can Do It Better

Despite the emphasis on the “bromance” aspect, women still play important roles in FINAL FANTASY XV. Some of them can become temporary party members such as Gladioulus’ sister, Iris Amicitia, who uses martial arts, as well as a female antagonist named Aranea Highwind, who’s a Dragoon. The most important female character can be found where you least expect, in an auto shop repairing the party’s vehicle. She is Cindy Aurum, who is the female equivalent of Cid from the past games. Raised by her grandfather, Cid, he entrusted his auto shop to her after he retired, leaving Cindy to be the head mechanic.

The biggest criticism of her was her revealing attire. In my opinion, though, if one demographic can enjoy Gladiolus practically shirtless while fighting monsters, we can suspend disbelief over a scantily clad mechanic for other gamers to enjoy. It’s also interesting to note that in a male dominated field like machinery and car repair, the entire male cast is completely inept at this and rely on a badass woman to fix their car. Without her, they would have been captured, or killed, ages ago.

This might be an unpopular opinion, but I feel that game developers, and other artists, are generally more open minded than their audiences, but are often tied down by who their demographic is.  One example is the controversy of MOBIUS FINAL FANTASY.  The male protagonist, Wol, was designed to be a scantily clad hero, with armor that’s just as revealing as female armor was in past games.  Naturally, this caused an outburst, because how dare men and women be depicted equally.  His design was toned down a bit, but he still has that “sexy’ aesthetic to some degree.

People should remember that FINAL FANTASY, in general, has never had issues with representation.  Every game has had ‘a mostly equal’ cast with powerful male and female leads such as Cloud Strife and Terra Branford.  We’ve also had standalone female only games like FINAL FANTASY X-2 and FINAL FANTASY XIII LIGHTNING RETURNS.

While FINAL FANTASY XV isn’t perfect, it’s an improvement for male characters written across all media. They can take motherly roles, they can have body image issues, they can be sensitive, they can show affection without saying “no homo” afterward, and most importantly, they can cook mean meals. Seriously, half the game is food porn created by Ignis that looks so real, it seems like we can reach through our screen and eat everything. My hope is that games will continue to subvert and challenge gender norms and that maybe, we can erase the image of Resident Evil’s Chris Redfield punching a boulder in an active volcano… Maybe