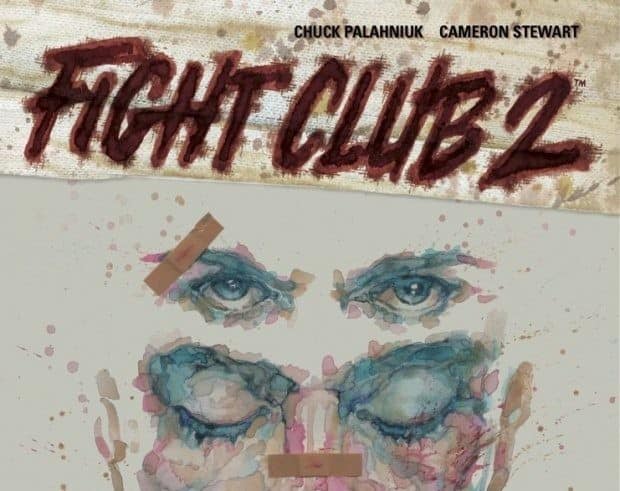 I am a huge Fight Club fan.  The original novel is one of my favorite books of all time.  I still remember the first day I read it- February 14th, 2006- in its entirety.  If you ran a search through my computers, you’ll find that I’ve written about or referenced it in at least 13 different papers throughout high school and college. It sticks with you.  The movie does, too, and for similar reasons, but the book makes everything so much more personal and intimate.  You become the narrator.  You see what he sees.  Of course, this means that you also see what Tyler sees.

One of the greatest aspects of Tyler Durden is the sanity in his madness.  Somehow, he’s a hero, a king, a god.  He is the man who fought the boring and meaningless existence within a society of consumerism and capitalism with his own brand of anarchy.  He is the man who sought to tear down the history that has been handed down to us to lead us on a path toward honest experience and true enlightenment.

This is not the man that remained at the end of Fight Club.  Fight Club ended with a gunshot by the narrator, a self-inflicted wound intended to kill his “Tyler” personality by killing himself.  He survived, but at the end of the book, it was hinted that Tyler might one day return.

First off, this first issue didn’t disappoint.  It picks up 10 years after the end of the novel.  To fill in fans of the movie who may not have read the book, the novel left the unnamed narrator (typically referred to as “Jack” due to the repetition of “I am Jack’s…” as a narratorial technique to communicate feelings throughout the book) in a hospital bed, being taken care of by nurses who believed Tyler would one day return.  This doesn’t appear to immediately be the case in the early pages of the sequel.  Actually, the character that the narrator has become is a dramatic shift from anything we saw in the first book. 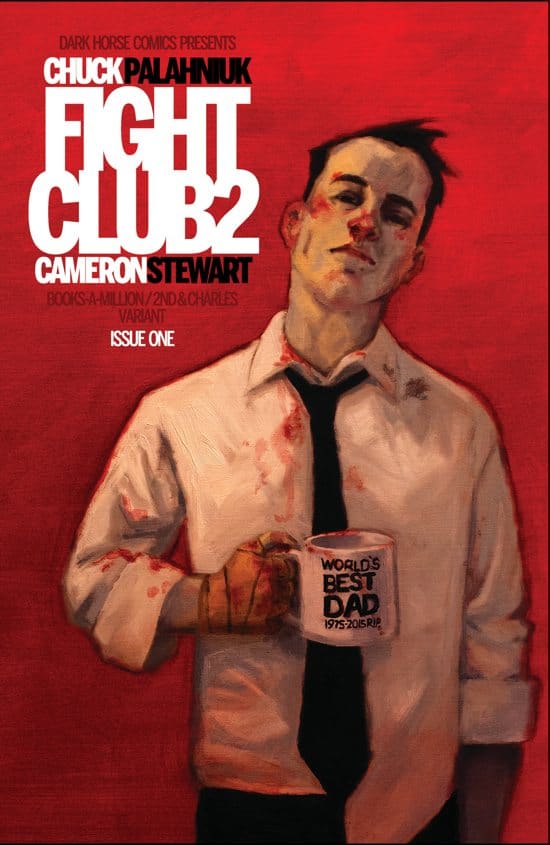 He goes by the name “Sebastien” now- one of the names he would use on name tags in one of the various support groups he’d frequent as a way to deal with his own depression and dissatisfaction with his life.  He is married to Marla Singer, with whom he has a son.  The son is about 9 years old, and takes after his father, particularly in his penchant for homemade explosives.  The son is our unnamed character this time around, being referred to only as “Junior” or “the kid.”  Called the “unforeseen consequence of sportfucking,” we learn pretty early on that he’s the product of one of Marla and Tyler’s violent sex sessions from the novel.  He will be the macguffin of the series- at the end of issue one, there’s a fire in Sebastien and Marla’s house, and Junior goes missing. 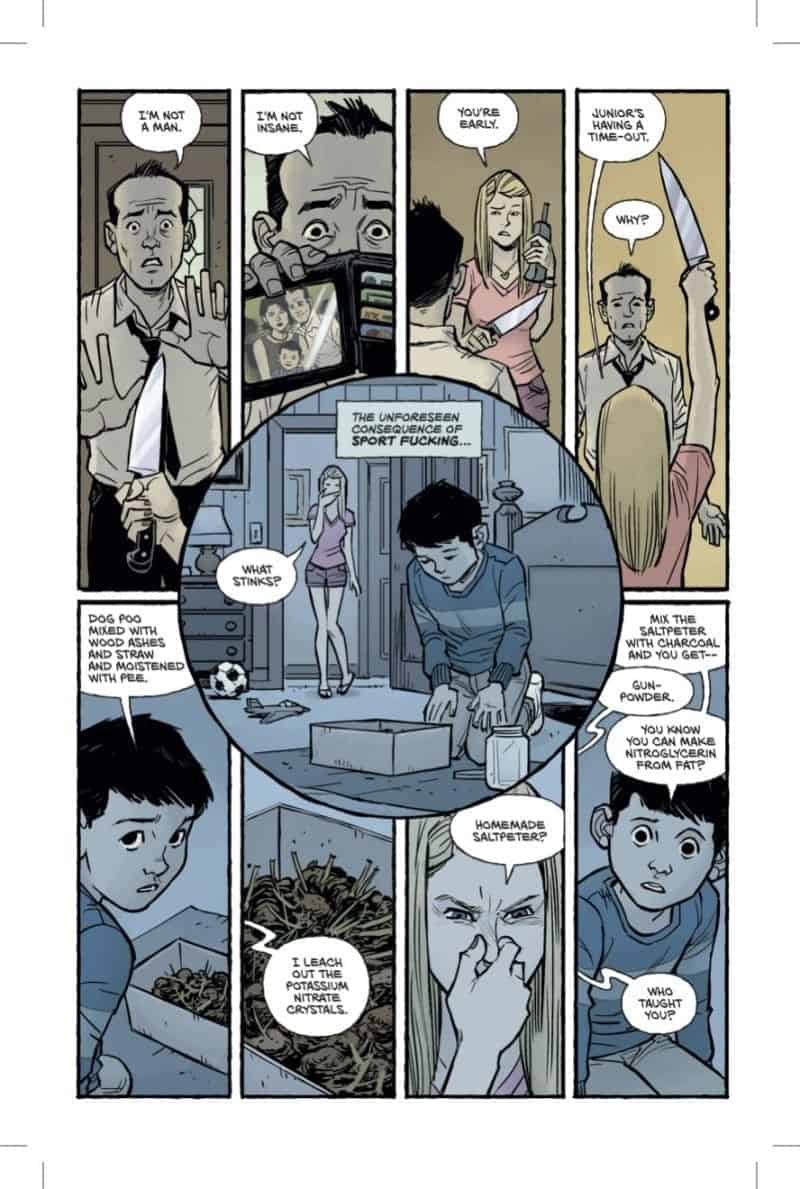 A few things that I noticed about the kid as I read through made me think twice about the character.  Firstly, he was born while Sebastien was in a mental clinic, so he didn’t really know his father at an early age.  Sebastien admits that he has become worse than his own absent father- he is a present father who is disconnected and detached from his son.  Tyler openly states that Marla is not his wife and the kid is not his son.  In a way, one could argue, Junior doesn’t have a father, either.  The nickname of “Junior” is also quite suggestive of taking after his father- in namelessness, in explosives, and who knows what else?

There is not yet enough evidence to suggest that Junior has similar personality issues, but he has been exposed to his father’s split personas.  It is clear that Junior is being mentored by Tyler.  Though this is never explicitly stated, he is being taught how to make explosives by a voice through a cellphone.  We later see that this is Tyler’s preferred method of communication with most people.  What’s interesting is that we haven’t gotten to see a clear picture of Junior’s hands yet.  I wouldn’t be surprised if there is a kiss scar there.

Marla is a similar beast to the one she was in Fight Club.  She is self-absorbed, shallow, and depressed.  Unfortunately for her, all of this is compounded by 10 years without Tyler, the man she really fell in love with.  Sebastien is a placeholder for her, and their marriage is falling apart as an effect.  The first issue takes place on their anniversary, and she skips out to go to a support group for Progeria, or accelerated aging.  She tastelessly compares her marriage troubles to those of 8-year-olds who are dying of old age.  While Marla has always had a rough edge to her, this action shows us just how much further down Marla could go to hit rock bottom.  What’s interesting is that it took life stabilizing for her to get there. 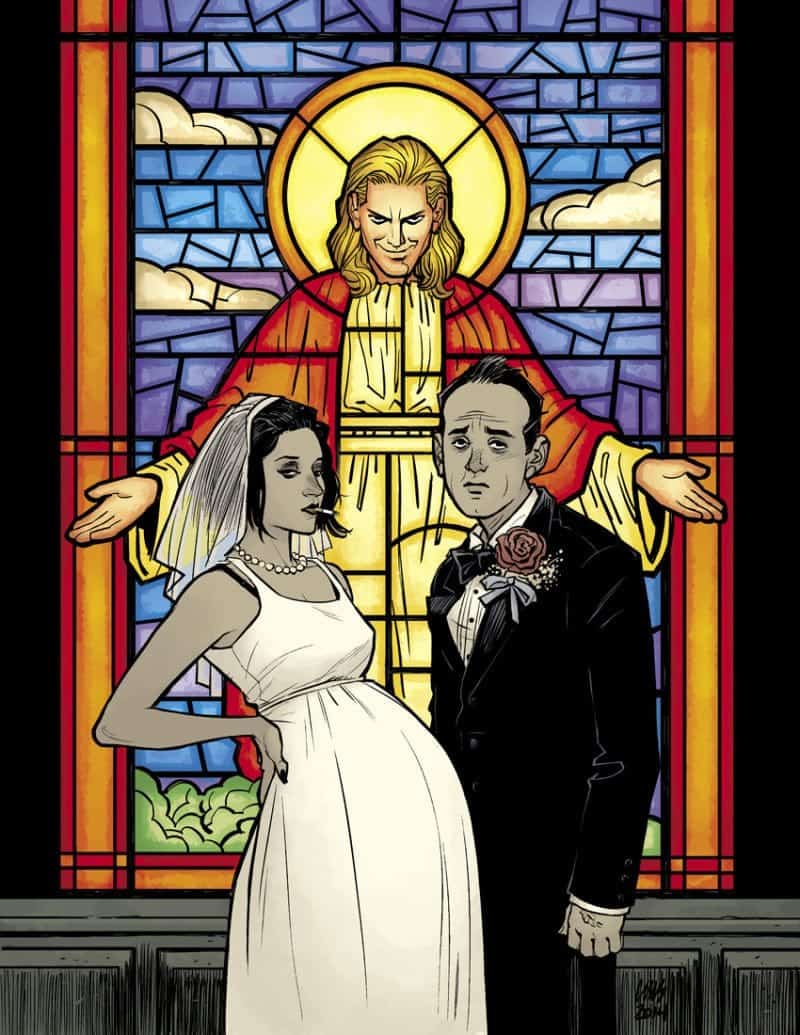 For most people, the life that Sebastien and Marla live would be ideal- they have a decent house, the white picket fence, a son who seems pretty intelligent.  This, to Sebastien and Marla, is purgatory. These two were united by anarchy and dissatisfaction with the establishment, as well as their plethora of mental issues.  Normalcy to them is deadening- Marla says that her 9 year marriage may as well be 60.  In her desperation, she has begun to summon Tyler.  She has been replacing Sebastiens pills with sugar and placebos in the hopes that Tyler will begin to appear.  She ultimately gets her wish, but not much has changed- their lovemaking is animalistic and it is unclear if the barking sounds on the panel are their sex noises (which would be no surprise when compared to some of the other things they’ve done and said).  This time around, however, Tyler wants more than violent sex.  He kidnaps Junior.

Sebastien has been handling the marriage as well as he can, but he’s moved from being a single man in his mid-20’s with no purpose or direction to being a married man in his mid-30’s with a kid and no purpose or direction.  He’s not exactly happy with the transition, and Marla doesn’t make it any easier.  He seems willing to fight for the marriage, which she desperately wants to end.  It’s no surprise.  He’s dealing with the same issues he always has been- the father-son relationship, relationships with women, and his own masculinity- in one panel, Sebastien states “I am not a man.”  Tyler was always the answer to these problems.

Sebastien, for his part, has been trying desperately to contain the Tyler personality, and truly believed it to be gone.  However, if the pills are any indicator, he has been urgently trying to fight desires within with medication.  He pops pills like I pop bubble wrap, unaware that they have no effect.  In fact, due to the illustrations, we can see that at moments when he needs the pills, they cover up Tyler’s narration as the pills appear spilled on the page.  It’s clear that at these moments, the pills are working, at least a little bit. 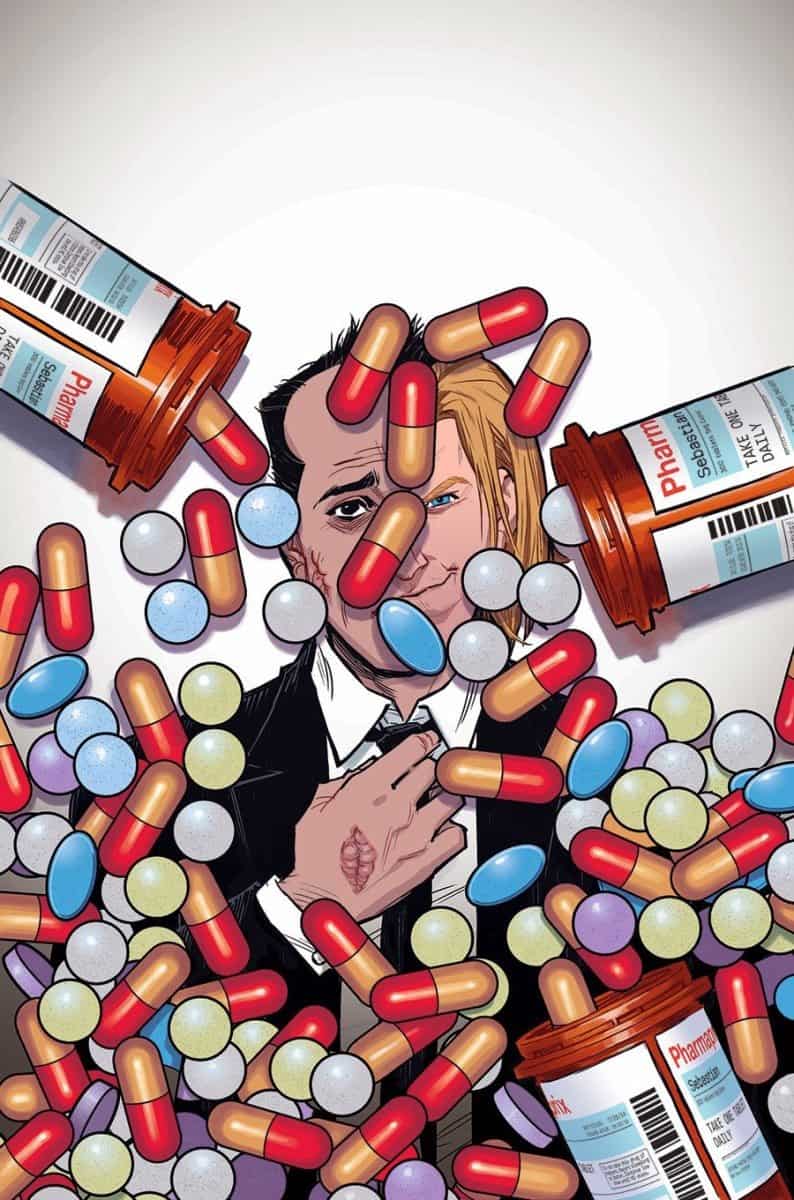 Still, as Marla said, Tyler took credit for just about every disaster that happened in the world.  With the help of Sebastien’s psychologist, we find out that he is actually behind most of them- assassinations, shipwrecks, bombings, and of course, soap sales.  It should be no surprise that the psychologist is a member of Project Mayhem’s next phase, “Rize or Die International”- so many people are, including a bartender we meet in this issue who wears the trademark kiss scar.  It turns out that Tyler emerges 3 or 4 times a week during hypnotherapy sessions to secretly run the world.  Somehow, Sebastien has remained unaware of this for the last 10 years, and insists that he is nobody, a statement which reinforces the idea that Sebastien has no purpose or direction in life.  He’s not the alpha male that Marla desires.

There are 9 issues remaining in this sequel to the classic novel.  How will Tyler and Sebastien’s relationship develop?  Will Marla and Sebastien ever reconcile?  Just how far from the tree did the apple fall- will Junior be as wild as Tyler?

Stick with me, and we’ll find the answers.

PS- did anyone notice on the red variant cover that the coffee mug says “World’s Best Dad 1975-2015 RIP”?  Possible spoilers?