Spoilers for the end of HEAVENSWARD will be featured. Don’t read if you haven’t completed the main story.

On June 23, 2015, FINAL FANTASY XIV released its first expansion titled HEAVENSWARD, which concluded the story of A REALM REBORN. After two years of raiding and rage quits, HEAVENSWARD drew to a close with the release of THE FAR EDGE OF FATE Part 2.

While the overall impression of HEAVENSWARD has been positive, the finale was lacking in a few key aspects compared to the ending of A REALM REBORN. Most notably, the lack of a final boss fight as well as the somber end to the story. Considering how there were negative reactions to the final boss of A REALM REBORN, Square-Enix took player feedback into account for the finale of HEAVENSWARD. In my opinion, it was a mix of player feedback, as well as more effort being put into the next expansion that led to a less grandiose ending for HEAVENSWARD.

The lack of a final Trial battle was one of the stark differences between the endings. For anyone not familiar with the term, a Trial is an instanced fight where eight players take down a powerful boss. A REALM REBORN’s final battle, titled THE STEPS OF FAITH, had players protect a bridge from the dragon, Vishap.

It would be an understatement to say that this battle caused a lot of outrage among players upon initial release. A fight that should take 20 minutes at most became an all day affair (I was a part of the latter). This was due to the complexity of the fight combined with the lack of coordination that accompanies randomly matched players.

MMO games have some of the most involved boss fights that require specific tasks to be given to players. If they didn’t complete their task, the entire group suffers, causing a wipe. This battle was also tied to the main story so no one couldn’t proceed to the finale without completing it. To add insult to injury, there was no loot after this frustrating battle.

The Finale of Heavensward

The “final battle” for HEAVENSWARD was a solo fight that didn’t require much maneuvering. The only challenge was dodging attacks, but most players should know how to avoid Area of Effect attacks by now. Square-Enix most likely went the safest route based on negative player feedback by not including a difficult boss. Considering it is the very last moments of the expansion, having a content locked battle would not be such a great idea to have again.

Could they have simply made an easier eight-man trial? Presumably, they could have, but it would be a waste of resources to have an easy eight-player battle. On the other hand, if they did want to include a difficult boss, they could have at least gave players a reward with loot drops.

The Impact of Player feedback

While the lack of content can be attributed to development cost, we can’t discount the impact of player feedback. Player feedback molded much of the history of Final Fantasy XIV. The initial release of FINAL FANTASY XIV met with universal negative criticism.

CLICK: SLIME RANCHER Is SO Cute, Here’s An Article To Show You Why You Should Play It!

The first developer, Hiromichi Tanaka, believed the Final Fantasy label would sell itself. There was too much focus on graphics, and as a result, gameplay suffered. Naoki Yoshida took over development, and the game was rebuilt from the ground up. There was even a cinematic movie showing Bahamut run amok and the servers shut down in 2012 while the new team spent the next year rebuilding the game. The plot of 2.0 revolved around reconstruction efforts after stopping Bahamut. It truly was “A Realm Reborn,” and the game flourished ever since.

In addition to gameplay differences, the events that transpired at the end of each story set very different tones. A REALM REBORN had a Game of Thrones-esque ending with the player being framed for murdering a political figure. What happened after was a roller coaster of emotions as our allies, the Scions of The Seventh Dawn, seemingly sacrificed themselves one by one.

“Seemingly” is key here since most of HEAVENSWARD is devoted to rescuing our allies from whatever predicament they landed themselves in. There were no permanent losses, and one would argue that the plot armor negated the emotional impact of A REALM REBORN.

READ: How Do You Tell A Good RPG Story? CV Gives Developers Some Tips!

HEAVENSWARD ended on a more somber note by confirming the death of a major character. Part one of THE FAR EDGE OF FATE left off on a cliffhanger with said character, Papalymo, used his life force to seal Shinryu. Many doubted whether he truly died; however, Part 2 confirmed it beyond a shadow of a doubt when Papalymo’s seal wore off, causing Shinryu to escape.

The emotional turmoil from A REALM REBORN was replaced with the calm before the storm. It also gave much-needed character development for Papalymo’s closest friend, Yda, as she copes with losing him. Having a sad ending to HEAVENSWARD is to prepare us for the bloody conflict that is STORMBLOOD.

Development of the Next Expansion, STORMBLOOD

The end of HEAVENSWARD teased a future conflict with the Omega Weapon and the dragon Shinryu. The only new raids confirmed for STORMBLOOD are the Omega Weapon, and a raid titled “Return to Ivalice.” Veterans of Final Fantasy will recognize Ivalice as a recurring setting within the series. Whether this will be the same Ivalice remains unknown. 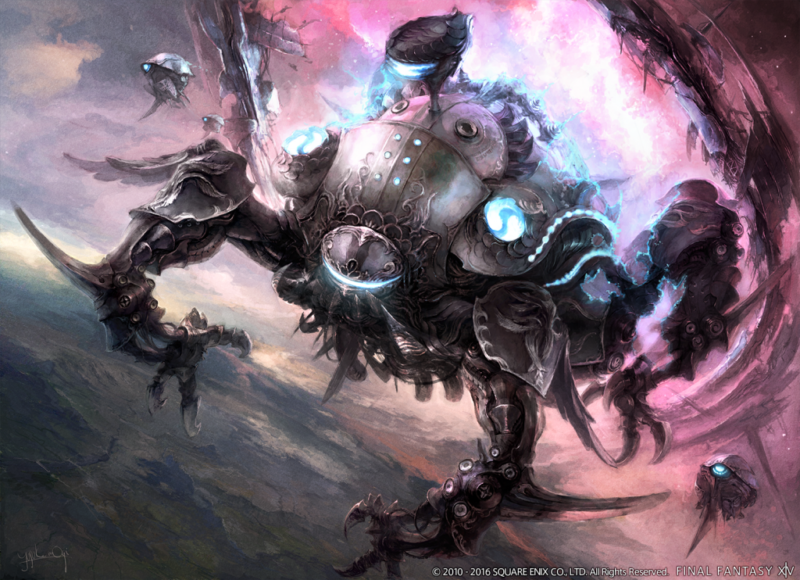 Besides adding new raids, this won’t be a current expansion compared to the last. This is primarily due to the overhaul of the battle system. One of the adjustments is the consolidation of abilities shared across Job classes. Abilities that are less utilized (crowd control spells) will be eliminated all-together.

CLICK: Do you like AMERICAN GODS? Here’s An Analysis On The Top Ten Themes Of The Show!

There will also be a new residential area for players to buy housing. A feature which wasn’t included in Heavensward. From a developer’s standpoint, the lack of a large-scale battle is a result of the amount of work done for the expansion. From a player’s perspective, it’s a double-edged sword of whether to include one.

What to Expect for STORMBLOOD

The coming expansion will reflect how player feedback has influenced the progress of FINAL FANTASY XIV. We’ve already seen evidence of that with the revamping of the combat system as well as adding new fan favorite classes (Samurai and Red Mage). This will allow Square-Enix to take more risks and further cement itself as one of the top MMO games on the market.