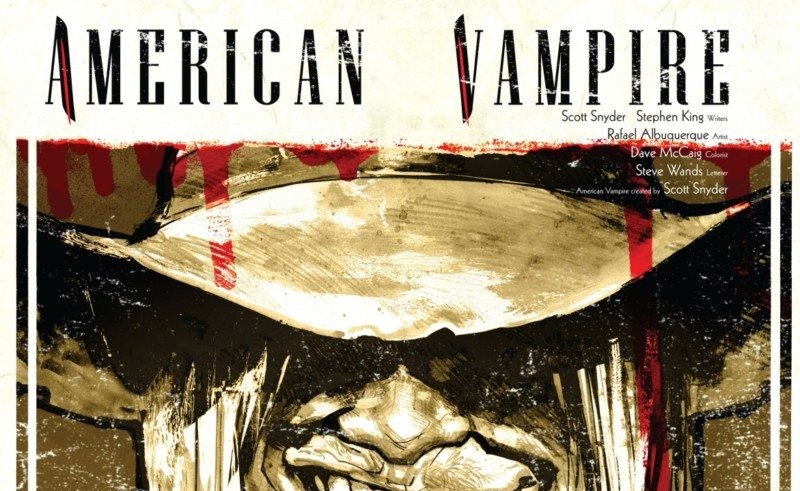 Are we alone, or are we living with a species that we’re told not to believe in? Are all of your favorite stories about witches, zombies, werewolves, and vampires just made up? I’m not sure if we’ll ever figure that out in our lifetime, but you’re always free to believe.

I’m sort of newer to the comic book world, so I wanted to start reading something from its beginning. I was given AMERICAN VAMPIRE to read a few days ago, and so far it’s my favorite comic. I started with volume 1, which is an entire book consisting of five chapters.

LISTEN: Hear our interview with Scott Snyder at NYCC 2016!

AMERICAN VAMPIRE, written by Scott Snyder and Stephen King, is so authentic it seems real and I couldn’t get enough of it. Snyder wrote the first half of each chapter, and King wrote the second half, which tells Skinner Sweet’s origin. To discuss the style of the book, each chapter is set in a different time period and place. You essentially have two storylines that work together all in one book. 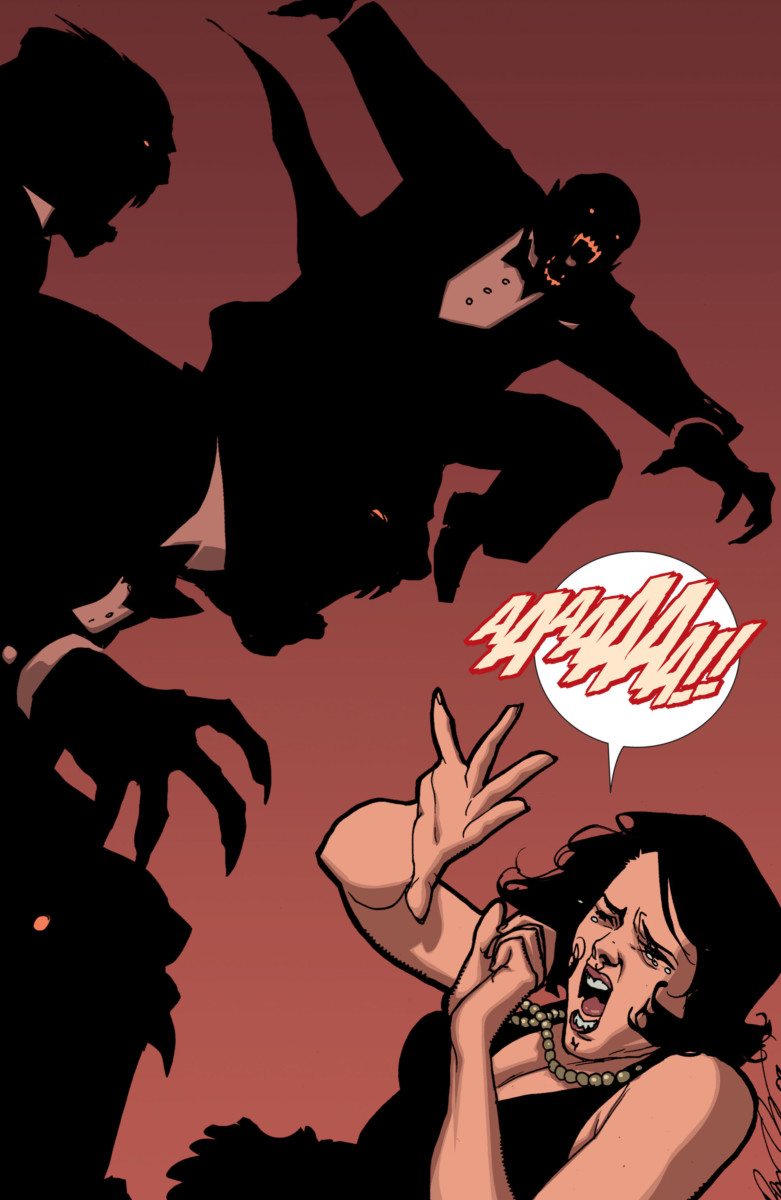 I personally like the fact that readers are able to get to know the characters before they become blood suckers because after transformation, you are able to see the distinct differences. For example, one of the main characters, Pearl, was a typical young woman complaining about rent and dealing with annoying men. After the bite, her worry now is defending herself and finding some fresh flesh to ease her thirst. The sudden difference is interesting to watch.

Pearl was a sweet, young, pretty actress trying to make it big in the acting biz in Los Angeles in 1925. Once Pearl is turned into a vampire, she leaves her subtlety and becomes quite the badass. When she wakes up and realizes she has turned, she’s as frightened as anyone would be until she follows the aroma of sweet, sweet human blood. After her first taste, she becomes a typical batshit crazy vamp.

READ: Scare yourself silly with one of our top 5 horror comics for Halloween!

You can’t help but love Pearl. I’m a fan of vampires, so I was excited to see this low-key actress turn into something powerful. She kicks ass, and this may be my feminist side talking, but who doesn’t want to see a female vampire kick some ass? Don’t get me wrong, there are some female vampires that do put up a good fight (Rosalie Cullen from TWILIGHT, Selene from UNDERWORLD, Jessica from TRUE BLOOD), but I feel like there should be more distinct women with fangs taking on the world. Dracula is known by all, shouldn’t there be a famous vampire with a hot shade of lipstick taking over for a while?

King’s character, Skinner Sweet, might be one of your favorite characters in a sick, sadistic way. Skinner is a vampire from the 1880s and can’t go down as easy as most vampires. You know the stories: sunlight and wooden stakes kill them and garlic bothers them. In Skinner’s case, none of that will work. When Skinner turned, he evolved into a stronger, more powerful, sinister vampire with the ability to walk under the sun and laugh at wooden stakes. Skinner Sweet is easy to love, if you’re a villain-lover. He’s the Joker of the series. His insults can be racist, disgusting, and mean, but that’s nothing to complain about seeing as it makes his character that much more evil. 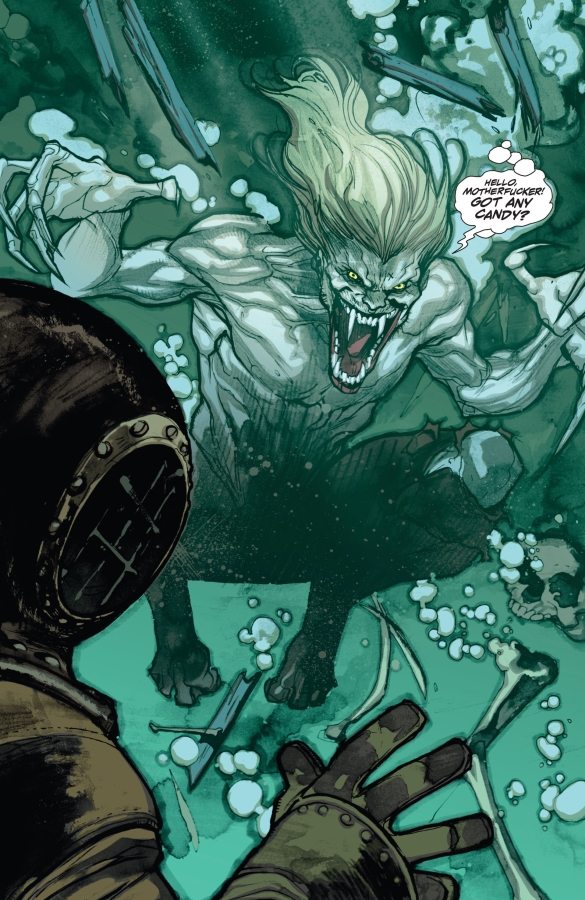 Vampire stories are always a favorite. I think I can speak for many of us when I say we’ve seen the 1931 original movie, DRACULA, as well as read Bram Stoker’s novel. I’m pretty sure a lot of us have dealt with Tom Cruise in INTERVIEW WITH A VAMPIRE and about half of us are TWILIGHT fans.

However, AMERICAN VAMPIRE is unique. It’s one vampire story that isn’t set in a creepy castle in an old, European country where it seems as if every day the fog gets thicker and thicker. AMERICAN VAMPIRE is a mix between TRUE BLOOD and TWILIGHT, but without the weirdly fast and creepy vampire sex or the sparkling skin. This has to be my favorite comic book yet, and I’m thirsty to read more. Stay tuned for my thoughts on volume 2.