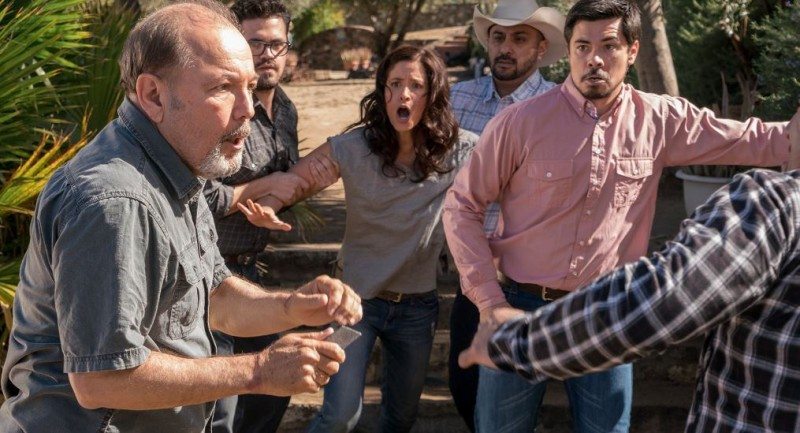 It’s the FEAR THE WALKING DEAD mid-season finale! And it is a good one with an interesting theme: parental love. Every parent in this episode grows more concerned for their child/children as many of the characters venture off on their own. “Shiva” is captivating, with a powerful narrative, strong performances, and meaningful character development.

Previously on FEAR THE WALKING DEAD, the group finally arrived at the housing complex in Baja, Mexico. Victor Strand reunited with his love, Thomas Abigail, but the reunion was cut short when Thomas revealed that a walker bit him. Meanwhile, the group met Celia Flores, the caretaker of the complex who believed that walkers are not actually dead. Salazar became suspicious of Celia, which led to him finding that Celia was keeping walkers in the cellar. 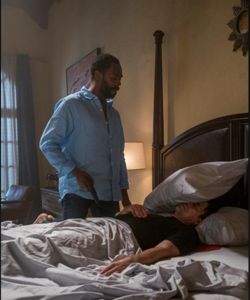 “Shiva” is a fantastic and yet unexpected episode to close out the first half of the second season. After the last episode, I assumed that everyone in the group would converge towards the sound of the gunshot and get kicked out by Celia. Following that, I thought they would come together to hash out the lingering problems of mistrust, the cellar walkers, and Chris’s odd behavior. However, the opposite happened, with the characters going out on their own to take care of each of their issues. Salazar delves into his paranoia by himself, Nick goes out on his own to fix the situation with Celia, Strand buries Thomas alone, and Chris runs away with Travis going after him. This decision to separate the group creates so much more danger and tension for the characters. It prevents the characters from getting any help they may need.

As per usual, the writing is very strong due to the normal structure the show utilizes, which involves breaking up the storylines throughout each episode and intertwining them. With the story featuring several different storylines by almost every main character, this structure becomes very necessary to tell a complete story. Also, the structure always seems to give the audience the assumption that the storylines will come together by the end of the episode (i.e. Strand’s pre-walker story in flashbacks and Nick retrieving Luis Flores in “Blood in the Street”). The storylines in “Shiva”, to prevent spoilers, do and do not converge in their own ways. 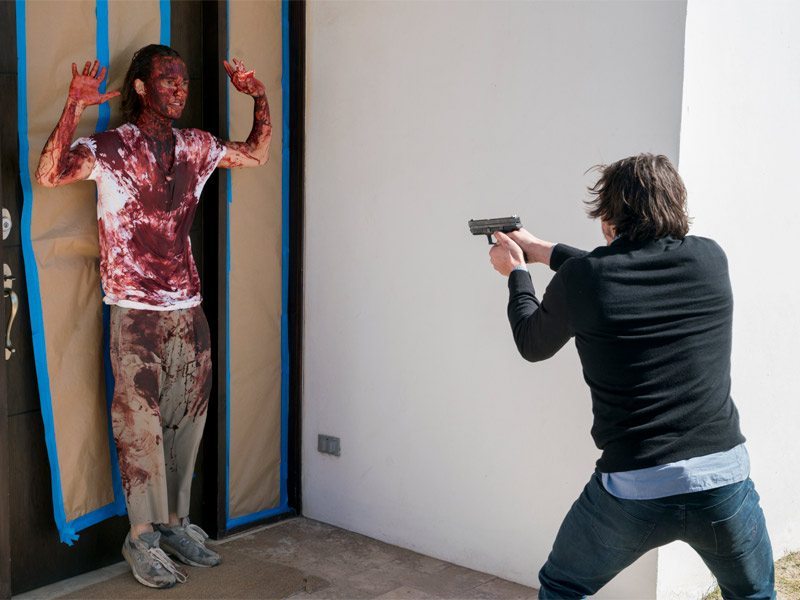 FEAR THE WALKING DEAD has been slowly developing the characters throughout the second season, and this is the episode where it all comes to a high point for them. Nick has become increasingly comfortable with this new world filled with zombies, often walking among the walking dead covered in blood and guts. It seems he is now too comfortable with this world, even telling his mother, Madison, that he will not die since he doesn’t feel fear when he’s around them and that he believes in Celia’s ideology. Meanwhile, Chris has become monstrous. Chris’s character was once annoying, but now is so complex. He ran away after Madison and Alicia caught him hovering over them with a knife. His motives were slightly ambiguous, but I believe he either wanted to escape the group in order to save them from his newly dangerous personality or he left the compound out of sheer embarrassment and anger. As much as I would like the former to be true, the latter is more aligned with his character development. 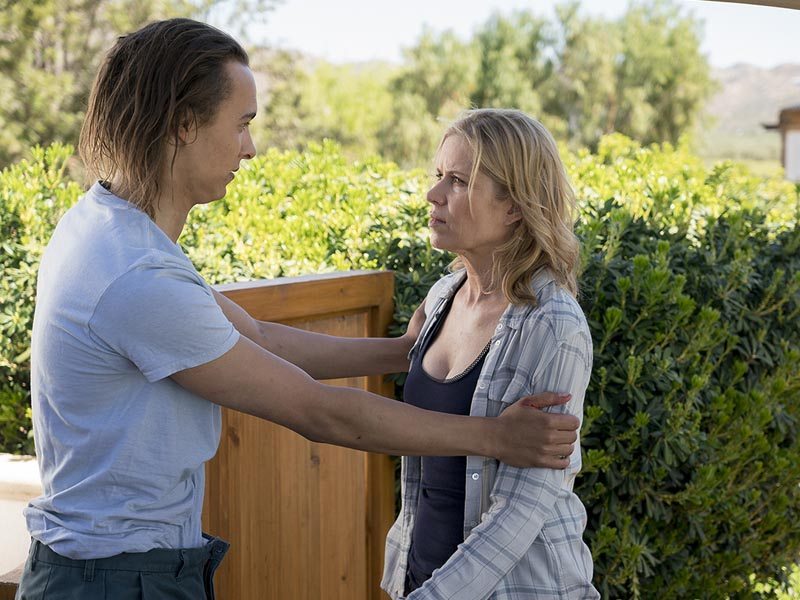 The acting in this season has been highlighted by Colman Domingo’s portrayal of Victor Strand, but not so much in this mid-season finale. “Shiva” focuses heavily on Daniel Salazar, masterfully played by Ruben Blades, as he gets deeper into paranoia. Blades shows off his acting skills when Salazar finally cracks. He experiences bad dreams, flashbacks, and hearing the voice of his deceased wife throughout the episode, and it is amazing to watch. However, the episode does have its faults. Again, Kim Dickens’s work as Madison Clark leaves me wanting more. She comes into several conflicts in “Shiva”, including talking to Travis about Chris (who tried to kill her and her daughter), being kicked out by Celia, being suspicious of Celia, and talking to Nick about bonding with Celia.  Her performance in each of these conflicts is poor and lacking the emotion of a mother and wife who is concerned for her family’s lives and mental well being. 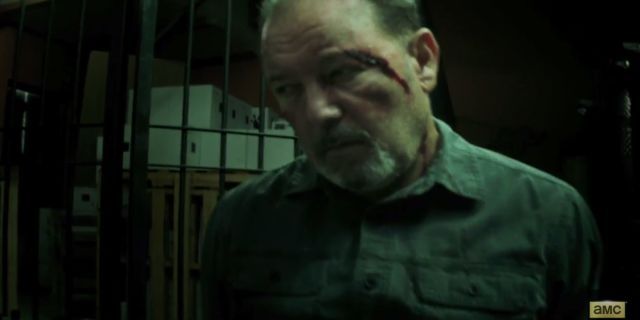 As a good midseason episode would do, “Shiva” leaves us with a bunch of questions that need to be answered. What will happen with Chris? What is Nick’s goal? What will the group do now? How different is Strand now that his motivation is gone? The answers to those questions will have to wait until August when FEAR THE WALKING DEAD returns for the second half of season two.