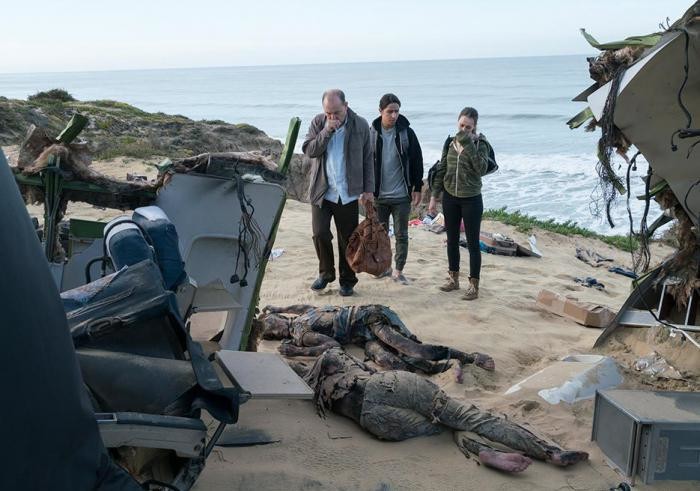 Last week on FEAR THE WALKING DEAD, the yacht was being chased by another boat on the open water. The group attempts to evade the potential danger by docking on a nearby island and hoping for the boat to drive past their location. On the island, they find a family that is ready for the zombie apocalypse. George (the father) informs Travis that the zombies are everywhere, not just in southern California, and Melissa (the mother) tries to get Madison to take their children in order to save them from death. Unfortunately, Madison is forced to leave them behind as the yacht departs for (possibly) Mexico.

READ: Learn more about last week’s FEAR THE WALKING DEAD “We All Fall Down” here!

Season two, episode three starts off where the sixteen part miniseries, FEAR THE WALKING DEAD: FLIGHT 462, concluded. For those of you who have not seen the miniseries, it’s about a plane filled with passengers and a walker. It’s like SNAKES ON A PLANE but with zombies. In “Ouroboros”, we see Alex, a badly burned Jake, and a few other survivors from the plane hanging out on a life raft. I love this kind of transmedia storytelling in a franchise where stories combine and intertwine between each other. It reminds me of the Marvel Cinematic Universe. It brings me hope that some of the characters from FEAR THE WALKING DEAD will appear on THE WALKING DEAD at some point. Please, AMC. 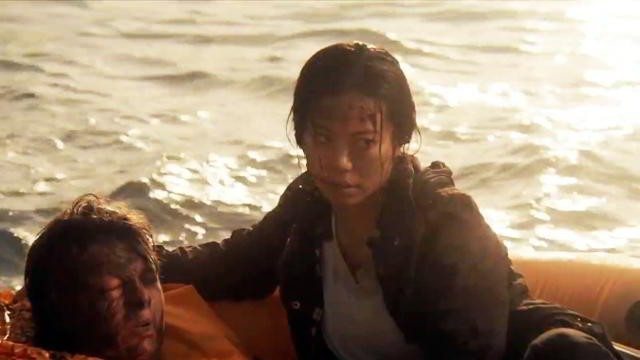 The main group of survivors’ story begins with the yacht stalled due to a pipe clog below deck. Travis volunteers to take care of the problem and finds out that the clog is actually a walker with its arm stuck in one of the boat’s openings. The clog interferes with the filtration system in the yacht, which Travis goes to fix, but needs time to go over the instruction manuals. It’s a bit concerning that Strand doesn’t know how to fix his own ship, while Travis is the only one who’s handy. This makes Travis very valuable to the group in case more boat related problems need fixing. Meanwhile, Alicia sees the plane wreckage from FLIGHT 462 on the beach, and a few of them decide to go rummaging for supplies.

READ: Go back to the first episode of season 2 of FEAR THE WALKING DEAD with “Monster”!

The character development in this episode is incredible. Chris is presented with the biggest challenge of his young life when he wanders from the group and finds an injured man in the plane wreck. The man asks him to help him, so Chris tries to help him out of his seat. However, the man’s spine is broken and his cry for help was a cry for a mercy killing, which Chris carries out. The broken spine visual was pretty gruesome, but awesome at the same time. This scene was a great way for Chris to understand the moral necessity of mercy killing in this new world, and maybe he can forgive his dad for having to mercy kill his mother. 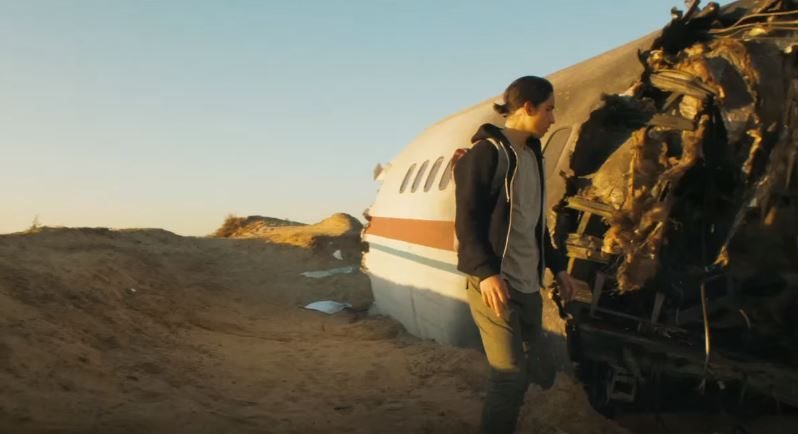 Nick is another character that shines in “Ouroboros.” With every episode this season, it seems as though Nick is getting more and more in tune with the world ravaged by walkers. His vast knowledge of narcotics helps build a little bond with Daniel, as he helps pick the drugs that Ophelia (Daniel’s daughter) needs for her infected wound. Also, we see Nick save the day when he rescues the group from the walkers literally pushing them off the edge of a cliff and, after a walker falls on him, he discovers that zombie blood makes him invisible to them. 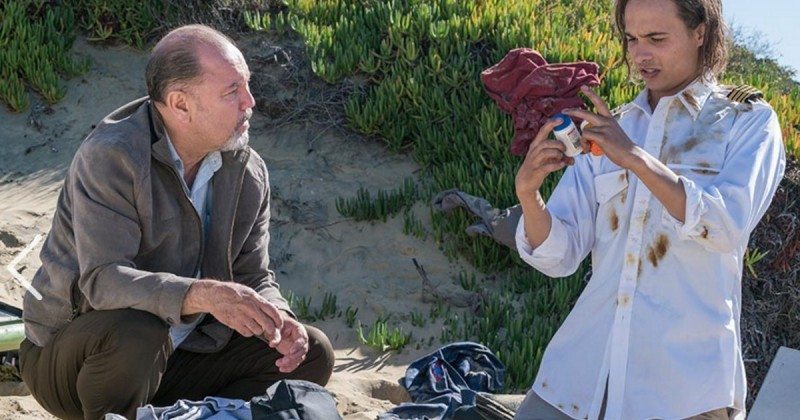 As a whole, the acting is very good. The only issue I had was with Kim Dickens’ Madison. I didn’t think she was very convincing in her confrontations with both Strand and Travis. She keeps telling Travis what to do, but she doesn’t seem controlling enough to warrant Travis’ frustrated reactions. Similarly, when talking to Strand about navigating to Baja, Mexico, she doesn’t seem angry or protective enough. Someone who is trying to survive and protect her family in a world overrun by zombies shouldn’t be so timid. On the other hand, Colman Domingo continues his strong performance as Victor Strand. He stays unwavering in his plan, whether his end goal is Mexico or not, and controlling with his boat. 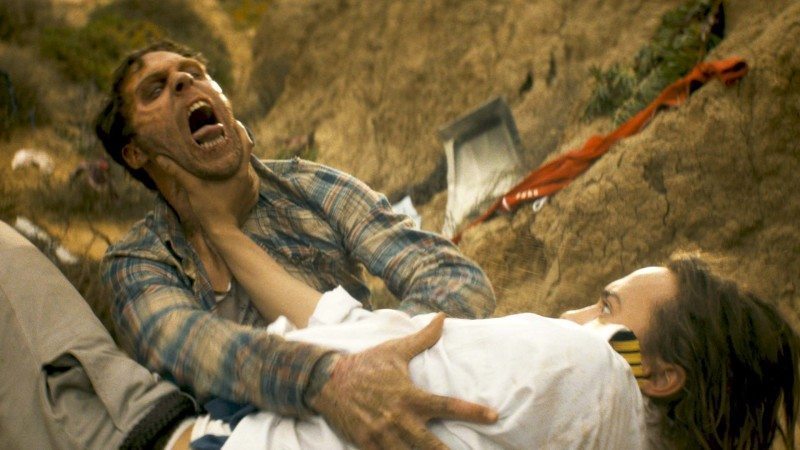 The story is very good as well, but I’m not too happy with the structure of the season so far. As I wrote last week, the season seems to be taking a ‘place of the week’ approach to each episode. In each episode so far, the group is forced to dock and some survivors went to shore, which leads to impending danger. Then, after they survive and get back to the yacht, Strand doesn’t allow other people on. There is hope that this doesn’t continue, but it probably will. I’m crossing my fingers for the group to get to Mexico or wherever they end up sooner rather than later in this fifteen episode second season.