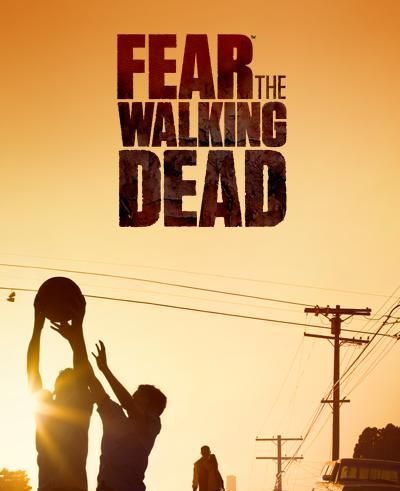 Previously on FEAR THE WALKING DEAD, our protagonists escaped on Strand’s yacht, Abigail. Chris had to deal with the death of his mother at the hands of Travis, his father. He couldn’t understand that his mother was going to turn into a walker and had to be killed. Elsewhere on the yacht, Alicia was tasked with radio duty. She scans the airwaves and comes across a man named Jack, who says he is in need of help. She divulges some information about their yacht. Afterwards, they come across the wreckage of a previously attacked boat and the yacht’s radar picks up a boat coming right for Abigail.

READ: Want more on the first episode of FEAR THE WALKING DEAD‘s second season? Click here for our review!

With a promising set up from season two’s first episode, I was ready for an open water pirate battle. Instead, I was incredibly disappointed with the group’s decision to evade the “pirates.” After trying to elude them by changing course on multiple occasions, Strand and Travis decide to dock the yacht on a nearby island, with the hope that the “pirates” would drive past them. This plan succeeds and the boat chase comes to an end, but I’m not sure how this worked. I feel like the “pirates” would be able to find them docked with whatever equipment they have, especially since Daniel Salazar figures out that they are probably military or have military grade equipment. It’s also a boring end to the storyline when the build up was so good. Yes, the “pirates” could and might come back to the chase, but the storyline really lost momentum. 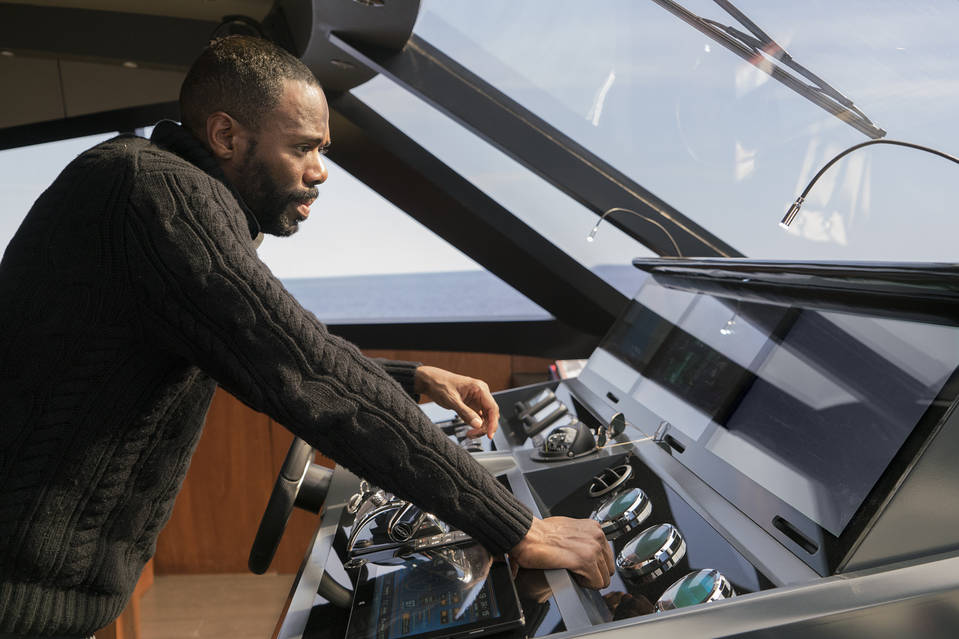 There were other confusing elements to the story as well. I love the idea of the survivalist group, just like I love the fact that people are using boats during the zombie apocalypse. However, I don’t see the logic in the mass family suicide. The walker threat is not that big of a deal since they’re on an island, even if walkers are washing up on shore. Also, the family is comprised of survivalists, so they should have been able to support themselves while keeping the walkers in check.

With that said, I would have liked to see the yacht group stay longer. The house belongs to the family, but the group could have lived on another part of the island. I’m not sure what the plan is for the group or if the group even has a plan. Travis now knows there isn’t much left out in the world after his conversation with George, so wouldn’t the island be the best place for them? Maybe they should’ve become close with the survivalists and learned from them about…survival? 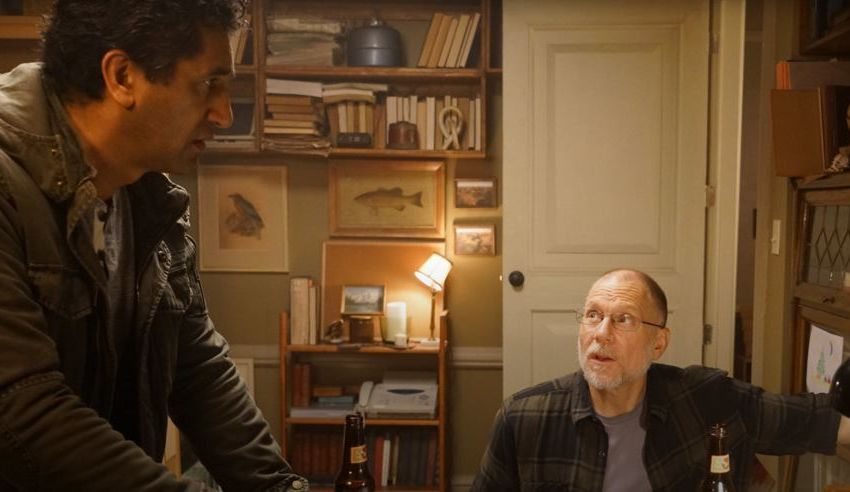 The episode was not disappointing as a whole. I like how trusting people still are in the early days of the zombie apocalypse. The Geary family lets the group into their house quicker than expected, and George and Melissa feed and talk with the group after just a short introduction, getting close and giving them information about their situation. Also, the parents feel comfortable with letting strangers look after their young children, Harry and Willa, and allow them to play outside unsupervised with walkers around. Not only that, but Melissa wants to Madison to take care of the children. Is this bad parenting or naiveté? Either way, it’s refreshing since we mostly see distrust on THE WALKING DEAD.

READ: Want more on the children of THE WALKING DEAD? Read about Lizzie!

The Strand and Daniel storyline was exceptional with regard to character development. I like seeing an unknown and closed off character like Strand revealing more about himself in each episode. He has a secret destination, and it seems very important to him and to the story as a whole. The most telling and interesting moment for Strand in the episode was his emphatic refusal to bring the kid aboard the yacht, which was shocking in its cruelty. Meanwhile, Daniel’s character continues to be ominous and dark as the series goes on. Here, he keeps his suspicions about Strand by staying on the yacht to watch him, and he shows off more of his skills by searching Strand’s facilities. 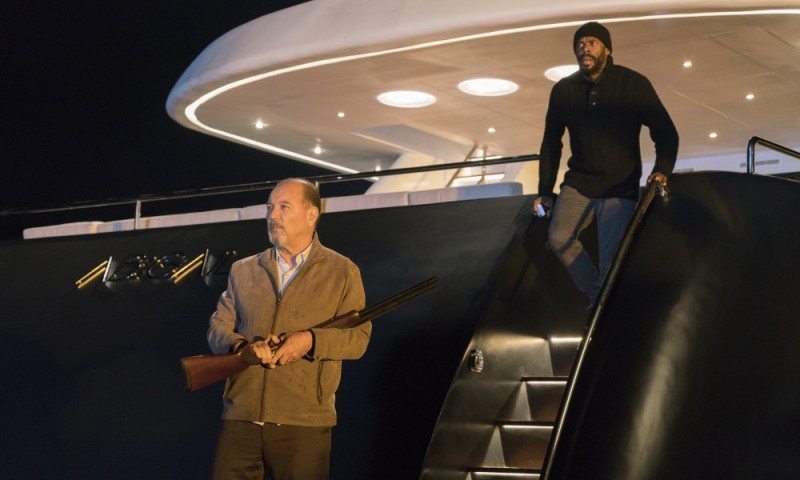 The overall acting was pretty good in “We All Fall Down.” One performance that I should point out is Nick’s, a character played by Frank Dillane. He does a great job in his search for drugs in the house and in his revelation that the drugs he found are suicide pills that Harry referred to as “vitamins.” The best scene for Nick had to be his conversation with the young Harry when the group first arrives to the house and is let in. After seeing the action figures with red dots on their foreheads (indicating the bludgeoned walkers), he is shocked and tries to pretend he isn’t shocked to Harry. 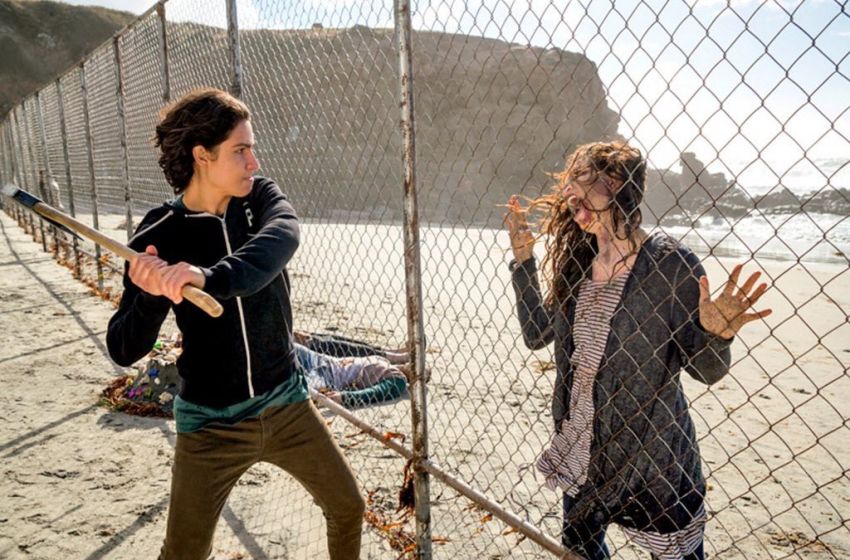 Hopefully next week’s episode picks up right after this episode’s cliffhanger. I’ll be disappointed again if there is nothing more on Strand’s plan to go to Mexico. All bets are off, though, since I assumed there would be a better conflict and ending to the “pirates” chasing after their yacht. It does look as though the group may go from place to place on the boat until they settle on a destination at the end of the season. I hope I’m wrong here, though, as I was never one for the villain-of-the-week type show structure.