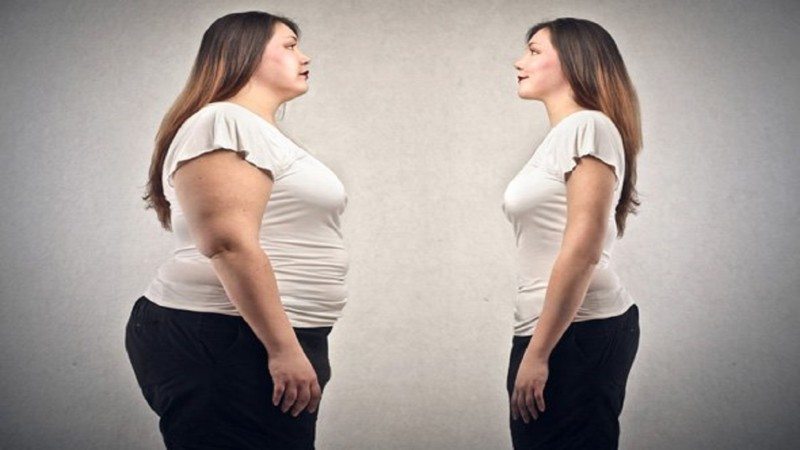 Oh, fat-shaming. The source of so much anguish and hilarity across the world. Does anyone recall the former Miss Universe Alicia Machado? With Donald Trump becoming the 45th president of the United States, it is interesting to look back on her experiences and know that he contributed to the eating disorder that she developed. His insults, cruel treatment, and general bullying contributed to an unhealthy relationship with her food and body for years. When Hillary Clinton brought this up as a point against Trump’s general misogyny, he, of course, responded like a mature adult and further fat-shamed Machado. 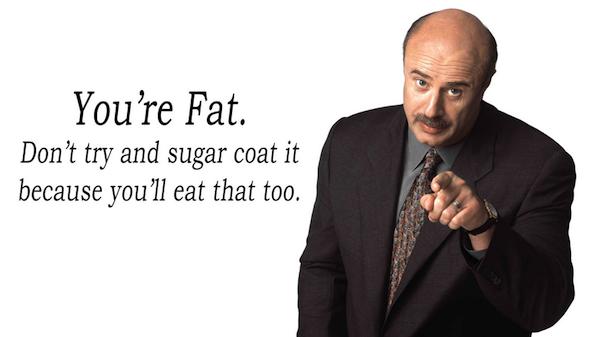 Fat-shaming is nothing new. You can look into any cartoon, movie, or TV show with an overweight person and they’ll typically spend their time eating, being comically stupid, or being hilarious. As a fat girl, I personally like the third one best, but I can also tell you that making people laugh at the expense of your self-esteem is an excellent coping mechanism. Of course, there are also options of eating that pain away or, as I found out, completely destroying and hating your body with unhealthy amounts of working out, losing sleep, forcefully making yourself throw up, etc, etc.

READ: Speaking of Trump, check out Trump and Misogyny in Remender’s TOKYO GHOST.

Like we must do whenever there’s vitriol being spewed online, let’s look at Reddit. There used to be a subreddit called /r/fatpeoplehate. After someone posted information on a fat person and some “witch hunting” commenced, it, along with other subreddits, were deemed unacceptable in their behavior and were banned from the site. Personally, it didn’t seem like the proper response. Sure, the subreddits listed were generally a place for offensive or mean comments, but they were self-contained. Sometimes keeping trolls in a room where they can vent and hate and do whatever is better than telling them to just go somewhere else among the people, who they are still likely to insult and troll. Fat-shaming is going to happen, damage is going to be done, but you simply cannot silence people because you disagree. Witch hunting and posting personal information online in order to threaten someone is a step too far, and the people responsible should have been banned, but banning the entire subreddit was inflammatory at best. You can’t stop people from saying something you don’t agree with. The words and insults still hurt, of course, but you cannot force someone to not say them. You can show them why they hurt and the damage they do, sure, but banning the right to insult someone in general is not something I agree with. 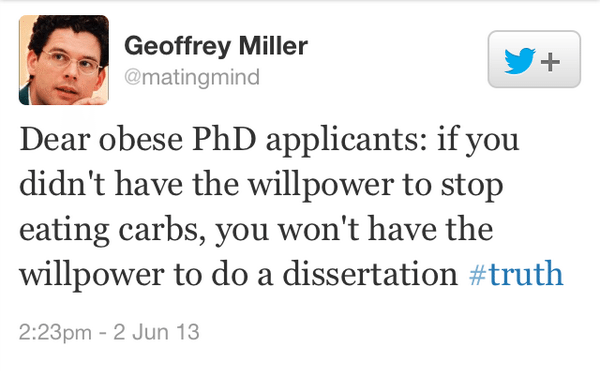 Now, that doesn’t mean that fat-shaming is okay. Not by a long shot. There’s a big difference between keeping opinions to a group of people who agree with you versus lashing out at someone to make them feel like a disgusting whale monster. Humans are naturally social creatures. Anthropologically speaking, we learn and adapt by taking cues from those around us and our environment. With the Wild West that is the Internet these days, the people who surround us can often be people who tell us that we are inherently disgusting and wrong. That even being alive is a sin on our part and we should stop sucking up air. Our instinct is to go to other outlets to do a cursory glance and see if this is correct, if others agree. And when you can turn a channel and find a reality show where one bitchy woman is calling another bitchy woman fat as if it were the equivalent of bombing a slur, being called fat clearly holds some weight (no pun intended).

As if that weren’t bad enough, when it comes to promoting body acceptance, people become absolutely livid. A common argument is that body acceptance promotes unhealthy lifestyles and mentalities, like that being fat is acceptable and people should be happy with it. Lindsey Averill is a great example: She started a Kickstarter fund for a documentary about weight bias called FATTITUDE. The response she received from people was less than friendly:

The vitriol that came our way was violent and frightening. As you can imagine, we were called all kinds of names and accused of eating too many doughnuts. We were also scolded–by more intellectual people–for burdening the system and promoting unhealthy lifestyles. Besides the fat-shaming comments, we received death threats, rape threats, slut-shaming threats, anti-semitic threats, and violent homophobic threats. While this hatred began with online comments, videos, tweets, and emails—it escalated to phone calls, handwritten letters, and police reports. It was scary, and it still feels scary.

That’s a pretty extreme response to simply promoting the idea that it’s okay not to be skinny or slender in general. Plus, scientific studies on the matter have been sort of all over the place. Some claim that it has been scientifically proven that fat-shaming only makes things worse, as was the case with a talk by YouTuber boogie2988, who posted a video asking “Why Do People HATE Fat People?” He asked some good questions and noted that his own obesity has caused him some health issues. Other sources state that BMI (body mass index) and weight in general are poor indicators of overall health.

From my perspective, I can tell you this: I’m not in the best shape, but I am overall healthy, despite my weight. I don’t overeat, I can move well—I can even duke it out on the battlefield with German longswords pretty well. But, I am not everyone, and everyone is going to have their own strengths and weaknesses when it comes to health. Mine is mental illness. It is not a direct link to my weight problems, but the fat-shaming over the years certainly didn’t help. 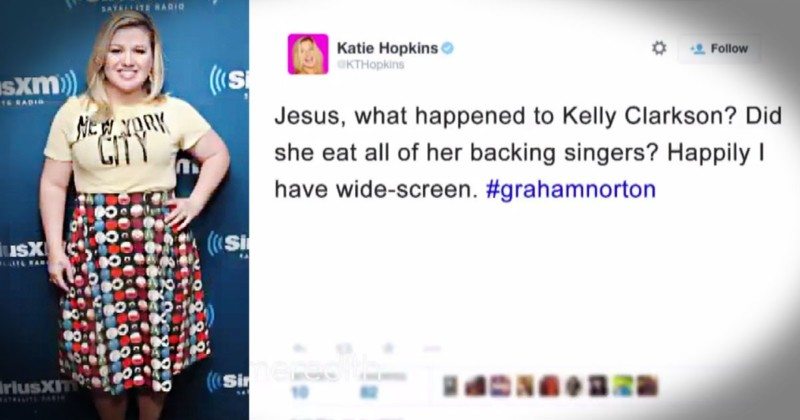 Let me tell you a quick tale of a young me, growing up with a beautifully thin mother and a beautifully thin grandmother. I was skinny as a kid, and skinny up into my teenage years, for the most part, just like them. Both of them combined had narcissistic personality disorder, and as such they were excellent at mind games. One of their favorites was to feed me and feed me until I wanted to puke. I wasn’t a “good girl” unless I had seconds or thirds. They playfully called this act “noodling.” It was probably pretty cute before I ended up convinced that not eating a lot would earn me more punishment than I was already dished out for not being perfect. Both of them cooed and loved it…then began to fat-shame me. They delighted in cracking jokes at my expense. One of my favorites was when I was at my grandmother’s home and was eating dinner. She was watching a commercial for skinny jeans, turned to me and said, “Oh, I just don’t understand the kind of girls that would wear those skinny, awful things. At least they aren’t for girls like you, Amber.” I remember pushing away my plate and staring at the table for a while, not understanding why my eyes were welling up.

Anytime my friends made comments about fat couples wandering around the mall, I’d feel pain in my bones. Anytime my mother commented about how she used to get straight A’s, dated handsome, exotic men and was a perfect size zero—until she had me, she’d say with a sneer—I’d wish I didn’t exist. When my father slapped a french fry from my hand and screamed to stop eating the food he’d gotten me for lunch so I wouldn’t be fat like my friend Josie, I would shrivel up inside.

READ: HYPERBOLE AND A HALF: How NOT To Talk To Someone With Depression.

Being a fat girl in a dysfunctional home with PTSD, bipolar depression, a string of abusive relationships where I was cheated on and hurt, always reminds me of the poem “To This Day” by Shane Koyczan, and these lines:

Because, to this day, I still know that there are people who hate me even though I’ve never spoken a word to them. My sisters are all thin, all beautiful, while I am fat and have damaged skin, a damaged heart, and a damaged mind, and have the thought every day that if most of my family could not love me, then why should I expect anyone else to? Who will want a body of stretched skin, etched with scars, sagging breasts, and cheeks like a chipmunk? Even though people tell me that it’s okay, that I will meet the one, that I am beautiful, there is no silencing the monster in me that chides and laughs and tells me that I am broken. A fat princess in a cage that no one will bother to rescue—but that’s alright. I rescued myself, even though I didn’t really want to. 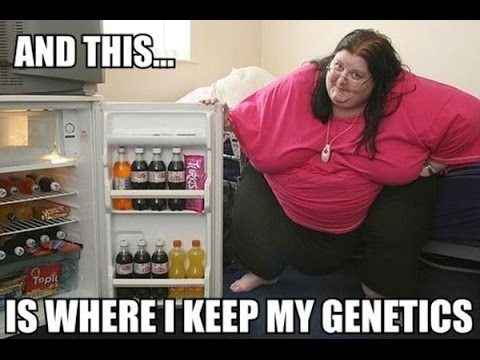 I’ve tried many previously mentioned things throughout my life because of my weight. Nowadays, I work out three times a week and try to eat healthier, but the weight is still present. It’s sliding down, but boy does it love to remind me that it’s hanging on for dear life. It’s a part of life for a lot of people. Some live with it gracefully, some don’t. After years of struggling and constantly being kept up at night with thoughts of suicide because of my weight, I’m finally handling it gracefully. Still, a lot of people just can’t handle the idea of someone else being overweight without thinking it is the worst thing ever, the most disgusting thing ever, or something to get a jolly old laugh out of.

So, here I am. Twenty-seven, a lover of literature, the bizarre, and life for all its twisted agony. I write books about giant robots and witches that beat box. I love gaming, I love the world, and a big chunk of the world doesn’t like me in response. Fat-shaming is the cage that rocks me to sleep at night and tells me to hold my pillow like a lover, for it is the only thing I will know that will come close. It tells me not to eat, so I don’t until I absolutely have to. I should be stronger than words, but some people decided long ago that the shell that surrounds my being means I am not strong or worthy of consideration. Fat-shaming is just a fact of life, I suppose, but the damage it does is real.

It is your body, fat-shaming or not. You are the only one that controls it. You are the one it serves. It is yours to mold and manage however you please. Whoever is reading this—you are beautiful, however you are, because you are a conscious light outside of a mortal frame. Maybe you hate yourself, maybe you think it will never get better or that your only reward for continuing to live is pain. But body acceptance is freedom. It is acceptance in both what is and what could be. Never forget that.