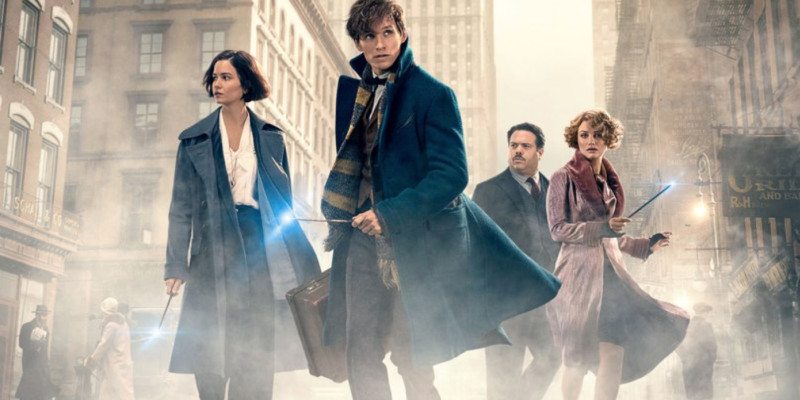 Today Harry Potter fans and movie-goers alike will be reintroduced to the cinematic universe of the Wizarding World. FANTASTIC BEASTS AND WHERE TO FIND THEM is the 9th (yep, 9th, and there’s more coming) film inspired by the works of J.K Rowling and it is set decades before the events of the original Harry Potter series. That being said, there were a lot of expectations the film had to fulfill and it’s safe to say those expectations have certainly been met!

WARNING: THERE WILL BE MINOR SPOILERS FOR THE FILM SO PROCEED WITH CAUTION!

Set in 1926 New York, FANTASTIC BEASTS AND WHERE TO FIND THEM follows the story of “Newt” Artemis Fido Scamander, a wizard and alum of Hogwarts (Hufflepuff), who has traveled to New York while on his journey to collect and study magical creatures as research for his book, a work which will later become a textbook studied by the students of Hogwarts, Harry Potter included.

Newt is friendly, eccentric, sympathetic, and somewhat of an outsider simply because of his love for magical and misunderstood creatures. While in New York, Newt meets Jacob Kowalski, a factory worker and No-Maj (short for No Magic—American wizards’ name for Muggles) who is hoping to earn a bank loan so he can open his own bakery. When one of Newt’s creatures escapes his suitcase and wrecks havoc at the bank, Jacob is made very aware of the other half of a world he’s been living in.

Through a classic case of unfortunate item swap, Newt’s magical suitcase—which is a lot bigger on the inside—gets accidentally switched with Jacob’s pastry-filled case after both men leave the bank. Porpentina “Tina” Goldstein, a former Auror for the Magical Congress of the United States of America (MACUSA), witnesses the incident and confronts Newt before bringing him to the MACUSA for judgment. Back at his run-down apartment, Jacob is still unaware he has Newt’s suitcase which is then forced open by the mischievous creatures living inside it. Several of the creatures escape into the city, leading to the film’s main adventure: Newt, joined by Jacob, Tina, and Tina’s sister Queenie, race to find the escaped creatures while at the same time an unknown entity continues to terrorize the city and threatens to reveal the magical world.

READ: Want more discussion on the Wizarding World? Check out our review of HARRY POTTER AND THE CURSED CHILD!

With new, adult characters, a fresh setting, and a plot that begins to explore events only ever discussed in the original series, FANTASTIC BEASTS AND WHERE TO FIND THEM is both an excellent addition to the Wizarding World and a great starting point for this spin-off.

FANTASTIC BEASTS also handled its themes very well. Harry Potter films have always dealt with issues of tolerance, acceptance, and challenging questionable norms and FANTASTIC BEASTS was no different. Yet instead of the focus being on the beliefs of pure-bloods and the forever evil Lord Voldemort, we see tensions between wizards and certain suspicious No-Majs.

This tension is most apparent through the character Mary Lou (played by Samantha Morton) a woman who leads a group called the Second Salemers and has raised her adopted children with a strict moral code, teaching them to be against all things witchcraft, which she sees as devil worship. Mary Lou believes that New York is the second Salem—that good people are under attack by witches and forces of evil and it’s time to stand against those who threaten the “normal” and “righteous” people of New York City.  Mary Lou is a brash, paranoid, fear-monger and is abusive to her eldest son Credence (played by Ezra Miller), beating him whenever he even slightly disobeys her.

We also see a slight focus on relationships in the wizarding world: Newt Scamander addresses the controversy that American witches and wizards do not believe in having relationships with No-Majs and they distance themselves from even speaking to them, which is something he can never understand. He doesn’t believe that anyone should fear another simply because of differences. Newt even refuses orders to use the spell obliviate on Jacob (to erase his memory) because he sees him as his friend.

The time period of the Roaring Twenties shines through the fashion, city-scape, landmarks such as Central Park, and of course through an underground speakeasy frequented by magical folk (though no other place can ever be as charming, or as, well, magical, as Hogwarts). With sequels confirmed, FANTASTIC BEASTS was also a great introduction to this new franchise. The special effects are dazzling and each creature brought to life through movie magic shines with its own character.

Recently it was revealed that there would be a total of five films in the series of movies, so what can we expect from the upcoming films? According to an interview with J.K Rowling, FANTASTIC BEASTS has introduced a story that will span over 19 years through the upcoming sequels (no future release dates yet). So this means the story will continue through to 1945, and yes, that means a young Dumbledore and his involvement with the revolution led by Grindelwald, as well as including the Deathly Hallows, more specifically the elder wand. FANTASTIC BEASTS, specifically at the end of the film, did well setting up this storyline. Certain characters whereabouts are now unknown and the consequences of what happened in the film are yet to be really seen.

After the release of THE CURSED CHILD, I was a little skeptical about FANTASTIC BEASTS but I’m glad my doubts have been put to rest. The difference between the two stories is clear: THE CURSED CHILD is a sequel set after the events of the Harry Potter series, a story Rowling already spent years building, whereas FANTASTIC BEASTS is a spin-off that gives more detail and attention to pre-existing storylines fans have only been introduced to through the previous books and films.

READ: Check out our series on all things HARRY POTTER from themes, to representation, to fan-fiction!

Creating movie prequels can often prove to be a difficult task. There are a lot of variables to consider, such as how far into the past the prequel will reach, what characters it will focus on, and how well the prequel will tie in with the original film(s). Luckily, a lot of consideration went into this HP prequel from considering whether to make a trilogy or several more films, to deciding which characters would play influential roles within the story arc. David Yates, the director who worked on the last four Harry Potter films, was brought back to direct FANTASTIC BEASTS and the screenplay was written by J.K Rowling herself. 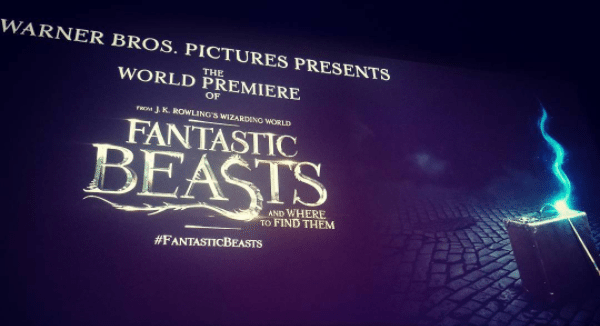 As stated before, FANTASTIC BEASTS has certainly met expectations through its storytelling and characters. For now, Harry Potter’s story and role in the wizarding world is a long way off, which is great for refreshing the franchise and possibly introducing new fans to it. There are still several unknowns, such as where exactly the story will take place after this and which other characters will be included in the arc. Hopefully, the upcoming films in this series of prequels can further meet expectations if not exceed them. And hey, if you don’t have time to get to the theaters anytime soon, the FANTASTIC BEASTS screenplay has been published and is available in bookstores right now!