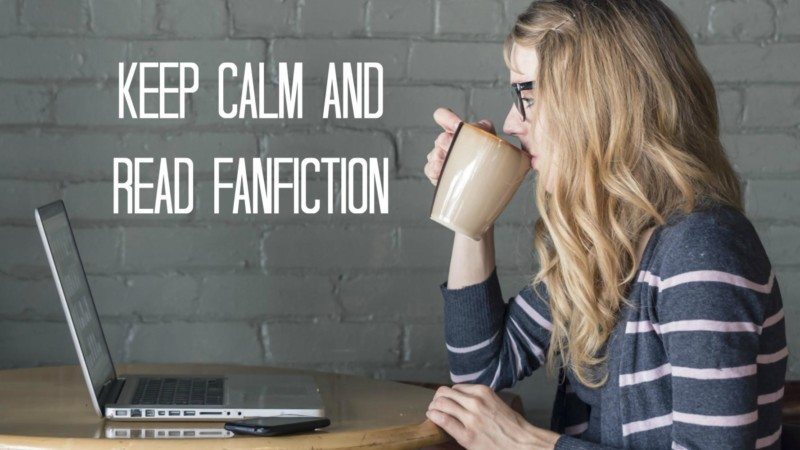 Somewhere in a college town in Ohio filled with cornfields and black squirrels, a political science student sits in her favorite coffee shop typing fervently on her laptop. This college student is me, and on most weekends, this is where people know to find me. But what most people don’t know is that I’m probably writing or reading One Direction fanfiction.

For as long as fandoms have been around, so has fanfiction. This type of fiction, where authors take already established characters, worlds, or people and place them into a fictional scenario or alternate universe, is also sometimes referred to as “fanfic” or “fic” for short. Fic is a creative outlet for fans to continue a character’s story past what the original author had written or to create new events in the existing storylines.

While fanfiction as we have come to understand it and love it emerged in the 1970s within the Star Trek community, fic has been around for as long as storytelling has existed if we think about it. From the time Homer wrote THE ILIAD and THE ODYSSEY based upon stories shared around a fire, we’ve been taking elements from others’ works and making them our own. Shakespeare is perhaps one of the most famous fanfiction writers, as many of his plays were inspired by other works of literature as well as events in history.

But what does this mean for writers of fanfiction now?

There’s still a stigma that comes along with being an author of fanfic. Talk show hosts often use fanfiction and fanart to embarrass actors and authors. There’s this perception that all fic writers are weirdos who live in their parents’ basements. But we know this isn’t true. From E.L James, whose bestselling trilogy 50 SHADES OF GREY started out as TWILIGHT fanfiction, to Anna Todd, author of a One Direction fanfiction-turned-book titled AFTER, writers of fanfiction have begun breaking into the mainstream, using sneaky ways to avoid copyright disputes.

With more than ten websites designed for amateur writers, including new niche sites such as onedirectionfanfiction.com, the resources available to fanfiction writers across the globe are arguably opening the door for fanfiction to be recognized on the same playing field as professionally written fiction, or “profic.” Though fanfic remains a taboo subject outside of the fandom community, the clear demand for it has opened up new avenues for authors looking to publish their work, either for free or for profit, which gives fanfic the visibility it needs to challenge the stigma held about fic and writers of fanfiction.

The ability to publish works of fanfiction online is not a novel idea. In fact, one of the largest fanfiction communities, Fanfiction.net, was launched in October of 1998 and has over two million users to this day with works offered in nearly thirty languages. In the HARRY POTTER fandom alone, there are roughly 751,000 stories published on this website. All it takes to publish a story is to register for an account on the website. Even without registering, readers are still able to filter through the website and read works, though they can’t leave comments on them.

READ: Interested in HARRY POTTER and how J.K Rowling feels about fanfiction? Check out this article!

Similarly, Wattpad.com offers a platform for publishing fanfiction online. This website was launched in 2006, more recently than Fanfiction.net, and serves roughly 10,000,000 readers and houses over 6,000,000 user-generated stories in 24 languages. 3,000,000 of those stories are fanfiction and 100,000 of them are tagged as One Direction fic. Based out of Toronto, Canada, this website remains one of my favorites for reading and publishing my own writing because of the easy access to works using their mobile app. The app makes it simple to store and generate fiction from my phone if I don’t have access to a computer. It is also where Anna Todd first published her novel AFTER as One Direction fanfiction. Her novel became so popular that literary agents started reaching out to her through the Wattpad messaging system. From visiting publishers in March of 2013 to announcing a book deal with Simon and Schuster that spring and printing the first book in October of the same year, Anna Todd went from being a college student and Army wife to being a successful writer.

Wattpad is set apart from other platforms for fanfiction because it’s a platform for all types of writing, from fiction to poetry. By including fanfic into this community of writers, it is encouraging authors of fic to interact with writers in other genres and it gives fic a certain visibility that it might not otherwise have if it were limited to platforms exclusive to fanfiction.

By giving fic the opportunity to become present to the public eye, Wattpad might just be the stepping stone to killing the notion that all fanfic is weird or poorly written, though it is quite possible that poorly written fic will also end up in the spotlight along with literary fanfic. By the same token, all works of original fiction published through similar platforms or even in print aren’t necessarily literary masterpieces. Wattpad, by merging fanfiction and amateur original fiction, allows fic to compete in the same arena as original fiction. 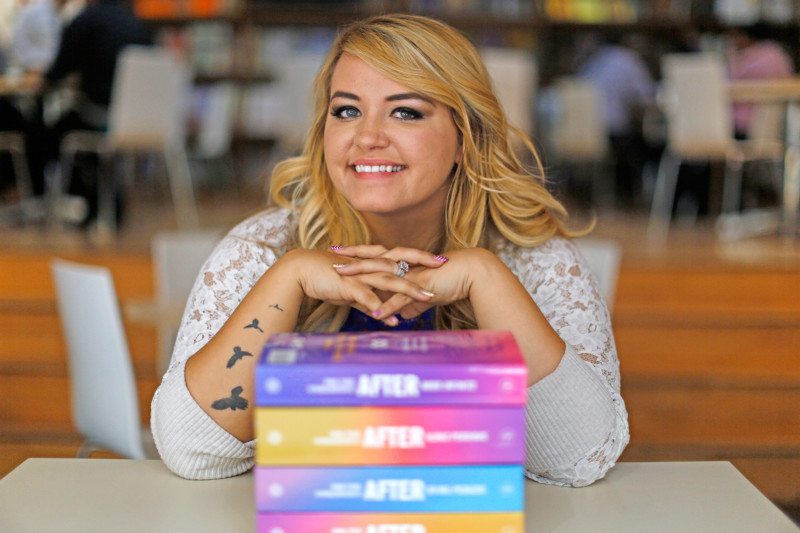 However, Fanfiction.net and Wattpad.com are not the only popular internet resources for publishing fanfiction. Archive of our Own is a project run by the Organization for Transformative Works, a non-profit organization. It is found at ao3.org and currently houses 170,000 users and 700,000 works of fanfiction across 12,000 fandoms. Like Fanfiction.net, AO3 is a platform specifically designed for fic authors. Still in its beta stage, this website requires an invitation to join which you can request via their website. While they don’t have a mobile app like Wattpad does, they do have a mobile-friendly interface and a tagging system that makes it easy to find the specific type of fanfic you’re looking for, complete with archive warnings against adult content or potentially triggering content, unlike Fanfiction.net. Between the interface and tagging system, I would place Archive of our Own at the top of my favorites list.

Publishing fic in print or ebook format is infinitely trickier. With websites that allow readers to view their works for free, there is no dispute over copyright because the authors are not making a profit from somebody else’s characters, worlds, or lives. Kindle Worlds is the only resource for fanfiction authors to publish their works in “print” form without sacrificing certain details of their work. Through Kindle Worlds, a project of Amazon, authors are able to publish their work in eBook format and sell it for anything ranging from $.99 to $3.99 so long as they meet a set of conditions, including pre-specified licensed media properties. As of now, there are 71 worlds that are licensed under Kindle Worlds, including Sara Sheppard’s PRETTY LITTLE LIARS and Cecily von Ziegesar’s GOSSIP GIRL. For authors of fanfiction already in these worlds, the launch of Kindle Worlds in May of 2013 was a step towards mainstream publishing. However, there are thousands of other fandoms that don’t have this luxury and have to rely on other means of publishing. Even with the limitations, this opportunity is almost unprecedented for fanfic writers and a giant leap for the fanfic community.

READ: New to fan culture? Check out this article to learn more!

Gallery Books, an extension of Simon and Schuster, encourages authors of fanfiction to step forward, as they believe fanfiction is the next big thing in publishing. In an interview with The Washington Post, Gallery Books Vice President Jennifer Bergstrom says, “Fanfiction has absolutely become part of the fiber of what we publish,” and goes on to say later, “This is changing at a time when traditional publishing needs it most.”

With traditional publishing comes the problem of copyright, which can sneakily be avoided by changing names and very specific details. When Anna Todd was working with Simon and Schuster to publish AFTER, she changed the names of each One Direction member and changed Hardin’s butterfly tattoo to a tree tattoo, as Harry Style’s butterfly tattoo is too iconic to claim as her own. One of the largest selling points for fanfic to publishers is the built-in audience it comes with. For Todd, she had already built a significant fan base, mostly consisting of One Direction fans who likely wouldn’t have read her book had it not been One Direction fic to begin with.

Another fanfiction author success story is E.L James, author of the 50 SHADES OF GREY trilogy. What started out as a self-proclaimed “mid-life crisis” has now become an international bestseller and two movies to date, with a third on the way. James originally published MASTERS OF THE UNIVERSE, a TWILIGHT fanfiction on Fanfiction.net after reading the vampire series and taking inspiration from author Stephanie Meyer. Years later, she now has a seven-figure book and movie deal with Universal Pictures and Focus Pictures. 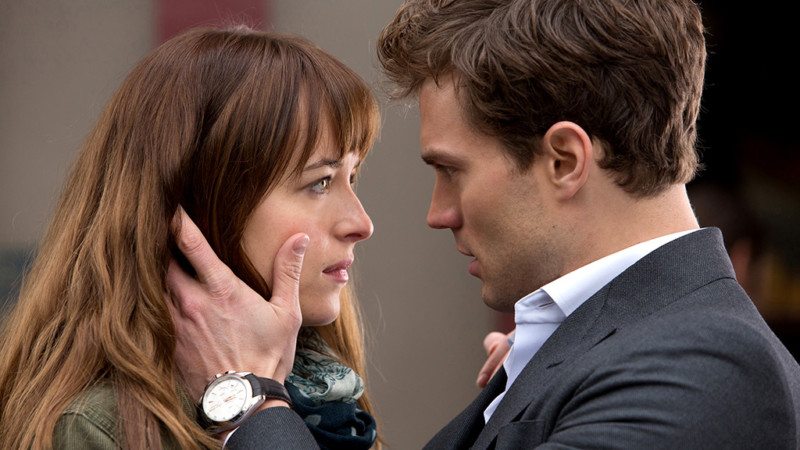 So is fanfic truly becoming a market? I’m inclined to say yes, it is, despite the cultural stigma that’s attached to such fiction. Independent of the success of both E.L James and Anna Todd, the amount of resources and creative outlets for fanfiction writers alone is proof of a community that’s still growing. Certain publishers are willing to print fanfiction, so long as copyright disputes are avoided, and the communities of readers and other writers provide authors with pre-existing fanbases. These websites allow fanfiction to compete with the success of works of original fiction –  and that speaks volumes to the value fanfic holds. It’s time fanfiction writers stopped being seen as just weirdos with no social lives and start being recognized as authors.