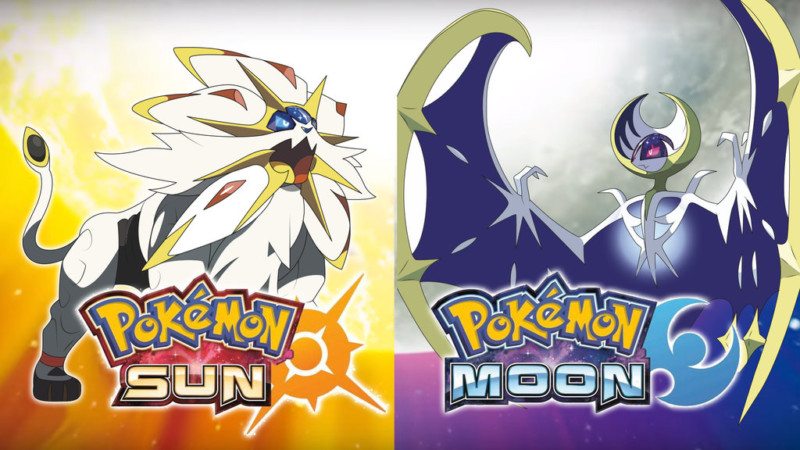 Pokemon has come a long way from its early concept inspired by bug collecting.  While its turn-based gameplay and monster catching have remained the same, the stories have evolved in scope and scale. They have inspired many fan theories over the years, some of which can be found on creepypasta if you are looking for a scare.  One of these theories was the idea of a multiverse.

Until recently, the multiverse theory was simply a way to hand-wave the reasons for having different versions with different Pokemon.  It wasn’t until generation 3, with the release of Ruby & Sapphire, where the different versions offered more concrete differences between experiences. They had different antagonist groups (Team Magma and Team Aqua), and different Legendary Pokemon (Groudon and Kyogre) that were central to the plot. Neither version is technically wrong since the explanation was that they take place in different universes therefore, both versions are canon. While there may be different events in each version, they are part of a central story.  This was made apparent in Pokemon Emerald when the events of Ruby and Sapphire happened simultaneously.

It wasn’t until Pokemon X&Y were released that the series got a retcon and we were introduced to a brand new mechanic that dramatically changed gameplay and the story.  That was Mega Evolution. For anyone who hasn’t played since Red & Blue, Mega Evolution is a temporary transformation triggered by the close bonds between trainers and Pokemon to create an even stronger Pokemon.  The catalysts for Mega Evolution were special stones from a meteor that react to certain Pokemon so only a handful of them can actually Mega Evolve.

One might then wonder, “How do we explain Mega Evolution being discovered recently?” The answer is that Mega Evolution has been here the whole time; however, the new games take place in an alternate dimension separate from the old games. Before the release of X & Y, the mini-series Pokemon Origins was released to promote the new games (depicted in the image above). It featured the main protagonist, Red, as he beats the Kanto League and catches all 150 Pokemon, something Ash could never do.

Pokemon Origins was more accurate to the games and at the end when Red is battling Mewtwo, Red uses Mega Evolution to power up his Charizard. This establishes a new canon for the X & Y universe where Mega Evolution is a new phenomenon but it’s been present since the very first generation. The fandom calls this the Megaverse.  The Oldverse is the term used to refer to where the previous games took place. But, it was a fan theory that never had much in-game bearing until the next installments were released.

After X & Y, two of the older games were remade, Omega Ruby and Alpha Sapphire. It’s interesting to note that Ruby and Sapphire are once again shaking up the Pokemon narrative. Mega Evolution is still present unlike the old Ruby and Sapphire but things don’t start getting crazy until after we beat the Elite Four and play through the Delta Episode. In short, a giant meteor is threatening to destroy the world and scientists wanted to send the meteor to another dimension. A character named Zinnia, who was familiar with the existence of other dimensions, took issue with that and emphasized that salvation for our world would mean the destruction of another.

“My people know it. From generation to generation, we pass along the lore about the distortions in the world borne by the Mega Evolution mechanism. And about the existence of another world, which we have long observed to be just like this one and yet not the same… That’s right. A Hoenn region that’s almost exactly like this one we live in. Filled with Pokémon and people like us. A world where maybe the evolution of Pokémon took a slightly different path, where Mega Evolution is unknown… A world where that war 3,000 years ago… never happened. A world where the ultimate weapon was never even built. And in that Hoenn of that world… What would happen if one day, out of the blue, a meteoroid appeared? What would happen to the people of that world, without the technology to destroy the meteoroid or the power to warp it away? … Looks like it’s beyond the power of your imagination” – Zinnia

A world without Mega Evolution.  Sound familiar? To anyone keeping up with the main series, this was the Pokemon world we’ve been playing in from generations 1-5.

After Omega Ruby and Alpha Sapphire, we get to explore the Alola region in Pokemon Sun and Moon. One of the biggest mysteries here was the presence of the Ultra Beasts and the new battle mechanic of Z-Power moves.  Z-Power moves are similar to Mega Evolution, except that they are super charged attacks activated by special crystals.  These crystals are obtained throughout the story by completing trials and are awarded to the player in place of Gym Badges.  A ritual dance unleashes a special aura shared between trainer and Pokemon.  The aura then activates a move that can only be used once per battle.  The Ultra Beasts are beings from another dimension.   They can be best described as eldritch abomination Pokemon since they can be caught with unique Pokeballs.  Interacting with our dimension causes them discomfort so they lash out in extremely violent outbursts when they enter our world.

Spoilers Ahead: One of the newest characters, Gladion, stole a never before seen Pokemon named Type: Null.  It was created in a lab specifically for the purpose of battling the Ultra Beasts and was dubbed the “Beast Killer.”  Gameplay wise, it has an equal distribution of stats and can change types depending on which specific item it is holding.  This is a direct reference to the literal Pokemon God, Arceus.  It has an equal distribution of stats as well, and can change types depending on which items it has.  We can assume that scientists were trying to replicate the power of the God Pokemon in order to fight the Ultra Beasts.  This could imply additional lore that hasn’t been revealed yet on the relationship between Arceus and the Ultra Beasts.  Perhaps it sealed them away when it created the world?

When the main story is completed, it is revealed that the Beasts came to Alola to hunt down two characters who came from the Oldverse, Anabel and Looker, of the International Police.  They accidentally fell through a dimensional portal and their unique energy signatures attracted the Beasts to them.  Upon further investigation, we find out that they were part of a special task force in Hoenn, trying to defend the region from the Ultra Beasts.  Unfortunately, they failed since they lacked the power of Mega Evolution and Alola’s Z-Power moves to defeat them.  What we can infer from this is that the Hoenn region from the Oldverse is either currently at war with the Ultra Beasts, or it has been completely destroyed and the Beasts are hunting the survivors.

READ: Is It Still Moral to be a fan of The Walking Dead?

What’s even more troubling is that the newest fan theory claims that the Ultra Beasts destroyed the entirety of the Oldverse. While it’s only a theory, there is some tangible evidence for it. The Beasts have already wreaked havoc in Hoenn, that much is confirmed. While only a handful of Ultra Beasts can be interacted with, when the protagonist journeys through their dimension, we see many more of them in the background.  It stands to reason that there are a lot more attacking the Oldverse.  Taking into account that they are more prone to commit mass murder than the average Ghost Pokemon, the situation in the Oldverse is possibly very dire.

Without the power of Mega Evolution, the other regions wouldn’t stand a chance if the Ultra Beasts decided to invade them. Given the fact that Pokemon X&Y were a retcon, the Beasts are the final nail in the coffin for the previous generations.

It’s sad to think that everyone we played as is either dead or locked in a violent war they can’t win. We could pretend that we’ve been playing in the Megaverse this whole time to sleep better at night.  If and when Gamefreak releases more remakes of the old games, odds are that they will take place in the Megaverse.  Hopefully, we will find out the fate of the old regions like we did with Hoenn.  In the meantime, for a more concrete storyline, watch Pokemon Origins and then go on Youtube to watch Pokemon Generations.  They take place in the Megaverse and are incredible short episodes that every older Pokemon fan will appreciate.