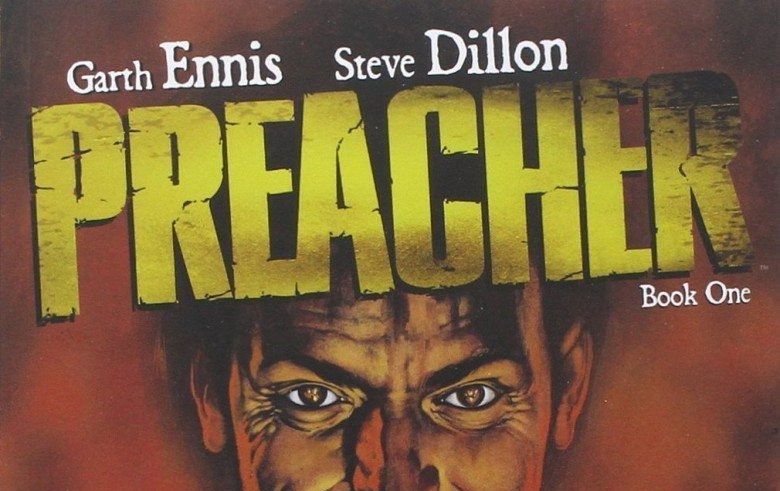 With the new PREACHER television show coming to AMC this summer, I read the comics series to see what all the hype was about, and in short, PREACHER is incredible. The book follows a preacher named Jesse Custer who is literally searching for God who left the throne in heaven. I’m not here to recap all of PREACHER but rather I want to focus on what makes it truly great and unique as a comic: the central theme that faith in one’s self and living life on one’s own terms is more fulfilling and less dangerous than organized religion. I feel that the TV series will focus solely on the depictions of violence and gore. PREACHER is a violent book, but it’s also thematically powerful. I think that it’s easy for people to miss the point of PREACHER amid all of the violence in it, and I worry the show will too. 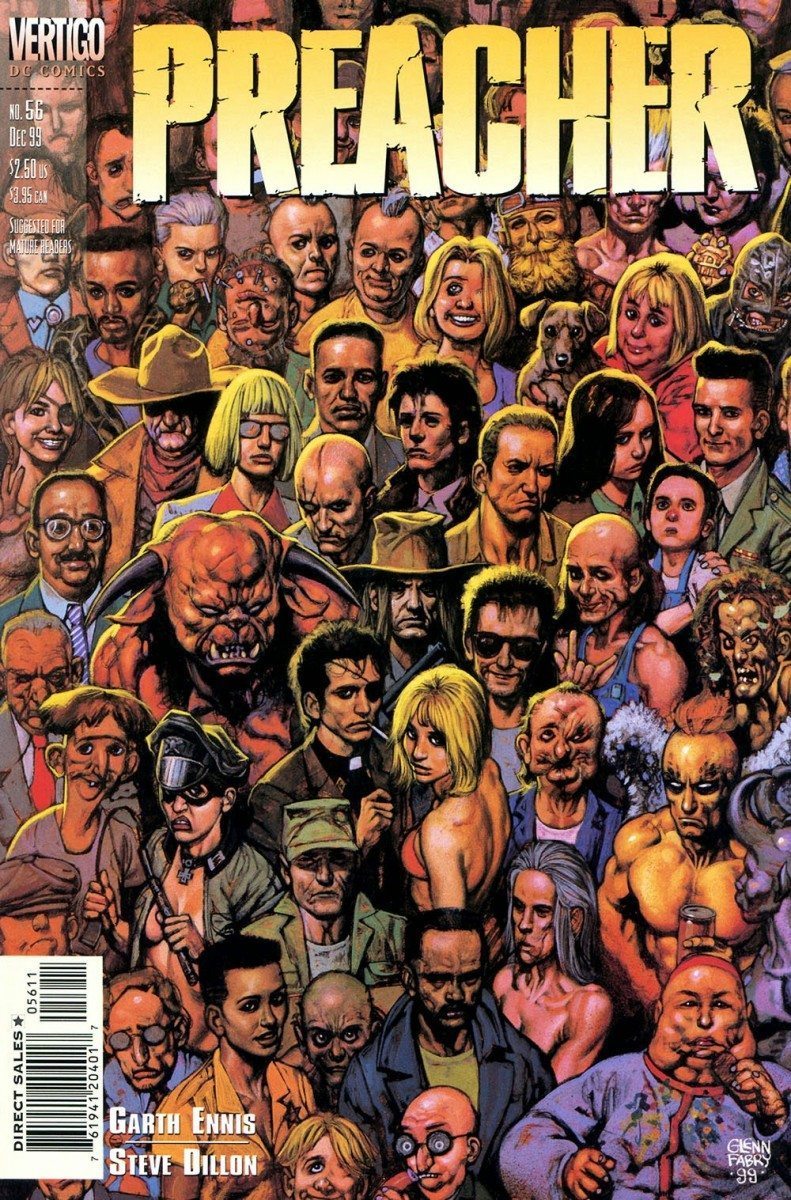 The key thematic elements of PREACHER can be seen best by looking at the otherworldly, spiritual characters, such as the angels. These characters often don’t meet the high moral expectations one would expect from such beings. Adelphi angels Fiore and deBlanc are sent to Earth to search for Genesis. Genesis is the spawn of an angel and a demon that is embodied in Jesse’s mind and gives him the power of the Word of God–a power that compels anyone to follow his commands when he speaks. The book opens with Fiore and deBlanc panicking that Genesis has escaped from the prison they constructed for it, and fear punishment for their failure. Angels are often depicted as God’s messengers and next in command. From the first time we see them, these angels are messing up. And it only gets worse. Later on, they are seen on Earth. They’ve given up on finding Genesis and are snorting cocaine and having sex with prostitutes. They don’t only fail God by giving up, they fail our expectations by descending into sleaze. It gives the reader a sense of superiority over such “holy” beings. Why should we follow the religion they represent when they’re no better, and in fact, worse than us?

READ: Want to read more about comic depictions of religion? Check out our review and analysis of THE TITHE!

Another being to fall from grace in the book is God himself. It is revealed that God created the universe because he was lonely and demanded worship from his subjects because he is a narcissist. This narcissism extends into how he believes that humans should not know his nature and that he accepts no responsibility for his actions which cause people to suffer. The reason given for the civil war amongst angels that led to Lucifer’s descent into hell was that God orchestrated it to find out who loved him the most. This need to be loved and his narcissism shows that the most powerful being in the universe is actually quite insecure and immature. Just like the angels, God doesn’t quite live up to our high expectations in this book. Because these characters are depicted as highly flawed so is the religion organized around them. 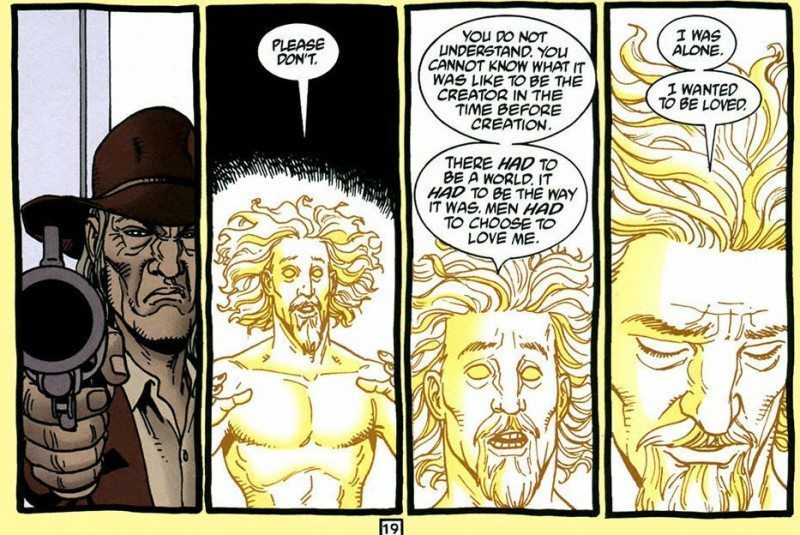 READ: Interested in religion? Read about pre-Christian religion in X-MEN!

Both Jesse and God have divine powers and how they use those powers defines them as people. It also draws the line of opposition between faith and organized religion in the book. God uses his power to stroke his own ego. Jesse on the other hand, rights wrongs that God has let slide by administering his own brand of gruesome justice on criminals. This shows that he has enormous confidence and faith in himself.

A great example of this is when Jesse liberates a small Texan town called Salvation from the clutches of the corrupt KKK member, Odin Quidcannon, who controlled most of the town with his fortune from a meat-processing plant. Jesse runs the klansmen out of town using the Word. He intimidates the klansmen by commanding one, “shit yourself” and by bare handedly crushing the testicles of the strongest klansman. God didn’t punish these racist, violent men. Jesse does. God, in fact, does very little in the book besides go missing. This lets men like these klansmen run amok, and only Jesse is able to stop them. Worse still, these racist murderers believe that in God’s eyes, they’re in the right. Jesse corrects this logic as only he can. 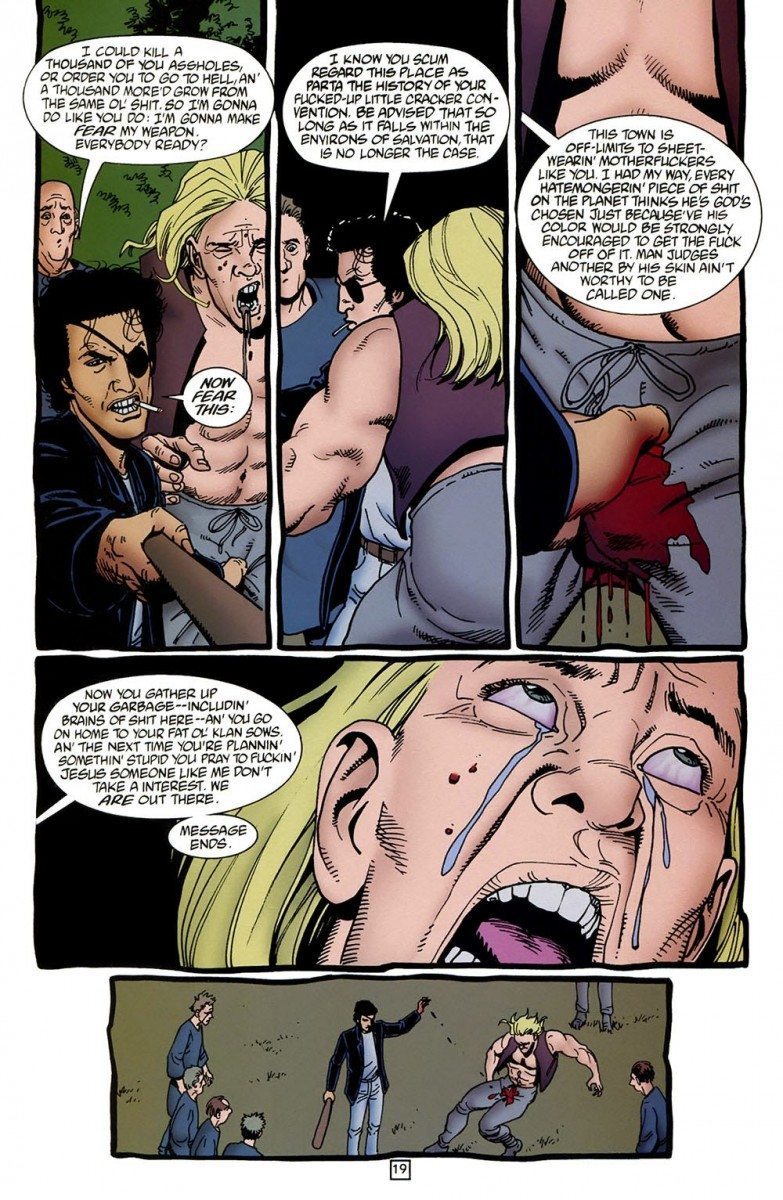 These are gruesome examples, but they show how Jesse is able to take matters into his own hands. Are they violent? Absolutely. Some of the most disturbing things I’ve ever seen drawn in comics have been drawn in this book. But it’s important to remember the spirit of individualism and self-reliance the book pushes. God doesn’t punish evil, so Jesse does it himself. PREACHER ultimately shows that even in a chaotic world, faith in one’s self can improve your standing.