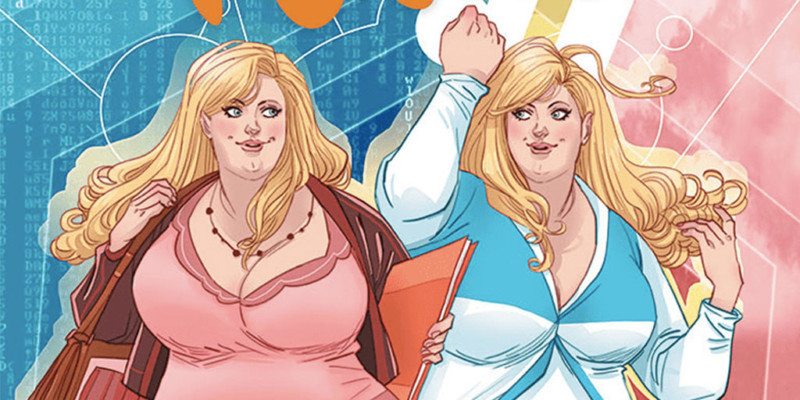 Being a fat feminist is hard. On the one hand, we know that women in our society are valued mainly for their looks. We see the way reporters focus far more attention on the outfits of a female politician, performer, or writer than on her actions and accomplishments. We know that catcalling is a way to show dominance and that “what she was wearing” has nothing to do with sexual assault.

On the other hand, fat people have been told we have failed femininity, that we cannot have value because we cannot be pretty. In reaction to this, the body positivity movement so far has focused on fighting the idea that fat can’t be pretty. Of course, there are good reasons beauty is so important to the movement. Fat women want to know that we matter, that we can be loved, that we can be important. As such, we might take as compliments the very things that thin women would take as oppressive. Such as catcalling. Such as media focusing a little too much on that fat female personality’s sexy outfit.

READ: How does the male gaze impact portrayals of women in WATCHMEN?

There’s the trouble. How can we fight for our right to be beautiful without buying back into the idea that we have to be beautiful in order to have value as human beings? 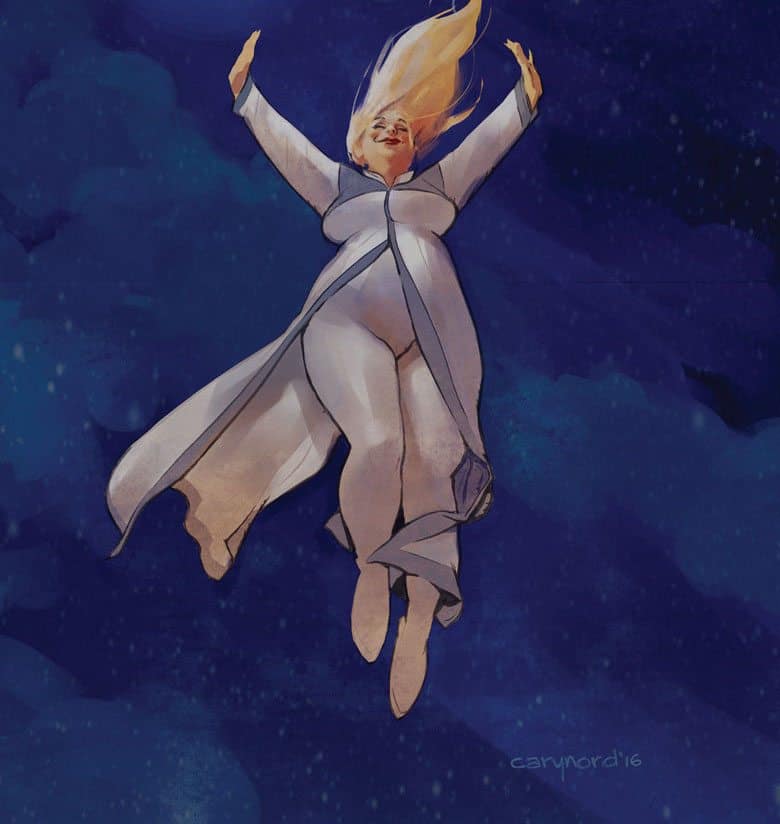 This is where Faith comes in. Faith Herbert (codename: Zephyr) is the protagonist of FAITH, a popular new superhero series from Valiant. Originally created as a supporting character in Valiant’s 1992 HARBRINGER series, Faith was meant to be a joke character, a fat superhero who flies as light as a feather despite her weight.

FAITH (2016 – present) treats the character far more seriously. Written by Jody Houser (ORPHAN BLACK) and illustrated by Marguerite Sauvage (DC COMICS BOMBSHELLS), FAITH centers around the titular heroine’s solo adventures fighting crime in L.A. after leaving her original superhero team. Some pretty scary foes pursue her, from religious cults to psychic-hunting evil organizations. However, Faith tackles each challenge with an outgoing personality and nerdy one-liners. To villains, she’s a threat. To her friends, she’s an inspiration. And to no one is she just a fat joke.

What’s exciting about Faith is that her looks are deliberately a side detail. There are times she dresses up and looks fantastic, but that is only when she decides to, such as when she is on a date or daydreaming about a glamorous future. 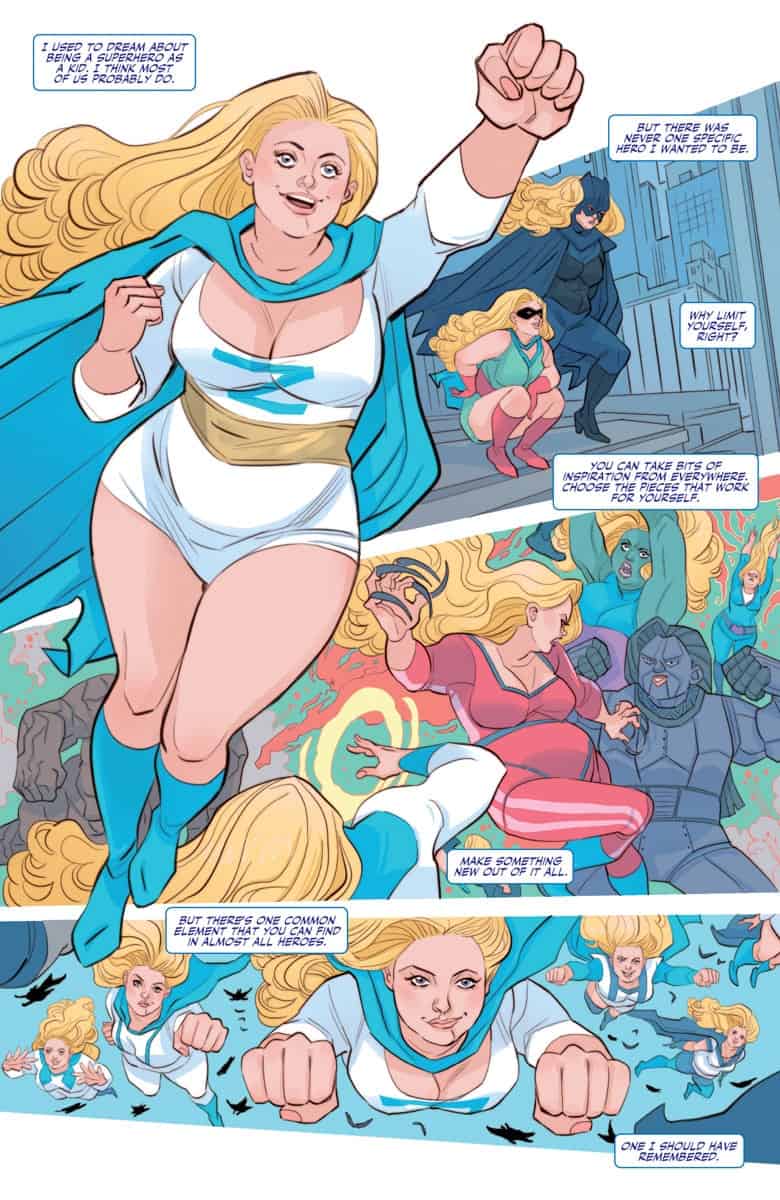 When she’s on the job as Zephyr, her clothes are comfy and pragmatic – much more suited for superhero work than the revealing outfits of Wonder Woman or Power Girl. If she’s angry or dodges a punch, her hair gets messed up and she gets to make weird faces. 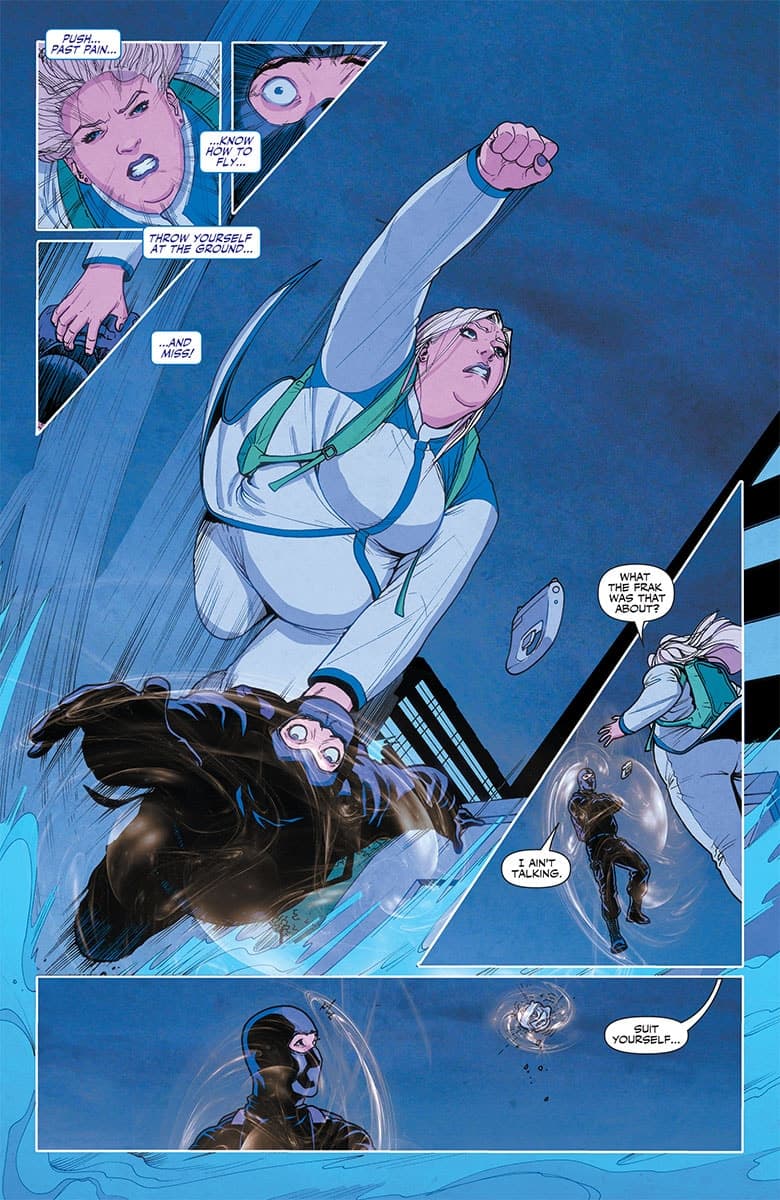 This is significant because she is a female superhero in a genre where most female characters are still contorting themselves into pin-up poses during action sequences. It’s even more significant because Faith exists in a time when fat bodies are only allowed in fashion on the condition that they belong to constantly hyper-femme, skirt-wearing, curvy babes.

In fact, Faith’s superhero suit breaks most of the rules of plus size fashion. Since women aren’t supposed to take up space, a fashionable fat chick is supposed to put tons of effort into slimming herself down. Plus-size jeans have little tags that say things like “tummy control.” Clothes must be form-fitting and hyper-feminine to compensate for taking up too much space. You know – black is slimming, and, most importantly, never wear white.

Faith ignores all of this. She wears loose pants and a white, flowing outfit. She has a big belly, flab, and a double chin. She does not care one bit about slimming down. When in battle, she is a dominant figure on the page, valorous and commanding. When she flies, she resembles the white masses of clouds flowing swiftly towards their destination. Her fat body isn’t just pretty; it’s heroic and defiant. 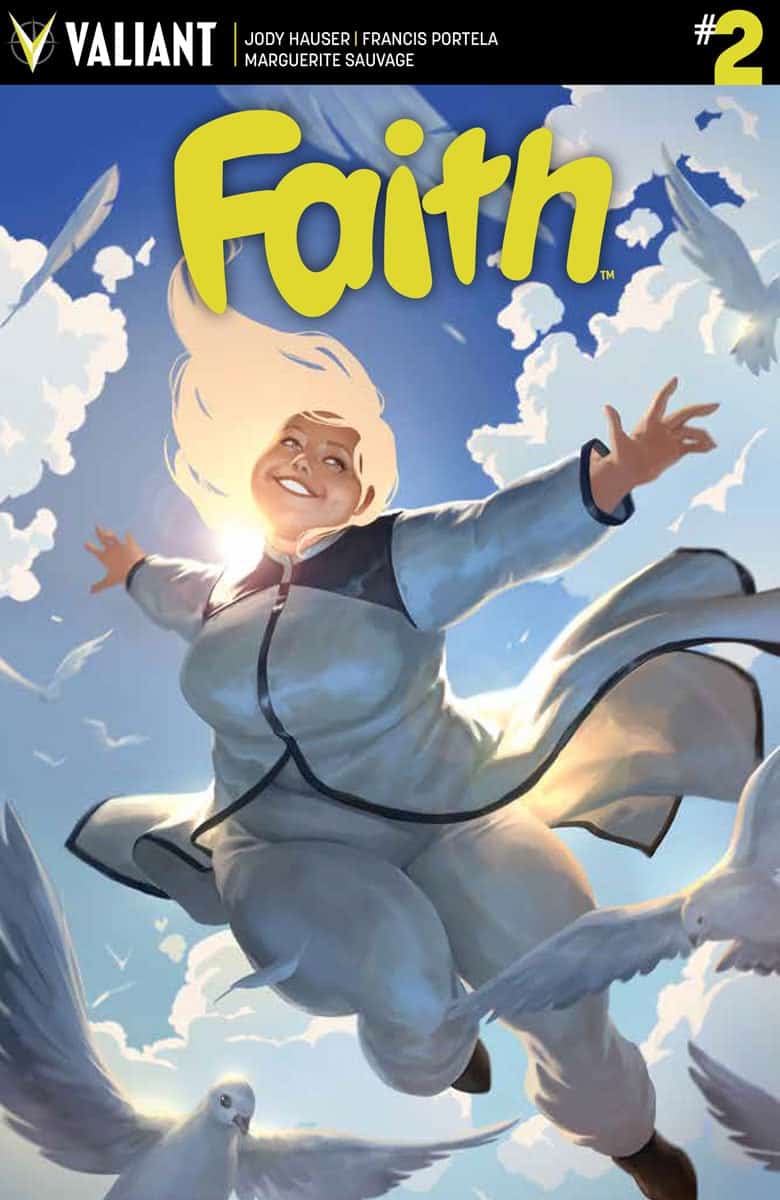 Plus, while Faith’s appearance is certainly an important part of her character, she exists beyond it. As the series has progressed, Faith has begun to feel the emotional toll of her adventures. In issue #7, the ghosts of deceased characters whom Faith feels guilt over haunt her. It gets so bad that she stops going to work and fears going to sleep.

This is an arc that a thin male superhero might have, to give him some depth and convey the grim, edgy nature of vigilante justice. However, female characters rarely get character arcs of their own. Either the writers are trying to show that their women are Strong Female Protagonists and won’t give them any weaknesses. Or they’ll kill off their female characters or put them in distress for a male character’s arc. And when writers make a fat female character whom they aren’t trying to prove is just as sexy as the other unrelatable female characters, they instead throw her into the supporting cast as comic relief.

It is rare indeed to witness a fat woman in a comic experience guilt and remorse, lose sleep, and stop looking pretty because she has no energy. What the comic is doing is groundbreaking for fat readers and also relatable to any reader who’s struggled with trauma and guilt.

In general, FAITH is phenomenally body positive. That’s not just because its heroine looks good, but because she does so much more than just look good. Should the world embrace body positivity, Faith will still be a hero who resonates with readers. After all, she is more than beautiful. She is human.