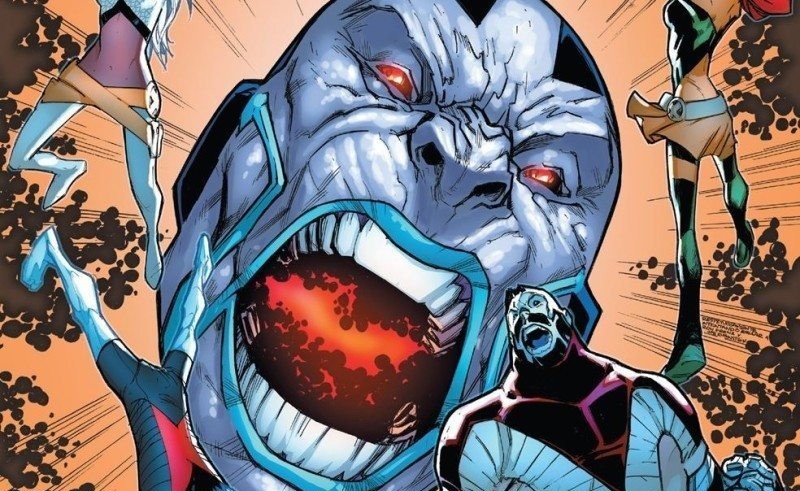 With the release of 20th Century Fox’s third and final entry to the cinematic X-Men saga that began with X-MEN: FIRST CLASS being only 2 months away, Marvel Comics, unconventionally, decided to hop onto the APOCALYPSE bandwagon by launching its X-MEN: APOCALYPSE WARS event, spanning the three main X-Men titles. EXTRAORDINARY X-MEN #8 marks the beginning of this event, and Jeff Lemire and Humberto Ramos set up their protagonists against an old villain and a faraway future…

READ: Here’s our review of the previous issue, EXTRAORDINARY X-MEN #7!

The issue kicks off with Storm sitting in her headmaster bureau, having an internal monologue. The scene parallels the first few pages of EXTRAORDINARY X-MEN #1, a rhetorical device that does a good job at pointing out how the status quo changed throughout the first arc, and it gives us a great impression of her struggles as a leader. We find a Storm that has acknowledged her first few accomplishments, but is still uncertain and skeptical about both the work she does and the future of her kind. Her interactions with Old Man Logan and Forge come off believable, since they draw from the character’s history. 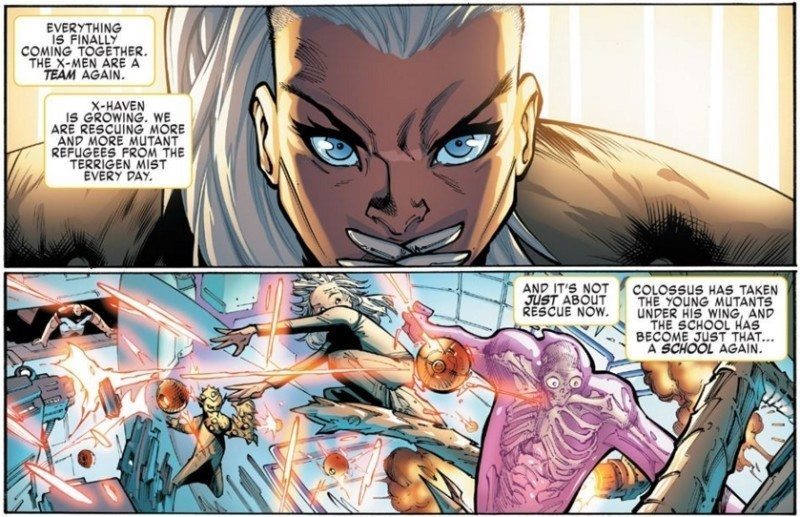 After Forge and Cerebra make an incredible discovery, Colossus and his team of young X-Men are sent to Tokyo in order to investigate a huge number of new mutants surfacing. Unexpectedly, they encounter an old foe and are sent a thousand years into the future. The issue benefits from the focus on these younger characters, since Lemire knows how to write them and the student/teacher dynamic between them and Colossus emphasizes the important “school” aspect of the X-Men franchise; it also benefits from the classic elements of a good X-Men story and the Apocalypse mythology it makes use of.

LISTEN: X-Men’s Storm is probably the most recognizable black superhero, here’s our ComicsVerse Podcast about her!

When it comes to this issue as a first chapter to the larger event/storyline APOCALYPSE WARS, it’s hard to make any reasonable prediction as to whether the event will turn out to be good. EXTRAORDINARY X-MEN #8 merely sets the stage and gives us an exciting cliffhanger, but no indication to the tonality or quality of the following issues. While it may work as introduction to this new storyline (we get spotlight on different characters and the premise is fleshed out), what readers get to see in the beginning of APOCALYPSE WARS will confuse new readers who just bought their first X-Men comic, and bore old readers, who won’t find any of what they get to read innovative. 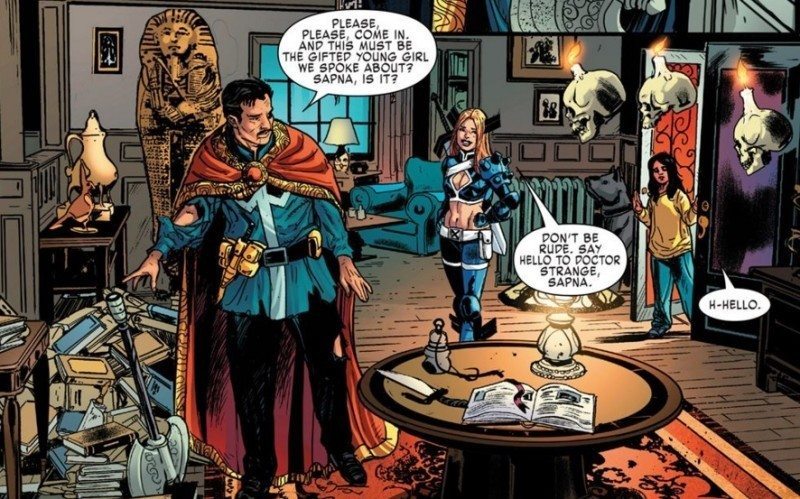 Besides the main title, the issue features a short story drawn by Victor Ibanez (artist of EXTRAORDINARY X-MEN #6 and #7) addressing the development of young mutant Sapna’s abilities as well as Illyana’s relationship to both her protégé and her magical mentor, Doctor Strange. While it admittedly doesn’t add too much to any of the characters, it hints at what’s to come for Magik and provides both additional information about the Mutant/Inhuman conflict and the origins of X-Haven.

If you’re a fan of Humberto Ramos’ work in general, EXTRAORDINARY X-MEN #8 won’t give you much to complain about. Everything there is to love about the Mexican artist – his kinetic style and his cartoonish character art – is there, and his exaggerated body proportions fit nicely to a story that heavily features 90’s characters and themes. Just like in the two previous issues, the art by Victor Ibanez might not be breathtaking, but it’s definitely sufficient and does what it’s supposed to do.

CLICK: Check out ComicsVerse’s review of another X-Book, UNCANNY X-MEN #4!

While EXTRAORDINARY X-MEN #8 might not reinvent the wheel, and it’s too early to make any predictions about the rest of the APOCALYPSE WARS event, the issue still convinces with its stunning visuals, believable characterization and classic X-Men elements.