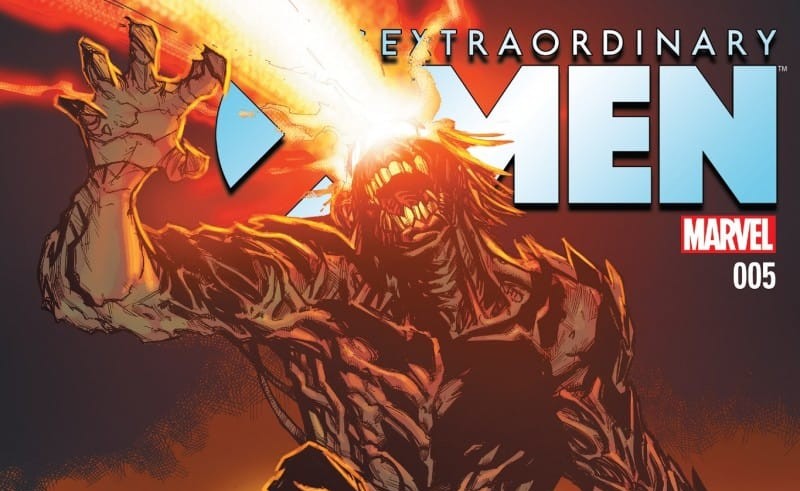 It’s the extraordinary X-Men versus Sinister – and his Inhuman Cyclops?

It’s still rough times for the X-Men, and after defeating Sinister and his Marauders, Storm and her team find themselves facing a part-Inhuman version of Scott Summers – an experiment gone wrong or one of their oldest friends? Will the mutants manage to rescue their friends Illyana and Kurt, and what does the future of mutantkind look like after this book’s first story arc concludes?

READ: Interested in Cyclops? Take a look back at the last 15 years of character development!

EXTRAORDINARY X-MEN manages to stay believable, especially with its character dynamics. The protagonists interact with each other the way they should, and every single one of them is entirely convincing. Jean finally giving Logan the security he needs to face the demons of his past? Makes sense. Colossus still being overprotective of his sister after finally being reunited with her, but Illyana demonstrating that she doesn’t need saving? Empowering and in-character. While reading, you can just really tell that Lemire has an understanding of these characters’ histories and wants to further their arcs.

In addition, the voiceover monologue is a rhetorical device Lemire has used several times during his run now already, and it’s working effectively, raising tension and accentuating the action-packed scenes. But this is just one of many examples for why this is a good issue, story-telling wise: The Inhuman/Mutant solidarity being addressed along the way; Storm’s speech towards the end of the issue, with another surprise guest appearance; and the issue’s ending seeming somewhat optimistic all leave the reader satisfied with the first arc. The fifth issue manages to wrap up what has been started in #1 and still leaves enough questions unanswered to leave us wanting more. 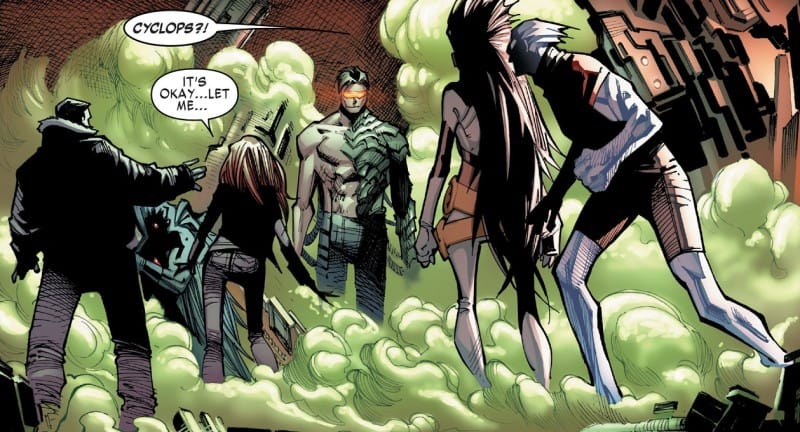 That being said, the way last issue’s cliffhanger is being dealt with in the first few pages is kind of anticlimactic, essentially making the last few pages of #4 a quick cash-grab. The confrontation between Storm’s X-Men and Cyclops, no matter if what we’re facing is the “real deal” or some clone, had a lot of potential, and unfortunately, Lemire is missing a great opportunity to challenge Storm’s security as a leader, or Jean’s decision to join the team, or reveal more details about the path Scott Summer has taken before his death.

CLICK: Did you miss our review of EXTRAORDINARY X-MEN #4? Check it out here!

There’s indeed a thin line between Humberto Ramos’ art appearing somewhat cartoony, dynamic, and kinetic, or just sloppy, unclear, and demanding to read. And while the issue is, overall, fun and great to look at, it would be more effective if the art paid closer attention to details – leaving out character’s faces altogether is not an option.

Overall, EXTRAORDINARY X-MEN #5 is a worthy finale to an overall appropriate first arc – and it make me very curious to see where the book is going!