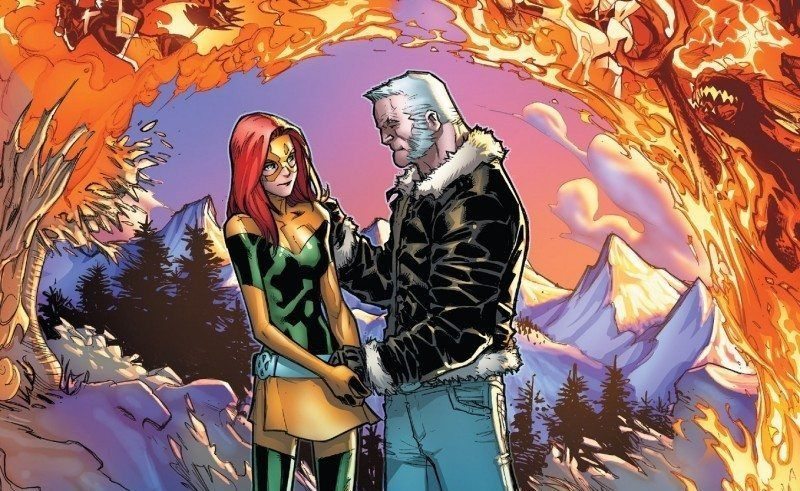 While Storm and Iceman try to defend the mutant refugees from the demons of Limbo, Jean from the past meets Logan from the future… sort of…

The cat has been let out of the bag – the location of X-Haven has been revealed. And, with Magik currently unconscious and the defense mechanisms she set up no longer effective, Storm, Iceman, Forge, Cerebra and the students fight a losing battles against countless hordes of demons from Limbo. Meanwhile, Jean has realized that the X-Men need every mutant available – and she and Old Man Logan have an extremely emotional conversation in his camper. There are also many questions left unanswered by this issue – what is Sinister planning? Will Magik and her brother be able to both survive and rescue what’s left of Nightcrawler?

READ: The world of the X-Men is complicated… Find out how to get started! 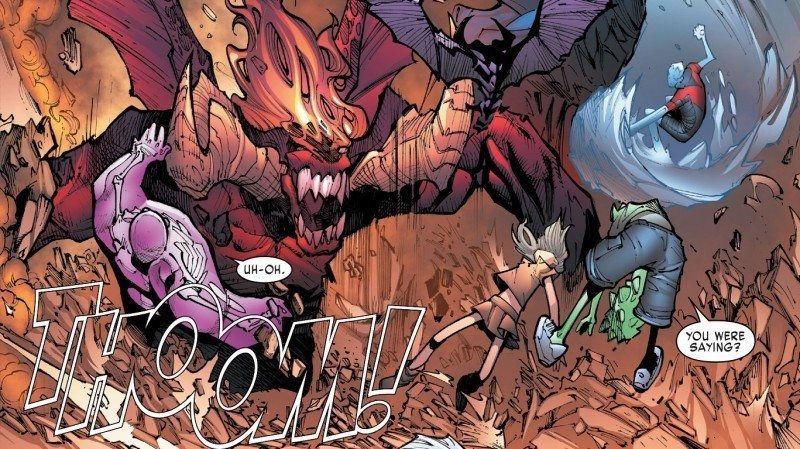 On the one hand, delaying the Rasputin/Sinister side plot until next issue left Lemire room to concentrate on the X-Men’s struggle for survival and for their refuge, as well as on the clarifying conversation between the time-displaced versions of two of the most iconic mutant characters, which actually coexist surprisingly well. Lemire has definitely improved when it comes to managing the dialogues within the book – they seem a lot less wooden and rushed, and are pretty well-paced, especially in contrast to the dynamic and fast-paced action sequences. Luckily, they don’t even feel like they’re decelerating these scenes.

On the other hand, though, this is the third out of five issues of this opening arc for Lemire’s flagship title, and the arc’s main villain has only appeared once. I just feel like the antagonist should get his fair share of screen time, otherwise neither his plans nor his motivations can be explained properly.

Here’s something funny: as if the whole concept of the book – the growth of the Inhuman population being the same reason as the decimation of mutantkind – wasn’t meta enough, Lemire directly addresses the rumors spread by BleedingCool in May about the X-Men leaving earth in a fourth-wall-breaking section of the dialogue between Logan and Jean! 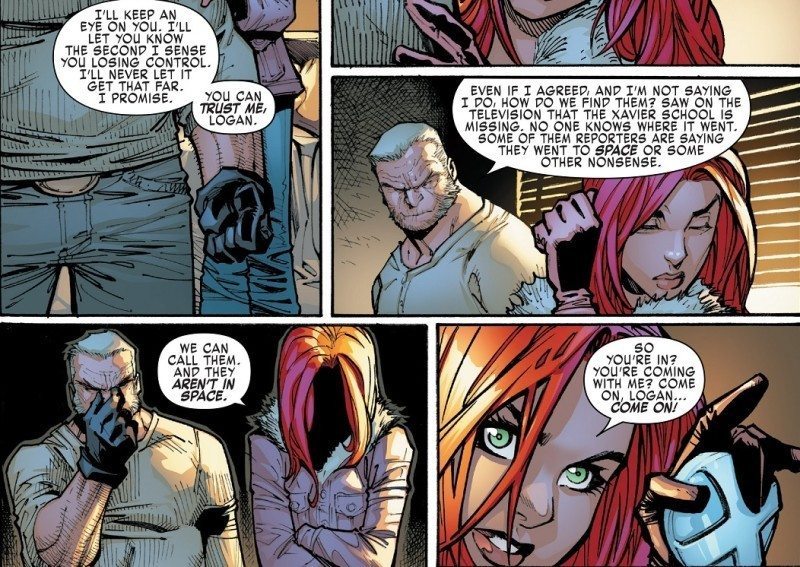 The dialogue itself is something that’s being focused on during the issue, and it comes off, given the circumstances, believable. Ramos’ exaggerated facial expressions are, despite readers’ doubts, great at conveying the character’s emotions, and Lemire has a really good understanding of where the character of young Jean is coming from, and how she should interact with Old Man Logan.

I’ve expressed my concerns about the characterization of Old Man Logan in my previous review, and this issue only strengthens them: the Old Man Logan we see interacting with Jean in this issue is the Logan from the first few issues of Mark Millar’s original run, this is not the Logan that arrived in the All-New, All-Different Marvel Universe at the end of the Brian Bendis run. I’ll have to give Lemire the benefit of the doubt and let him explain this character regression in his OLD MAN LOGAN solo title, issue #1 of which is being released in January. Until then, I just can’t help but feel like this is an unjustified step back for the character, and that Old Man Logan is the only mutant in this book whose point of view Lemire just isn’t really capturing.

The many action sequences in this issue are extremely dynamic.  Ramos’ exaggerated body proportions and his kinetic style make the pages just seem extremely vivid, with Delgado’s flashy colors making sure that Limbo feels just as hell-ish as it has to. The fights are being scattered by things that just bring a smile to my face as an X-Men fan: Iceman’s army of snowmen, Cerebra’s behavior during combat, characters like Glob and Anole finally being referred to as X-Men, a young mutant manifesting his powers properly, and, last but not least, the appearance of Xavier. Lemire is just aware of what fascinates readers like me about the franchise, and I’m extremely happy that the plot about Storm seeing Xavier is being revisited. It’s not only the art, but also the way Lemire arranges the chess pieces of his new X-Men world that makes the book seem really vivid.  I caught myself being really thrilled for the character’s fates during this fight. 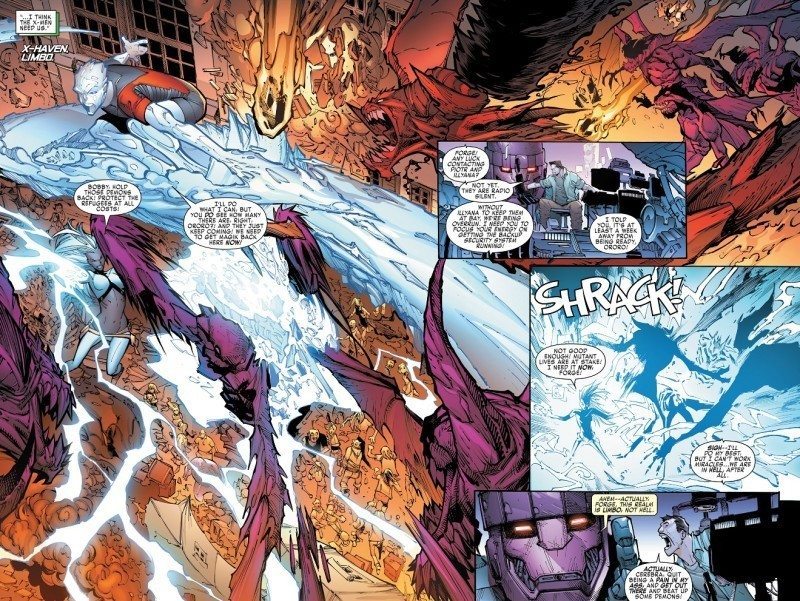 I’m not too sure about the cliffhanger. The issue kind of ends the way it began, with the exception of two new team members. Let’s just hope the fight against Limbo-demons won’t take that much longer in the upcoming issue. This is a general problem this issue has: it doesn’t move its plot forward the way the previous issue did, because it concentrates on the Jean/Logan dialogue and the action taking place around X-Haven.

While EXTRAORDINARY X-MEN #3 may have its issues when it comes to the plot, as well as the characterization of one of its most important characters, it offers superb art, a believable dialogue, and thrilling action with many, many details to fall in love with for X-Men fans!