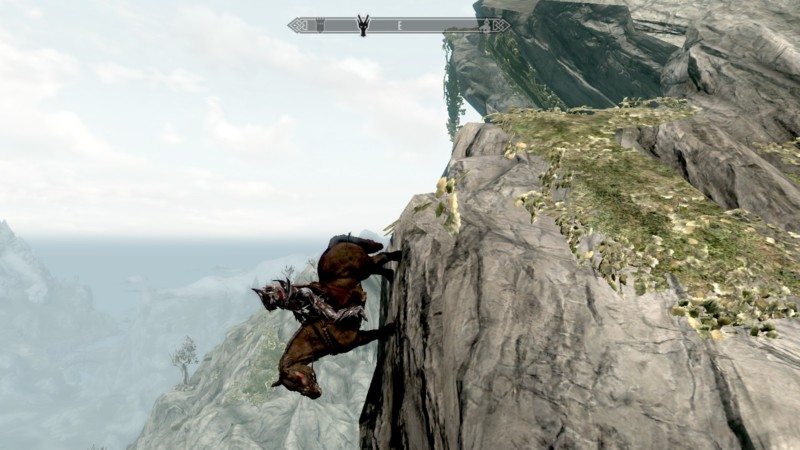 ‘Combat physics’ is a term that gets thrown around a lot in the video game world. Combat physics, in the context of video games, is the interaction of the player with other entities and objects in the game as part of a combat system. They are the rules that govern fighting and movement in the virtual world.

Let’s take a look at the classic game, Team Fortress 2. TF2 is a team based multiplayer shooter that is widely hailed for its well-designed physics. The game presents a stunning range of gameplay possibilities that are born from those physics. One of these possibilities is a rather famous technique called rocket jumping.

Rocket Jumping is a tactic where the bazooka-wielding Soldier character jumps into the air, while simultaneously firing a rocket at this feet. The resulting explosion propels him into the air, at the cost of some damage to himself. This technique provides a dynamic mobility advantage, and catches the enemy team off guard when explosive justice rains from above. Plus it’s just awesome.

READ: The Greatest Comics That Marvel Has To Offer From 2016!

While rocket jumping certainly is the most prominent TF2 mobility tactic, it is not the only cool use of physics in Team Fortress 2. The game’s physics engine allows for a ton of explosion based maneuvers, like sending enemies(or yourself) flying with the Demoman’s sticky grenades. Team Fortress 2 accomplishes good combat physics because weapons do more than just inflict damage numbers in the game. Weapon projectiles and the resulting explosions exert dynamic force on character avatars, instead of just damage numbers. It profoundly changes the way that combat works in the game and adds a level of depth that has kept players coming back for thousands of hours of gameplay.

What Makes for Good Combat Physics?

Okay, that’s not the only factor, but it’s a big one. A good combat system generally has the following components: (In)consistency, Dynamic Interaction, and Satisfying Reactions. It’s worth noting that physics don’t have to be realistic for them to be good. The point of a game is to have fun, so if the physics engine helps you accomplish that goal, then they can be as realistic or crazy as necessary. Take Grand Theft Auto V for example, with its consistently inconsistent physics:

A game’s combat physics need to be consistent to be successfully entertaining. This is accomplished in two ways: either the game has a solid and predictable set of physical laws that can be utilized efficiently, or the game’s physics are so broken that they are reliably inconsistent. Team Fortress 2 is a great example of the former, where players will find endless hours of fun in the skillful use and abuse of the game’s physics. Grand Theft Auto V and The Elder Scrolls: Skyrim are good examples of the latter. You’re never entirely sure what to expect from the physics engine in either game, but you can be sure it’ll be entertaining.

READ: How Comic Books Are Taking Over Popular Culture Across the World!

Combat physics aren’t much fun if the player can’t interact with the forces at work in the world. Sadly, it’s something of a default setting for modern shooter games that have reduced the gameplay to point-and-shoot. Half of them don’t even give the player the ability to jump anymore. I’m looking at you, The Division. That game is a culprit of the worst kind of combat ‘physics’, where player’s interactions with the environment and physics engine are scripted.  The player isn’t actually interacting with the game’s physics, they’re watching the game do everything for them. It takes the fun right out of the game.

On the flip side, a game with good physics interaction is Skyrim. The horses of Skyrim have a rather strange relationship with gravity that allows them to trot straight up sheer cliffs. The various Shout powers in the game allow the player to send enemies flying into walls and survive jumping off a mountain. Finally, no Skyrim player will ever forget the moment they first decided to piss off a Giant.

Video game physics really don’t need to be realistic, or even entirely functional.  The developers of Skyrim probably didn’t intend for your horse to be able to run straight up an 87º cliff. I can tell you this, though, it sure as hell is fun.

READ: How Dexter Is Taking On Domestic Violence On Primetime Television.

Imagine you’re playing a war game. You sneak behind the enemy lines and catch a squad of soldiers hiding behind cover. They haven’t seen you yet. You quietly unpin a grenade, and chuck it into their midst! They react too slowly, and none of them make it away before an explosion erupts in the middle of them and… some number appear above their heads as they collapse weakly.

A good physics engine employ forces that give a satisfying reaction whenever the player interacts with them.

Saints Row IV is the illegitimate child of Grand Theft Auto V and Infamous, with a script ghostwritten by Douglas Adams. The physics of the game are completely silly, and the rules of reality are beautifully inconsistent. The game grants the player increasingly absurd powers that let them abuse the world around them. It’s a hot, violent mess. And it’s completely awesome.

Saint’s Row IV is consistently inconsistent. It gives the player vast and powerful influence over the game’s physics, then takes it all away at critical moments. The laws of existence bend and twist until they’re barely recognizable and that part’s not even a bug. Well, not an accidental one anyway. SRIV provides the player with dynamic interaction at all points of the game, then rewards that interaction with intense, immensely satisfying reactions. There’s nothing quite as epic as leaving a vortex of debris, cars, people, and general chaos in your wake as you sprint down the highway at 100mph. And Saints Row IV lets you do exactly that. Whatever other flaws the game may have, it is a perfect example of awesome combat physics.

Physics of the Future

With the march of technology, surely video game physics are getting better, right? Well, yes and no.

The computing technology and programming techniques are growing more powerful by the year, but the human element remains the same. I think it’s safe to say that a lot of game developers don’t fully understand the relationship between a game’s physics engine and that game’s success. Developers have more powerful tools but aren’t necessarily utilizing them well. Recent games like The Division make extremely poor use of their physics engines, while games like Battlefield 1 do a pretty damn good job of utilizing modern technology to it’s fullest.

Current physics engines are largely limited by hardware and popular demand, but we do see a few rare gems of physics based games like Kerbal Space Program finding success. However, with the advent of virtual reality, and full immersion hardware, we just might see some really crazy stuff developing…

The possibilities are limitless. And the possibilities for immersive combat physics are looking pretty awesome. Imagine if gloves could be worn that applied simulated resistance to make the player feel like they’re actually holding a sword! Or a temperature adjustment so it feels like they’re holding a fireball in their hands as they rain down flames on enemies. It adds a whole new depths to the satisfaction and interaction aspects of combat physics. Full immersion systems, with the help of VR, will allow game developers to push the limits of reality, and help players enter a whole new world.

We’re Not In Kansas Anymore Toto

Arguably, the entire goal of video games is allowing players to escape our world and enjoy a better one for a while. And for another world to be better than this one, it needs to be more fun. It’s important for game developers to remember that players don’t usually want realism. They want fun, and it is neither practical nor entertaining for the laws of nature in a game to be as realistic as possible. The physics of a video game should transcend reality, and bend the laws of time and space into a world that’s way more fun to play in.

When players jump into a game, they don’t want to find themselves right back in Kansas. They want to be in the colorful, wonderful world of Oz, filled with magic, where the laws of physics don’t apply the same way they did in Kansas. Game developers have the power to make Oz as magical as they can imagine, and it’s a shame to squander that power making Oz look just like Kansas.