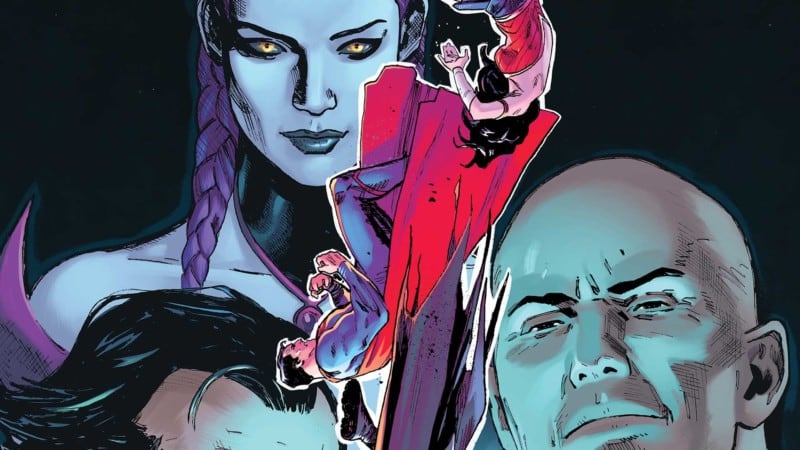 ComicsVerse is thrilled to present an exclusive preview of TRINITY #7! You won’t see these pages anywhere else until the comic releases on March 15th! 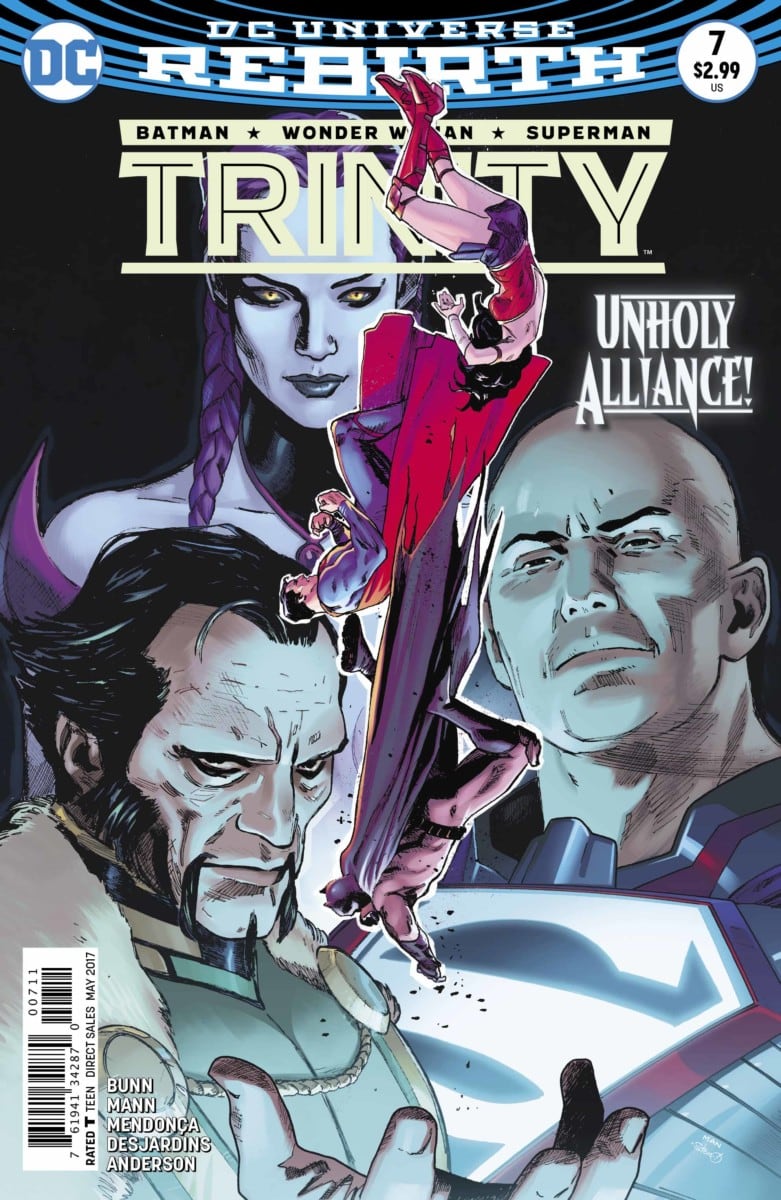 TRINITY #7, titled “The New Pandoras,” opens on the ruins of a mysterious temple. A guard with a double-faced mask silently protects the temple’s secrets, but a well-placed knife to the throat cuts his tenure short. Out of the shadows steps the Demon’s Head himself, Ra’s Al Ghul! 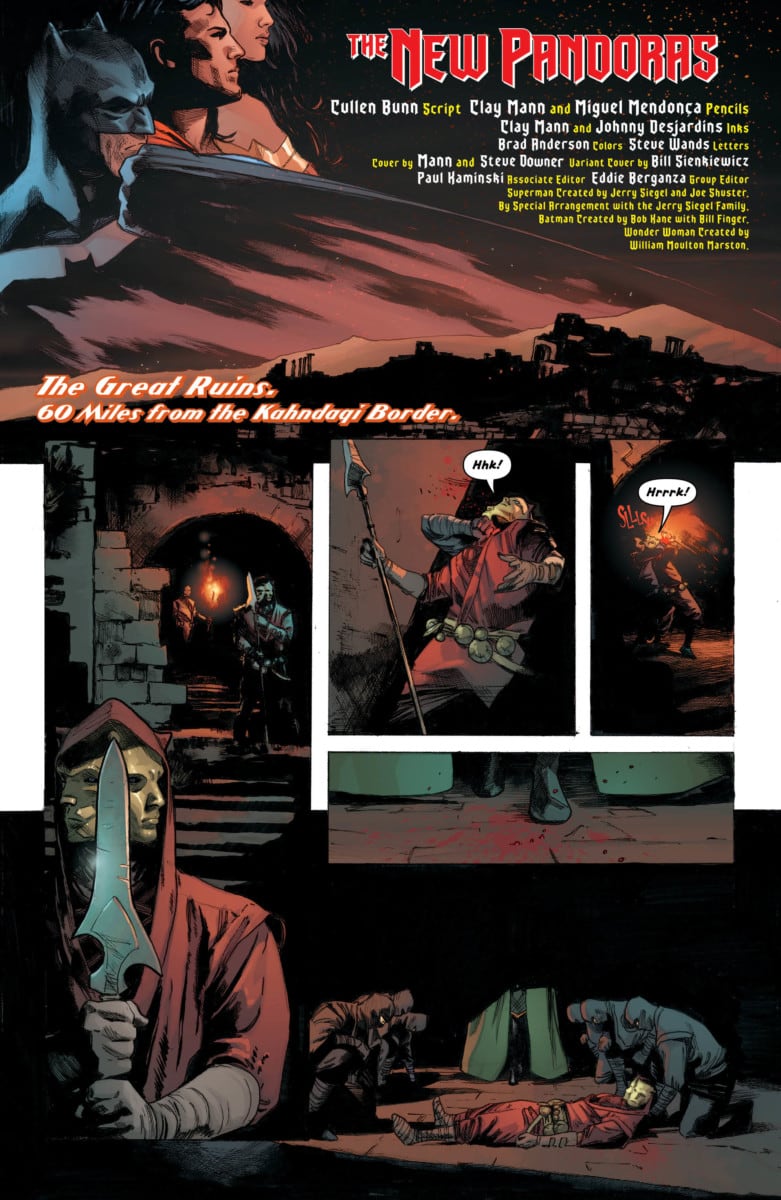 When we last left them, Batman, Superman, and Wonder Woman had just broken free of a bizarre dreamscape controlled by the evil warlord Mongul. The mega-villain took possession of Superman’s body and promised to wreak havoc, but he was thwarted by Batman and Wonder Woman, with unlikely assistance from Poison Ivy and her dream-child. With Mongul’s banishment back to the dream world and Superman freed, the Big Three were finally able to enjoy a nice quiet dinner on the Kent farm with Lois and Jon. Now that the superheroes are enjoying a well-earned break, the time is ripe for the story to switch gears and focus on the super villains! 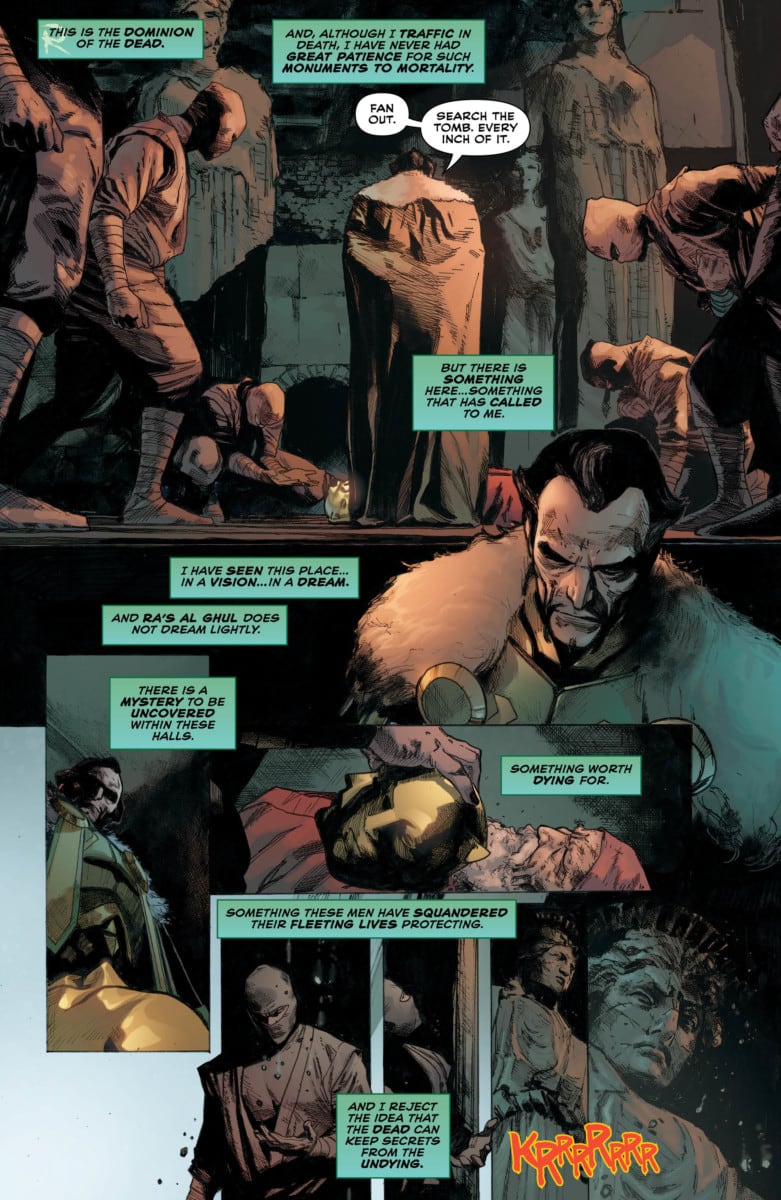 In a fascinating departure from the norm, Ra’s narrates this comic. We learn that Ra’s has penetrated the Dominion of the Dead, and is after the mysterious secrets that lie within. But it appears the temple itself has other plans for him. 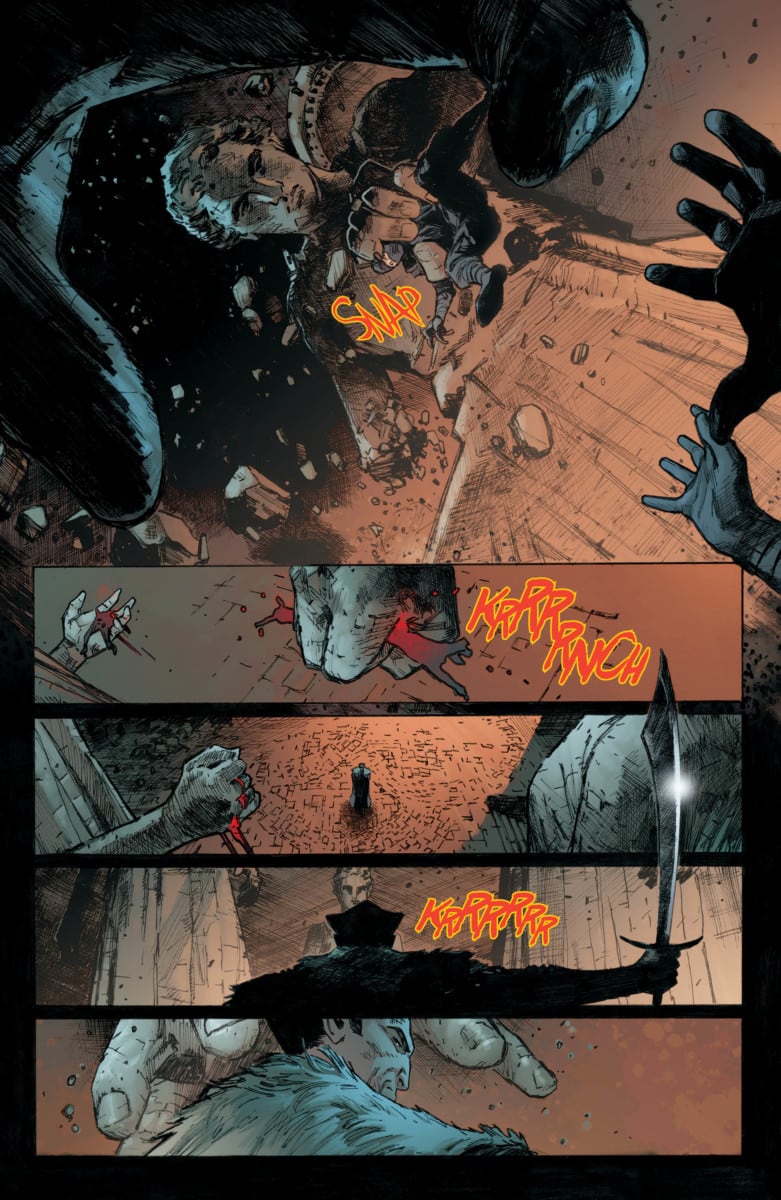 The temple’s massive statues awaken, crushing the life out of Ra’s Al Ghul’s men. Ra’s prepares to take on the living statues, just as our second villain makes his appearance. And it’s someone we would never expect! 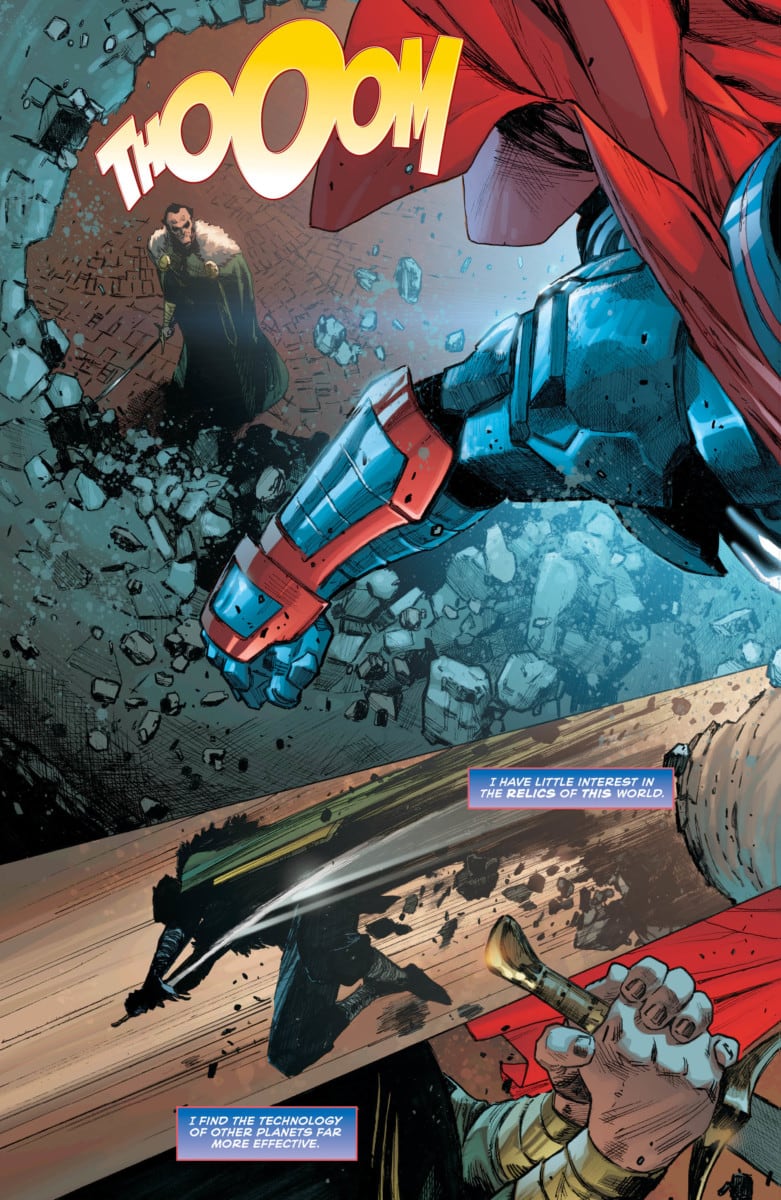 Our second villain and narrator is none other than Lex Luthor, in all his super-powered glory! The dual antagonists destroy the living statues, even as we learn that Lex isn’t particularly interested in the relics of Earth. So what is he doing in this ancient temple? 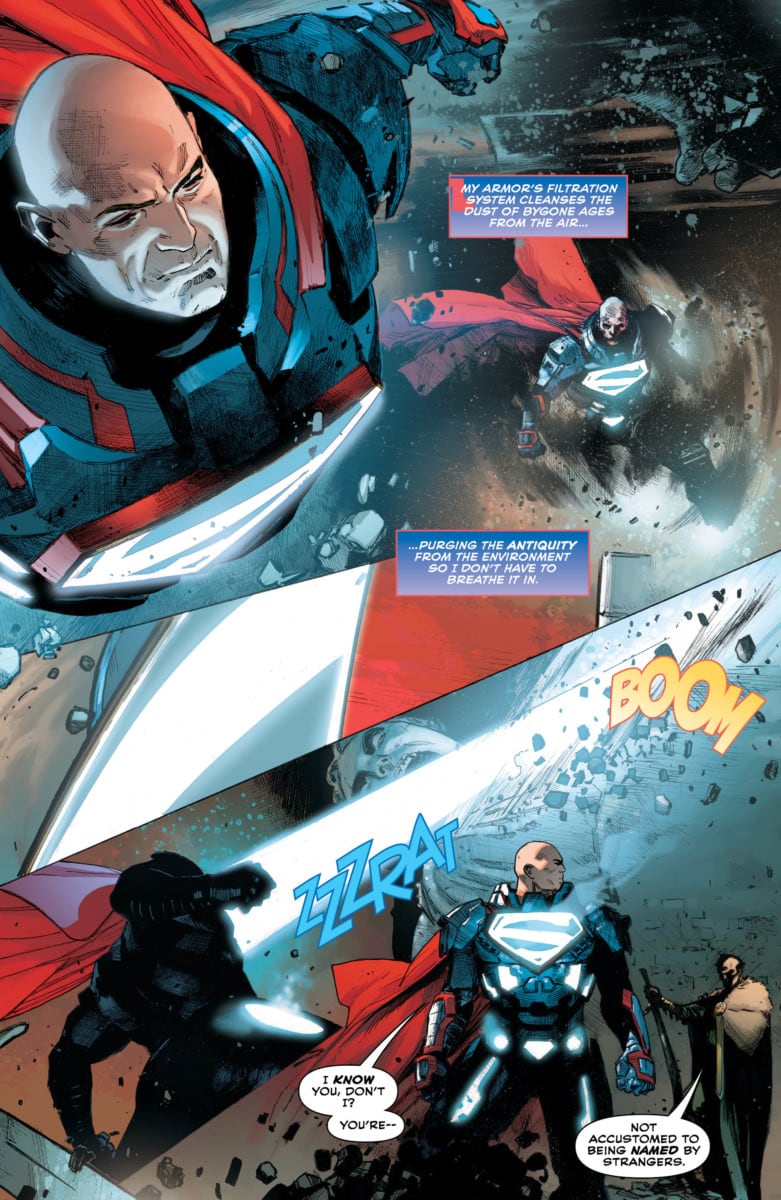 The preview ends just as Luthor and Ra’s meet face to face, leaving readers with many questions. What is the self-professed hero of Metropolis doing in the Dominion of the Dead? Has he returned to his old ways? And what artifact could possibly be so important that both Lex and Ra’s seek to claim it?

All will be answered when TRINITY #7 hits shelves on March 15th! Written by Cullen Bunn, with pencils by Clay Mann and Miguel Mendonca, the new issue presents the Dark Trinity, a villainous team who just might be powerful enough to defeat our favorite heroes!