ComicsVerse is proud to present an exclusive preview of THE LOST BOYS #6! Fans of the cult classic vampire movie need to check this out to quench their blood thirst until it rises from the grave on March 8, 2017!

Things have gone from bad to worse as the true plot of the Blood Belles has been revealed. Stakes are high, but they’ll need to be brought low if Sam, Michael and the Frog Brothers want to get out of this predicament. The comic book sequel to the cult classic vampire movie comes to a bloody conclusion! 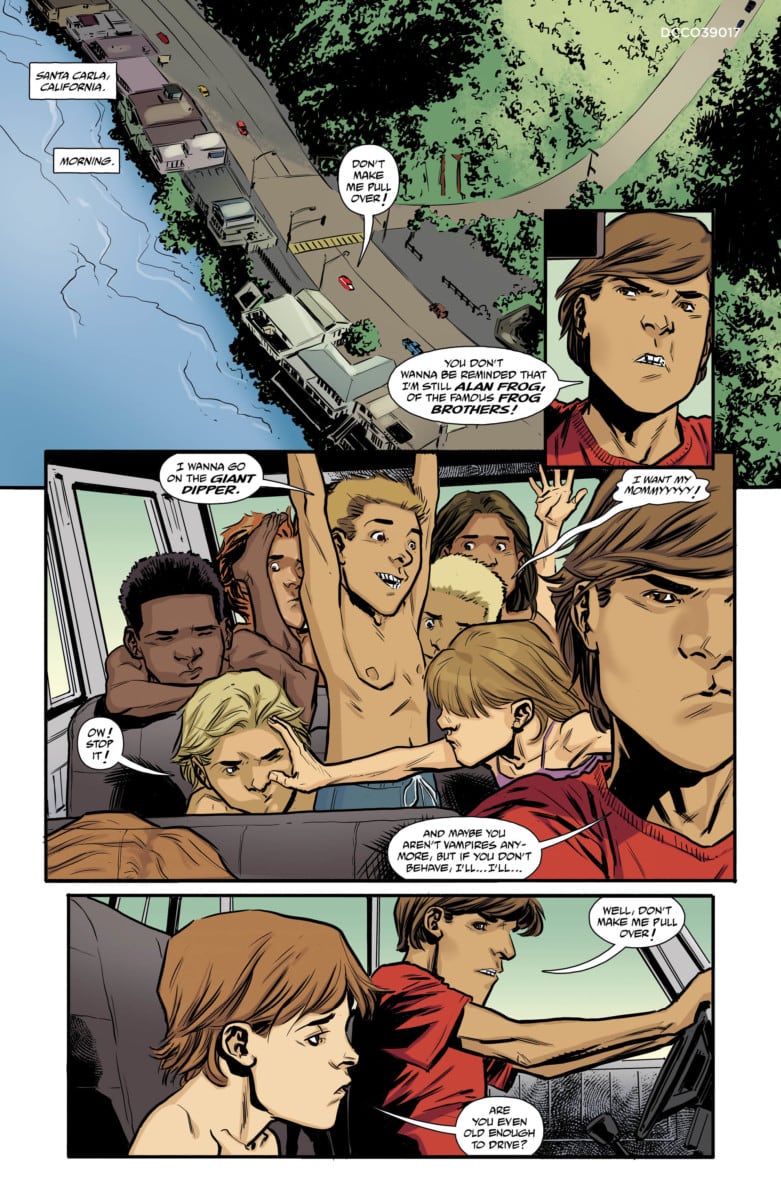 “One thing about living in Santa Carla I never could stomach: all the damn vampires.” Grandpa Emerson couldn’t be more right. Even after his grandsons, Sam and Michael, and the Frog Brothers defended their home from head vampire Max and his band of lost boys, Santa Carla presents more fanged problems for them to deal with. 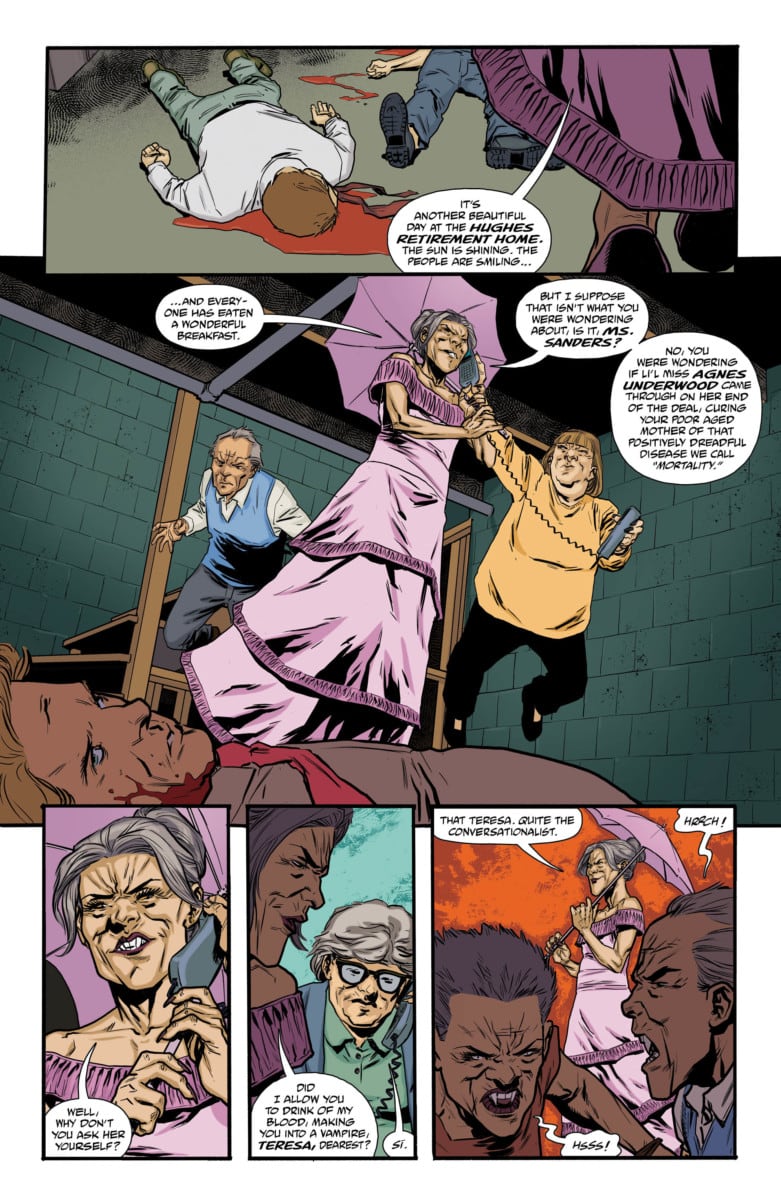 In Vertigo’s THE LOST BOYS, the direct sequel to the 80’s classic, a new threat, the Blood Belles, arises. Sensing the vacuum in power left by Max, it’s all hands on deck to fight tooth and stake against the undead! All the fan favorites return (even some dead ones) to make this a rip-roaring, throat tearing, rocking adventure to sink your teeth into.

In THE LOST BOYS #6, we are getting a finale that could rival the movies! Will Sam be able to rescue his mom from the clutches of this new horde of vampires? Will the Blood Belles succeed in their notorious plan? Will the Frog Brothers dispense justice with quips only the 80s could provide? 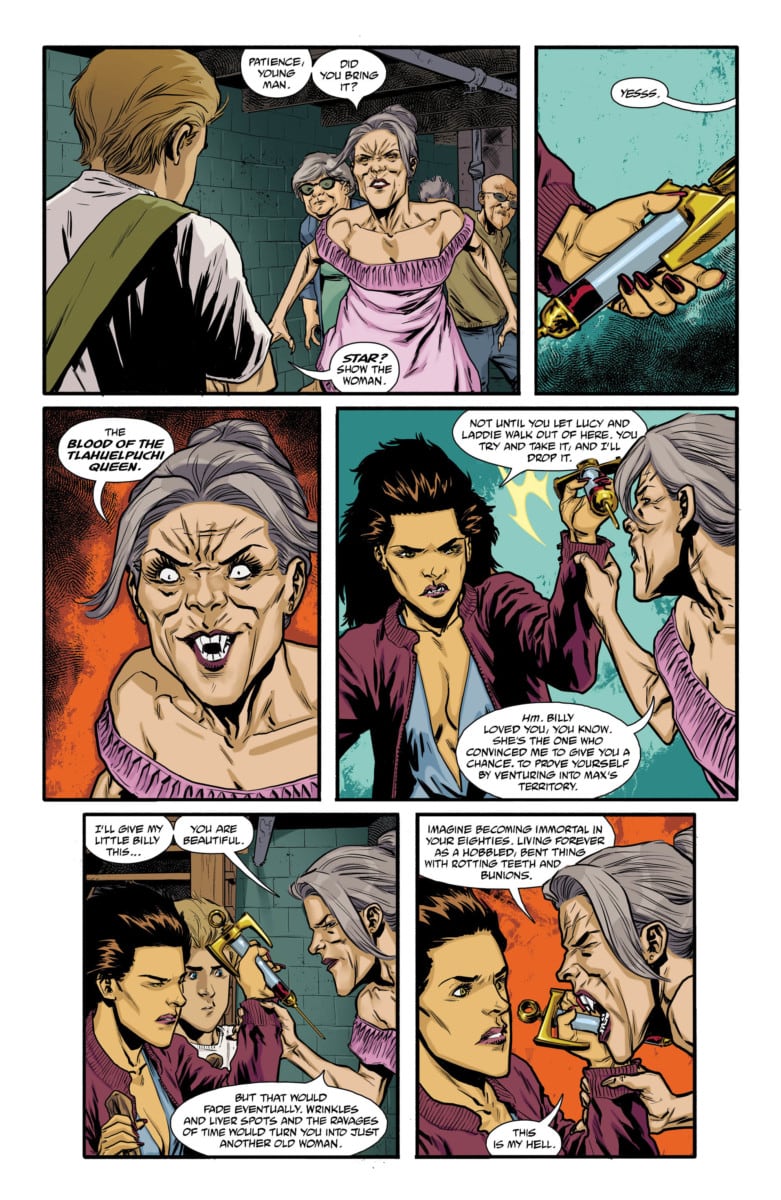 From Tim Seeley (GRAYSON, NIGHTWING, HACK/SLASH) and Scott Godlewski (THE DARK & BLOODY, COPPERHEAD) comes the finale to the limited series that fans have been clamoring for! Feast your eyes on these preview images to get a taste of what lies ahead.