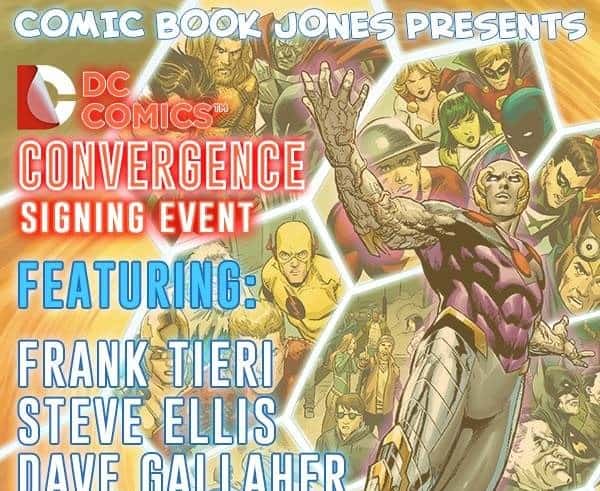 In the second of our Convergence interviews, here’s an EXCLUSIVE interview with Justice League and Convergence: Suicide Squad writer Frank Tieri! 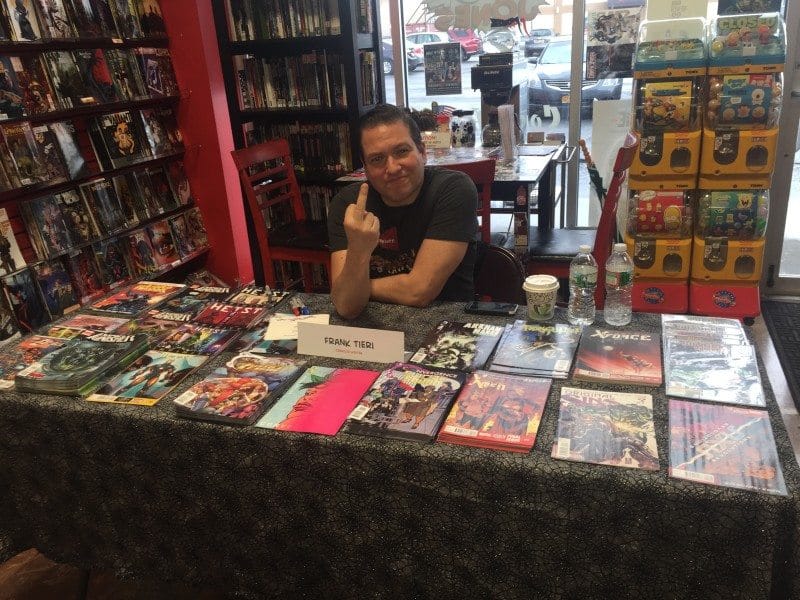 DC contacted me, Dan Didio actually contacted me. He called me up and asked if I wanted to be involved in Convergence, I sad yes. The first thing they offered me was Suicide Squad, and Justice League came later. They asked me which city I wanted to fight, and I picked Kingdom Come. I was a big fan of the Kingdom Come Series, so that was a no-brainer for me.

Yes, it was that specific era, right after they’d disbanded. So I had to pick up from there. The dome came down, and what happened to them. Where were they in their individual lives after that. 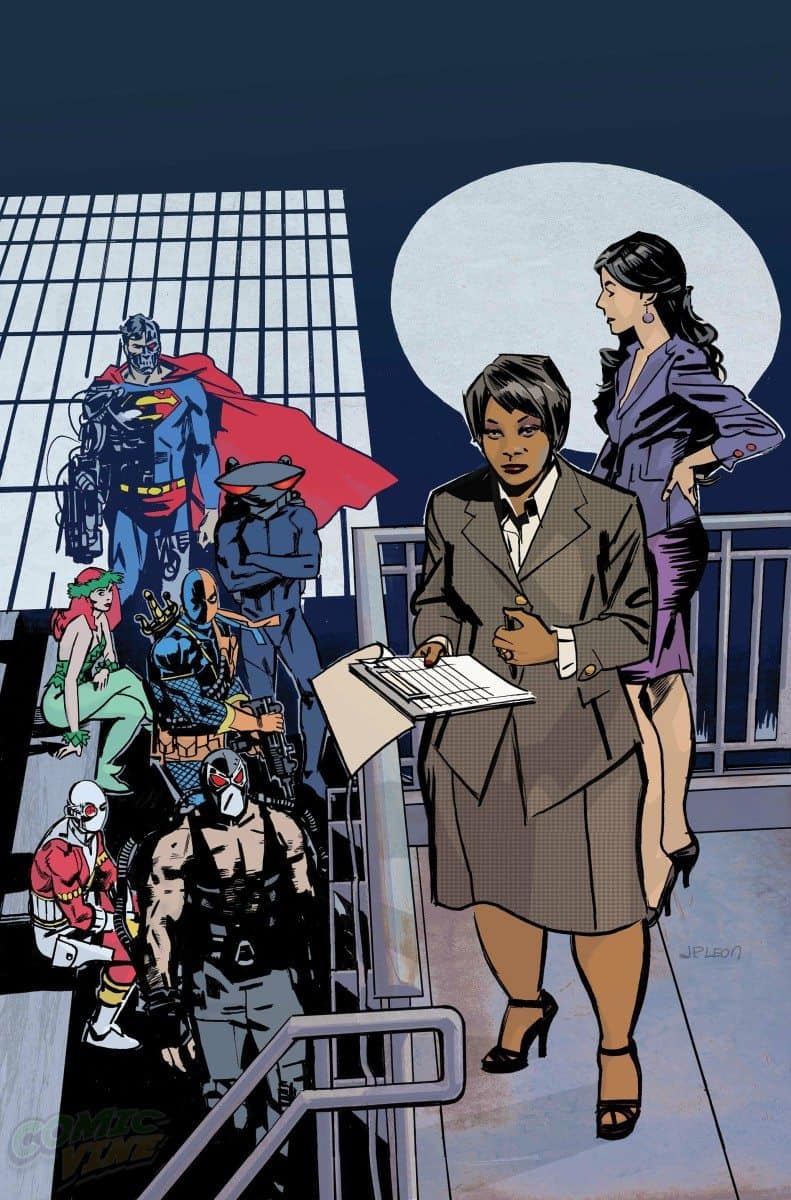 I wanted to do a mix. I wanted to honor the old team, and bring in the top bad guys from that era who I would like to see in the group. I kept some of the regulars like Deadshot, who was a particular favorite to work with, (Captain) Boomerang, but also I wanted to give fans the villains of that era like Bane, Cyborg Superman, Black Manta, Deahstroke, Star Sapphire, really put a badass team together. A roster like that you’d get excited about.

The whole thing with the Justice League, they asked me to do the book and I said sure.  It’s from that era from when they’re disbanded, so we were trying to figure out an angle for the book. One thing DC and Dan Didio wanted to do was try to get a different angle for each book. When we were trying to figure out the angle for Justice League, we noticed a lot of the prominent member were female, so we said, it was actually Dan Didio’s idea, to make it an all-female team. We brought Mera in because of the connection to Flashpoint Aquaman, whose really like bat-shit crazy, so he was a lot of fun to play with.

Suicide Squad, if you read the first issue, we know who the players are and what the big mission. The mission is to take out Green Lantern of Kingdom Come’s space station, New Oa. The heroes of Kingdom Come have been using that as a headquarters and a launching point to defend the city against any attacks. We’re going to see a big fight on New Oa between the Suicide Squad and the Kingdom Come heroes. As we see at the start of Suicide Squad, the mission fails and Amanda Waller is dying, betrayed by someone within the group. The question is, who is that person? Now, spoiler alert, for those of you who’ve read the end of issue one, the final member of the Suicide Squad is Kingdom Come Lex Luthor with Sinestro’s ring. Is he the one whose betrayed the group, is it someone else from within? That’s what we’ll find out next issue. 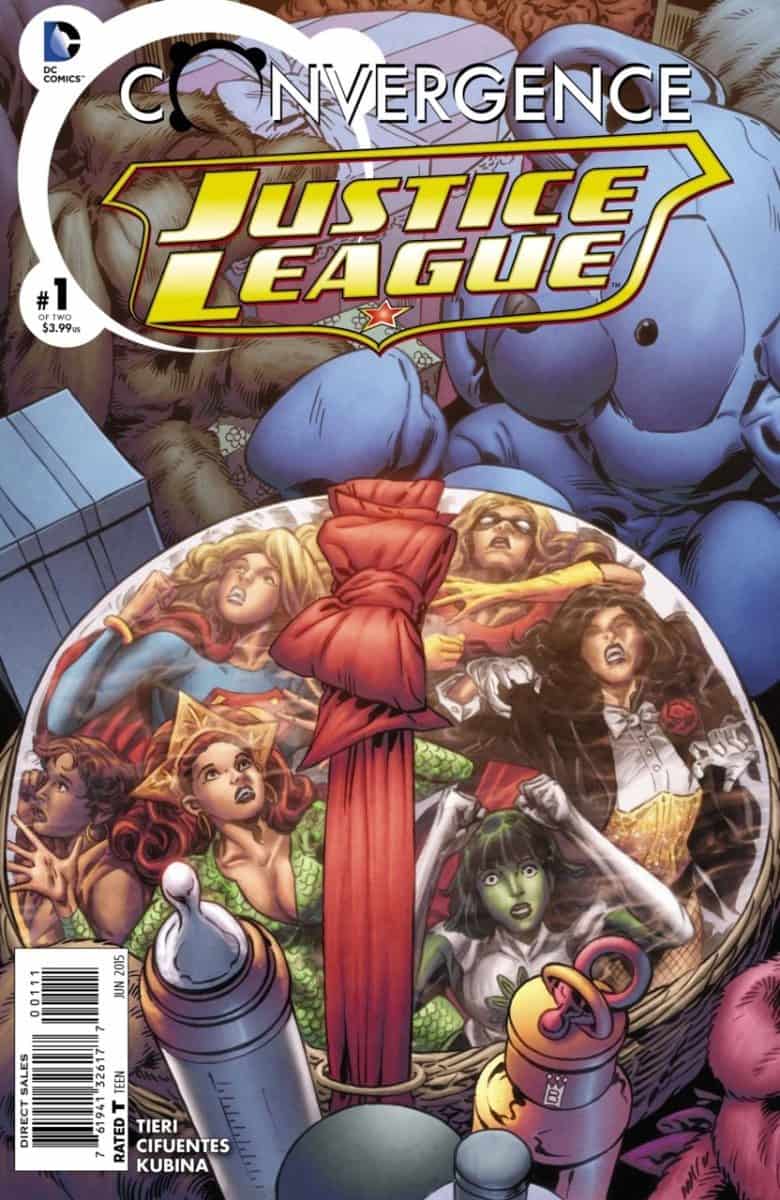 Flashpoint Aquaman has kidnapped Mera, and the girls of the Justice League go to save her. One thing they don’t realize is that he was about to attack Gotham (before the dome fell) with his Atlantean army. That’s going to be a big fun fight, with all sorts of sea creatures, aqua-men, aqua everything.

Once again, a big thank you to Frak Tieri for the interview, and the outstanding staff at Comic Book Jones for their help putting it together. The second issues of Convergence: Justice League and Convergence: Suicide Squad both go on sale this week, so look back here for some corresponding reviews, and keep you’re eyes peeled for more exclusive interviews.