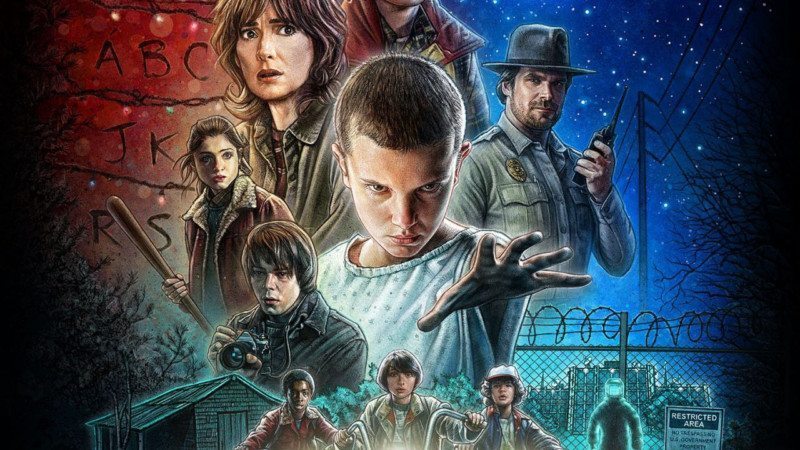 The new hit show on Netflix, STRANGER THINGS, is a show that lets us look at a bygone era of cinema through rose-tinted glasses. It is a show that reminds us of the media we all loved and consumed through the 1980s. But to those viewers who are too young to remember such an era, many of these nods and winks of the show may go over their heads. So, if you’re looking to connect the dots of all the references scattered throughout, here are the essentials everyone should watch after finishing STRANGER THINGS. 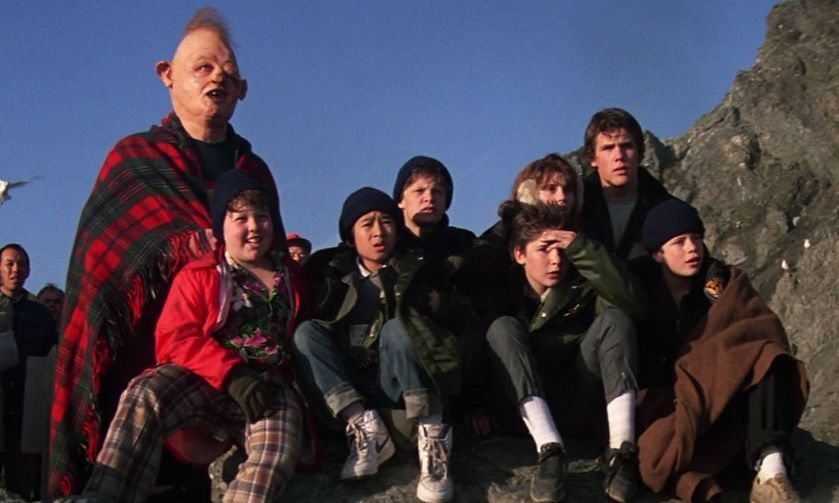 Easily one of the biggest influences on STRANGER THINGS, THE GOONIES is a movie about childhood adventure. Starring a pre-LORD OF THE RINGS Sean Astin and containing Josh Brolin’s first screen appearance, GOONIES follows a group of adolescent kids on what they think will be their last summer afternoon together as they search for buried pirate treasure. After finding a map in Mikey’s (Sean Astin) closet, the group of friends go off in search of riches, dodging booby traps and criminals alike, before coming upon a pirate ship filled with rubies.

Like the characters in STRANGER THINGS, the kids of THE GOONIES are lifelong friends who don’t hesitate to help one another. When Will goes missing in STRANGER THINGS, the rest of the boys go looking for him. When there is a chance to find pirate gold and keep the neighborhood from becoming a golf course and keep their friendship together in GOONIES, they all band together to go on the search.

Directed by Richard Donner, THE GOONIES is a classic of ’80s cinema, filled to the brim with excitement and thrilling spectacle.  It is a prime example of an adventure film done right.

READ: The strong feminist message of Miyazaki films through the years!

E.T. follows the story of Eliot, a boy from a small family who stumbles across a big discovery: an alien life form named E.T. The alien is genial and kind to the young Eliot, and the two quickly become friends. Just like El in STRANGER THINGS, E.T. is pursued by  the government and must be kept hidden from Eliot’s family. Through the course of the film, E.T. shows supernatural powers, just like El, and is able to use them to help get away from the government agents pursuing him. Through teamwork and friendship, the kids are able to get E.T. back home.

An important film of the era, E.T. is a heartwarming tale. While not as action packed as we expect our alien films nowadays, E.T. is still a great film for the whole family.

A film that inspired the character arc of Joyce (Winona Ryder) in STRANGER THINGS, POLTERGEIST is a horror film released in 1982 and is the third film on this list that included the help of Steven Spielberg, producer on this and THE GOONIES, and director of E.T. (He is the unofficial king of ’80s cinema.)

Directed by Tobe Hooper, POLTERGEIST follows a suburban family dealing with Gothic horror issues, as their home is invaded by ghosts. Supernatural incidents occur through the house, culminating in the abduction of Carol Anne (Heather O’Rourke), the youngest daughter, into another dimension. Just like Joyce in STRANGER THINGS, Carol Anne’s mother Diane (JoBeth Williams) will do anything to get her daughter back. She is only able to communicate with Carol Anne through a static-scrambled television set, similar to how Joyce can only contact a kidnapped Will through stringed lights. Events continue to escalate to a climatic finale and a journey into another dimension to retrieve their lost daughter.

POLTERGEIST is different than the other films on this list in that it has a much harsher bite. While THE GOONIES and E.T. are family-friendly affairs, POLTERGEIST isn’t afraid to get dark and scary (most notably the face peeling scene). It is recommended that the kiddies be put to bed before you turn this one on.

One of the components of STRANGER THINGS that got a lot of love was the synth-heavy soundtrack. Composed by the band SURVIVE, synth-wave soundtracks have seen an explosion in popularity in the last few years, with films like DRIVE and IT FOLLOWS having synth-based soundtracks. While the 1980s were filled with their share of synth scores, no man can be accredited for such a collection of famous synth scores as John Carpenter.

Starting with his film HALLOWEEN, John Carpenter became known for his use of synth instruments to give his films a moody, dark feel. Such films as THE FOG and ESCAPE FROM NEW YORK contain dark synth soundtracks, their reverberating beat contagious and infectious. Carpenter still creates music to this day, recently releasing two records (LOST THEMES and LOST THEMES II).

The majority of John Carpenter’s work has found a sizable fan base, with nearly all of them put to vinyl. For those who are interested in looking into the synth tracks of the era, Carpenter is the best starting point.

And many, many more

This is just the tip of the iceberg when it comes to references and homages in STRANGER THINGS. Shades of CLOSE ENCOUNTERS, SILENT HILL, STAND BY ME, and A NIGHTMARE ON ELM STREET are dotted throughout the series. For those interested in further exploring the influences of the creators, or those just interested in taking a trip back into the past, these films (and movie scores) are the perfect place to start.