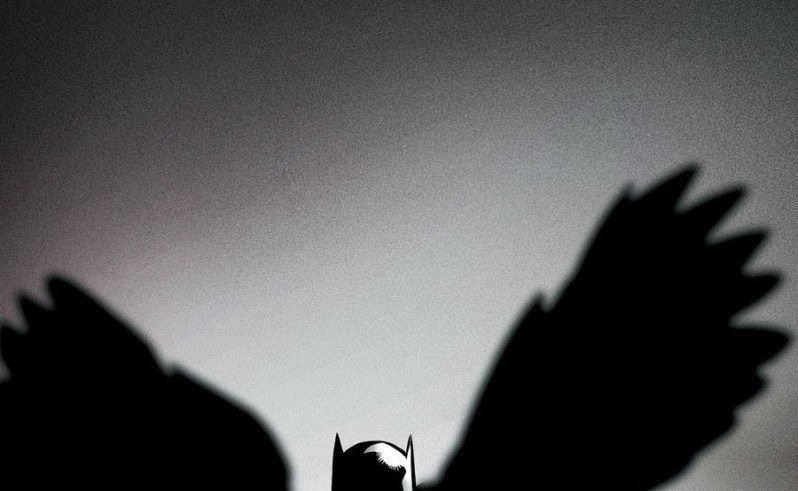 Batman has a long history and it can be a daunting task to try and figure out exactly where to start. Luckily, ComicsVerse has already compiled one list of essential readings to understand the foundation of the character. Now, it’s time to get into the finer nuances of where the character is today. In part 2, we’re going to look at Grant Morrison’s highly influential run and the most important Batman story arcs of the New 52, mainly focusing on Scott Snyder’s ongoing Batman run.

We need to get one thing straight before we begin: the Grant Morrison run on Batman was one of the crazier stories to happen to the Dark Knight- it is convoluted and difficult to read in order.  To do so, you need to read three or four books at a time, flipping back and forth between them all.  That said, despite how crazy the story is, Grant Morrison treats the Caped Crusader’s lengthy publishing history with respect, and ends up teaching us a lot about that history.

Morrison brings us to Ra’s Al Ghul’s demise and the discovery of Batman’s son through an international murder mystery starring a few old allies and friends of the Bat, which ultimately leads to Batman’s breaking point as his past is used against him.  His mind broken, the Batman of Zurr-Enn-Arrh (a backup personality), takes over for some time as Batman fights the evil Black Glove.  He also kills Darkseid with a magical time bullet and does a bit of time-traveling before ultimately creating an international organization of Batmen to fight crime all around the world.

It’s an epic (if not a bit confusing) story that shows a deep passion for the character’s history.  Grant Morrison took inspiration from several older and no longer canonical stories to influence his Batman.  From three Batman-like police experiments to clones of Bruce, from the devil himself to Darkseid, Bruce runs the gamut of villains.  We also get to see some awesome usage of the Joker.  The best part of this run is the revelation that Batman is truly a mastermind; his intelligence and preparedness never shine brighter than throughout the pages of Morrison’s epic tale.  It’s also fantastic that Morrison acknowledges that, as solitary as Batman is, he has never been without allies that he depends on.

Damian Wayne has become a staple of the Batman canon, and his story begins here. During an adventure that sees Batman facing off against Ra’s Al Ghul, Bruce discovers that he and Talia Al Ghul have a son, who’s been raised and trained by the League of Assassins.  Setting up the dynamic between these two characters, Morrison kicks off his run with this fantastic story.  Who is Damian Wayne, and who will he ultimately serve?  It’s not an easy question for him to answer, but it’s a blast to read.

We’ve skipped over THE BLACK GLOVE, which introduces the character of the same name, for the much more exciting BATMAN: R.I.P.  This book will reveal more of Batman’s history than most hardcore Batman fans might even be aware of.  Even better, it shows us Batman’s ultimate victory over the Devil.  You heard that correctly, folks- this is truly Batman’s ultimate triumph over evil.

TIME AND THE BATMAN

You really can’t read BATMAN: R.I.P. without reading TIME AND THE BATMAN to help make some sense of it all.  This book will not only give some closure to the events of BATMAN: R.I.P., but it also provides (in conjunction with the last part of BATMAN: R.I.P.) all the necessary info you need to understand Batman’s part of FINAL CRISIS.  This will walk you through exactly how Bruce killed Darkseid and was blasted back in time.  Diehard fans will probably want to read FINAL CRISIS also, but if you want to save yourself a lot of confusion, this book will work just fine.

LISTEN: We discuss FINAL CRISIS and out space operas in our podcast!

BATMAN: THE RETURN OF BRUCE WAYNE

This has to be one of the most interesting Batman books, hands down. You follow Bruce as he travels through time, an effect of Darkseid’s Omega energy.  Ever wonder what Batman would be like as a pirate?  A cowboy?  A puritan witchhunter?  A caveman?  This book will answer all of those questions, and features several awesome cameos, including Jonah Hex, Anthro, and Vandal Savage.  If you’re a fan of history, you’ll love seeing Batman reinterpreted (canonically) in this book.  Even more fun is seeing how Bruce has influenced Gotham’s history, and how it all fits into Grant Morrison’s years-long tale.

The culmination of Morrison’s story (before the New 52 launch), BATMAN INCORPORATED sees Batman branching out and launching a global effort at justice.  Hunting down the organization Leviathan is too much for Bruce to do on his own, so, together with some of his friends from the BLACK GLOVE storyline, he creates the international society of Batmen, publicly funded by Wayne Enterprises.  With a ton of new and interesting heroes and an adventure that spans the entire planet, this is a full-scale spy story that you can’t miss.

Shortly after Morrison’s Batman run was completed, the DC event FLASHPOINT occurred, which shook up the DC Universe as a whole and led to the New 52- DC’s soft reboot of things.  Things remained mostly the same for Batman himself, but he and his allies had some interesting age shifts, and Barbara Gordon’s paralysis was undone. The launch of the New 52 presented 52 canon titles to work with, and so the New 52 saw a lot of crossovers and events, which made it difficult to keep track of what was happening and when.  There were 5 Batman-centered titles at launch alone: BATMAN, THE DARK KNIGHT, DETECTIVE COMICS, BATMAN AND ROBIN, and BATMAN INCORPORATED.  More series were added on later.

READ: To see the current New 52 Batman arc, check out our review of BATMAN #49!

Scott Snyder, leading the way with the main BATMAN title, took us through a secret society that shook Bruce to his very core and tested his sanity in a way that it had never been before.  He took us through a massive Joker scheme to kill all of Batman’s allies.  He took us through Zero Year, the New 52’s Batman origin story, and he brought us through to Joker’s ultimate ENDGAME.  The New 52 has definitely not been shy in using the Joker, and it pays off.

Presented here are some selections for the best places to start in the New 52 for new Batman fans.  With a lot of history and some great characters, these stories will satisfy your craving for action, horror, and so much more.  Yes, you read correctly, horror.  These stories are definitely for slightly more mature readers.  The Joker had his face surgically removed and wears it as a mask for a while… until some girl comes along and decides SHE’S going to wear it as a mask.  Seriously.

There’s a lot going on in the New 52 with all the crossovers (characters die and are resurrected, characters gain God powers in one title, but not in others, etc), so we’ve selected a few Batman-centered titles that best stand on their own.  In some cases, multiple volumes are necessary to get the full story.

Scott Snyder kicked off his run on the main BATMAN title in the New 52 with a lengthy tale that is told across two volumes (and also a crossover volume, if you don’t mind rereading an issue or two).  In this book, Bruce is confronted by the haunting realization that he is not in control of Gotham. Instead a secret organization called the Court of Owls pulls the strings, and is more powerful than Batman could have ever imagined.  Confronting his own limitations and surpassing everyone’s expectations, this story is beautifully horrifying, and adds a whole new dimension to Gotham’s secret history.

THE DARK KNIGHT: FACES OF DEATH

This book should definitely be read before DEATH OF THE FAMILY, as it sets up some information about Joker that is important going forward. It also shows us one of Batman’s darker, more violent enemies: The Dollmaker.  This is a lesser-known villain, but he’s definitely one of the more deranged.  With a lot of violent, twisted imagery, this is definitely suitable for mature audiences.

JOKER: THE DEATH OF THE FAMILY

Playing off of the name “A DEATH IN THE FAMILY,” the classic storyline in which Joker killed Jason Todd, this more recent tale shows us what happens when Joker decides to take it a step further.  With the intention of removing all of Batman’s allies from the equation, this book reads like an insane love song from Joker to Batman.  By the end of it, Joker has shifted the status quo of everyone in the Bat-Family, and their trust in Batman has never fully recovered since.

READ: Interested in learning more about the Joker? Check out our analysis of his role in A DEATH OF THE FAMILY!

This is a long one, clocking in at 52 total issues.  It was released at a rate of one issue per week, which is virtually unheard of in the comic industry.  It takes us through so much of Batman’s history, showing us so many sides of Batman and his villains that it simply has to be read.  With old villains making new appearances, plenty of magical/supernatural occurrences, lots of Batman allies, and a brand new Batman teammate, this story ties the New 52 together with everything that came with it. So much comes full circle that it could be easily considered the highlight of the New 52.

As much as DEATH OF THE FAMILY shook up the faith that the Bat-Family had in each other, JOKER: ENDGAME shakes up the foundations of Batman and Joker, their histories, and their futures.  Batman fights the whole Justice League, sure, but even better, we get as close to a final confrontation between Batman and the Joker as we will ever get.  If you’re looking for an ending to Batman’s personal biography, this would be a fitting place to stop.  Of course, comics being what they are, there’s plenty of stuff that follows this, but nonetheless, this book stands perfectly well on its own.