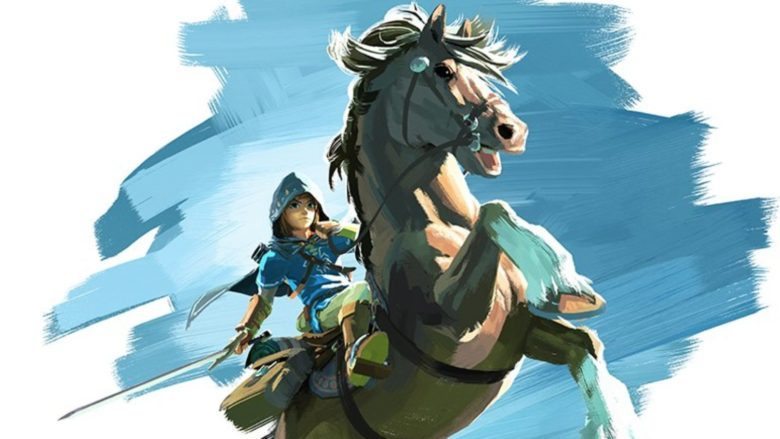 The phrase alone sparks outrage in the hearts of many gamers. “Durability” refers to any game mechanic that tracks an item’s wear and tear over time, making them progressively weaker and eventually break as the game goes on. Why would you want to play a game where your equipment falls apart over time? Where’s the fun in seeing your hard-earned gear breaking, or spending time at the forge fixing them?

Amidst the stunning announcement for LEGEND OF ZELDA: BREATH OF THE WILD, there’s been some quiet grumblings that have cast a shadow on what many hope will be a perfect game:

BREATH OF THE WILD will feature equipment durability.

Now, few would say that this alone would ruin what otherwise looks like an incredible game, but the inclusion of breakable items is seen as a negative by many. I’ve yet to find a single person who’s happy at the prospect of playing a ZELDA game where your equipment will eventually disintegrate.

Well, it’s my job around here to play devil’s advocate, so I’m here to ask some simple questions: Is equipment durability really so bad? What can it add to the gaming experience? How do we make a durability system that’s engaging, rather than frustrating?

I would say that there are 3 basic rules a developer should follow to make a good durability system:

1. Degradation has to be slow

This point may be obvious, but many games still don’t follow this simple rule. People rarely complain about the slow degradation of your equipment in an MMO or in RPGs like THE WITCHER, but when you’re playing a brawler or action game, it may get annoying to have your weapon crumble to pieces in the middle of battle.

Degradation exists to encourage players to manage their resources efficiently, and to reward the player for their patience and planning. If your sword breaks after a few swings, it just feels like you’re being punished. Degradation should always be a gradual process. The player should have time to react to a weakening piece of equipment so they can remedy the situation. If your weapon breaks because you didn’t repair it in time, then that’s your fault. But if you only have ten swings before your mace falls apart like a piece of styrofoam, then the only one to blame is the developer.

The speed of degradation is the difference between a satisfying challenge and a frustrating punishment.

2. There should always be a repair mechanic

Permanently breakable weapons. If you’re anything like me, that phrase sent a shiver down your spine.  The cardinal sin of any durability system is to have equipment that breaks permanently, without any way of fixing them. It’s one of the main reasons people hate durability systems in the first place. It’s less of a problem in games that don’t focus heavily on weapons, such as a brawler where weapons take a back-seat to hand-to-hand combat or in games that include insignificant items like broken bottles or wooden sticks. But by and large, the player has nothing to gain from weapons that permanently break.

One thing missing from games with breakable equipment is that sense of attachment you develop. Getting a unique piece of equipment is one of the best ways for the player to feel like they accomplished something, like getting the master sword in LEGEND OF ZELDA or finding a powerful amulet in your favorite RPG. When games with durability lack a repair mechanic, you never get a chance to appreciate the diversity and uniqueness of each item. You’ll never feel the rush of earning a new powerful piece of equipment. You’ll often be hard-pressed to find unique items at all, because the developers know they’ll be destroyed soon after you find them.

This is one of my primary concerns for BREATH OF THE WILD’s durability system. ZELDA has always been a series where you grow a strong attachment to the equipment you collect throughout your adventure. If there’s no way to preserve the gear you find, then that steel sword may as well be a wooden stick, since neither are going to last you until the end of the day.

In many RPGs, being able to maintain your weapons and reinforce your armor can give you a tactical edge over your opponents. In FALLOUT: NEW VEGAS, for example, having a weapon in pristine condition is a rare occasion, and when it happens the player has a significant advantage over his opponents. In this case, a durability system can feel rewarding instead of punishing.

This is by far the most important point. There is a time and a place for almost everything when it comes to game design. Even the rules mentioned above can be bent, if the situation calls for it. Context is always key, so if you’re going to make a game where equipment can break, then it needs to fit the genre, tone, and pace of the game you’re making.

Equipment durability works best in western-RPGs and survival games. Western-RPGs, which often include non-combat skills, can benefit from allowing the player to become a smith and get better at maintaining their weapons. Survival games are all about managing scarce resources, so having invincible weapons in perfect condition would sort of kill the point. Game series like THE ELDER SCROLLS feature equipment durability (SKYRIM being the exception), but this facilitates entire playstyles that revolve around smithing and maintaining your items. Here, equipment durability allows the player to interact with the game in a new way.

Games that are more fast-paced or exclusively focused on combat are often the worst candidates for weapon durability. Stopping the flow of the game to repair weapons, or having them break in the middle of an intense brawl does nothing but frustrate the player. That’s not to say it can’t be done well, but it’s pretty difficult to pull off, and there usually isn’t much reason for it.

Simply put, if you’re going to add a durability system to your game, it has to make sense. It has to be integral to the tone, setting, and genre of the game you’re developing.

Durability may be a dirty word in some gaming circles, but it can be an important way of adding depth to the gameplay. Durability can be part of a weapon-smithing system in an RPG: it can encourage players to plan ahead and come prepared, and it can lead to intense situations if your equipment breaks during a difficult fight. I have no doubt that BREATH OF THE WILD will be a great game, but its durability system is a legitimate concern. However, if the developers can keep these simple rules in mind, players may realize that durability doesn’t have to be a bad thing.