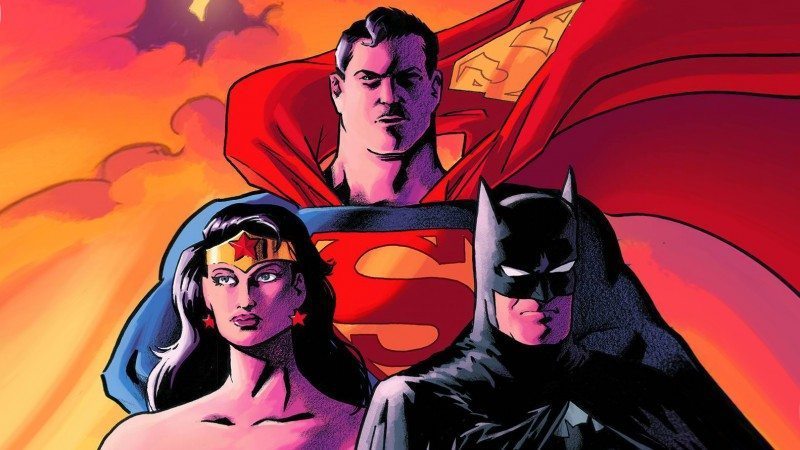 DC Comics has a long and storied history–no pun intended.  However expansive their catalog of characters may be, DC’s biggest headliners have always been the members of The Justice League, and of the League’s ranks, the true ringleaders are DC Comics’ most well-known trinity: Batman, Superman, and Wonder Woman.

LISTEN: Want more DC Comics Podcasts? We cover everything from Arkham to Zatanna!

A week before the release of BATMAN V SUPERMAN: DAWN OF JUSTICE, ComicsVerse got together to discuss these three heroes, examining ways the characters have met, fought, and interacted throughout more than 75 years of DC Comics history.  From first meetings in the TRINITY trade paperback to retirement and childrearing after Armageddon in KINGDOM COME, ComicsVerse follows the three heroes through their storylines, highlighting the teamwork, friendship, and respect that the three share.

With lots of room for speculation about the movie (it’s interesting to see how different expectations were in comparison to the reality of the film), ComicsVerse even focuses some attention on THE DARK KNIGHT RETURNS and HUSH, focusing on Batman and Superman as adversaries.  It’s always a treat to see these two titans go at it, so we just had to dive into some of their most violent encounters.

HEAR: Travis hosts another episode of the podcast where Greg Rucka is interviewed!

With some truly incredible stories, ComicsVerse spends a lot of time dissecting and analyzing these characters and how each sees the world in a different way.  Of course, Batman is our point of view character since he is the only one who truly belongs to the world of humanity.  Superman and Wonder Woman, on the other hand, have to reconcile their otherness to protect a people to whom they don’t belong.  This all brings up another question entirely–what is it to be a human, and what is it to be a hero?