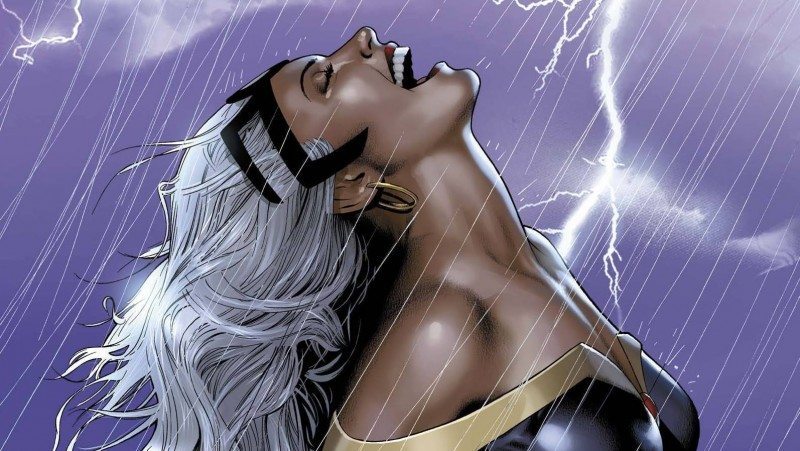 Most people with little knowledge of comic books and comic book characters know a few things about X-Men‘s Storm, aka Ororo Munroe. After losing both her parents during the Suez Canal Crisis in Cairo, Egypt, an orphaned Ororo became a young pickpocket. From there, she wandered into Kenya where a group of uncontacted peoples worshipped her as a goddess. It was in Kenya that Professor Charles Xavier, creator of the original roster of X-Men, sought her out to join a second incarnation of X-Men with Wolverine, Thunderbird, Colossus, Nightcrawler and others from around the world. Ororo gave up her life as a goddess to accept Professor Xavier’s proposition to join a world, that not only doesn’t worship her, but despises her for being born with a genetic mutation — the power to control the weather.

LISTEN: Want more X-Men character study podcasts like Storm? Emma Frost’s origin and character is the subject of its very own podcast!

Ororo assumes the mantle “Storm” after joining the X-Men. Several years later, she deposes Scott Summers (Cyclops) as leader of the team not long after deposing Callisto as leader of a group of mutants living in Manhattan sewers called the “Morlocks.” Storm proves herself a capable, powerful, competent, and empathetic leader through years of adventure, heartbreak, and self-revelations for the X-Men. Along the way, she marries T’Challa (Black Panther), the leader of the fictional African Nation of Wakanda. After their annulment, Storm remains as powerful a character as ever. She is undeniably referred to as “the most recognizable Black superhero.” Is it her journey from pickpocket to goddess to soldier to teacher that resonates through so many cultural borders around the world? Is it her strength? Her inner beauty? We examine the inner workings of Storm, what makes her who she is, and how she relates to the world in this podcast.

For your convenience, this podcast is also available on SoundCloud, iTunes, and Spreaker!