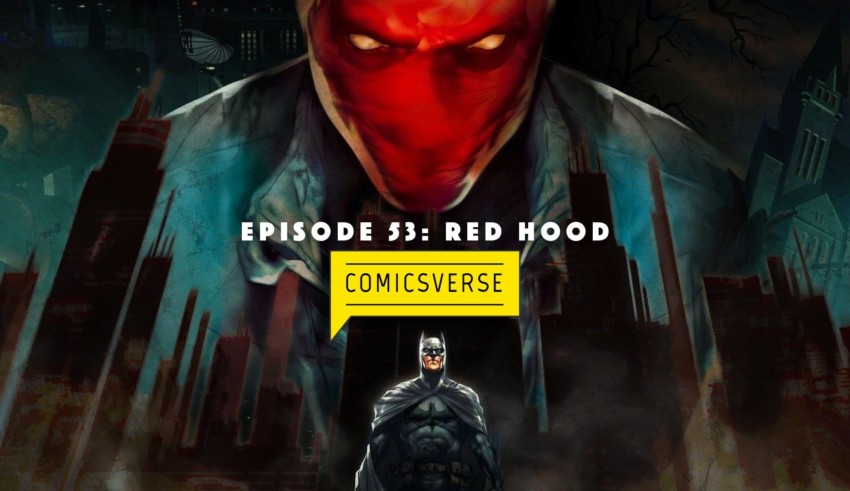 In another installment of our origins series of ComicsVerse Podcast episodes, we look at one of the most controversial characters in all of comics history; Batman’s second Robin Jason Todd. Created to replace Dick Grayson, who at the time was fronting DC’s best-selling New Teen Titans title, the character was initially a carbon-copy of the original Robin in both back story and demeanor.

After the continuity-changing CRISIS ON INFINITE EARTHS series, DC took the opportunity to revamp Jason into a streetwise “punk” character. After several years of middling to negative fan reaction to the character, DC set up their infamous “phone-stunt” where readers could vote on whether Jason lived or died. After a very close (and some would say rigged) vote, Jason was killed. His death would stand for almost two decades as Batman’s greatest failure, with his tattered costume always hanging in the Bat-Cave as a constant reminder. That is until writer Judd Winick brought the character back to life as the Red Hood in the mid-2000s. Since then, he’s been a major player in the DC Universe.

Joining me, Staff Writer and Social Media Specialist Brian Delpozo, on this podcast are host and Comicsverse Editor-In-Chief Travis Czap, writer Fabio Castelblanco, and frequent Comicsverse Podcast contributor Malia Knight. We discuss the character of Jason, his introduction, how Post-Crisis continuity changes affected his personality, and his evolution into Red Hood through careful examinations of numerous works centered on the character including “Second Chances,” “A Death In The Family,” “A Lonely Place Of Dying,” “Hush,” and “Enter The Red Hood.”

HEAR: Do you know all about Catwoman’s pre-New 52 origin? Listen to how Selena Kyle got her start in this podcast!

Thanks for joining us for this Jason Todd episode of the Comicsverse Podcast, and be sure to check out all our other episodes on iTunes. Also, be sure let us know any thoughts you have on this podcast in the comments below, or on Twitter @Comicsverse.