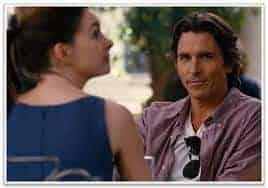 Earlier today, Comicbook.com released an article that included a quote from Christian Bale, who confirmed that the ending of Christopher Nolan’s Dark Knight Trilogy was, in fact, real, and not a dream, as many theorized the conclusion Nolan’s “Inception” follow-up to be.

This, of course, was earlier stated pretty plainly by Michael Caine, who played Alfred. The question at this point shouldn’t be “is this ending real?” Aside from having Nolan comment himself, we have to trust in the words of the actors who played the roles.

I mean, I feel like Batman would know if he had died…

Yet, there still exists a group who claims that Batman COULDN’T have survived that nuclear bomb explosion. It just makes no sense. Clearly, Nolan was “pulling a Nolan” and adding a slight unexpected twist at the end, a la “Inception”.

See, the unfortunate thing for Nolan is that at this point, he’s had enough plot twists in his movies to have put himself into the same position M. Night Shyamalan was in… with a twist. The twist is that Nolan keeps cranking out incredible films that don’t depend on the twist. Whereas with Shyamalan, everyone focused only on the twist, overlooking so-so filmmaking and waiting for the moment to find out “what’s really going on”, with Nolan, everyone’s focusing on a twist- or double-twist, or triple-twist- that isn’t there. Read the message boards on any website about “Interstellar,” (which, for all of it’s time-traveling, intergalactic jumping, and fifth-dimensional loving, was actually a really straightforward plot) and you’ll see theory after theory about what was REALLY happening. Theories abound about all of Nolan’s movies, but there doesn’t need to be.

Hopefully, the evidence presented today will help convince those who insist on a Nolan twist.

First off, watch the video. This is the scene which we will deconstruct the most, and will be referring to specific parts of.

There are two sides to the issue: one states that Batman survived the above video, and the other claims that he died. We will address the evidence for Batman’s survival momentarily, but for now, let’s accept what we see above. Namely, that Batman flew The Bat into the open ocean to allow the nuke he was carrying to explode, thus making the ultimate sacrifice for the good of Gotham.

You saw that, right?

Good, because it didn’t happen.

Ok, so, Batman has the nuke tethered to The Bat. He talks to Selina Kyle, who we won’t call Catwoman because the movie never does, and she asks what he’s going to do… eject once he’s out over water? “No autopilot” is the response. Unless, possibly, the answer is “No, autopilot.” This would completely change the subject of his denial, and confirm that he does, in fact, have the autopilot. And, even if his statement is taken at face value as “No autopilot,” it is later shown that the autopilot was actually working. So, either Batman is lying to Selina, or she’s the only one he’s told the truth- an idea supported by the fact that she’s the only one with him at the end. Either way you interpret it, the message is clear: Batman has no intention of dying.

And can you blame him?

He tells Gordon who he is, trusting that Gordon has never put his coat around the shoulders of any other boy ever- something that just seems like it might have happened more than once, considering how crime-ridden Gotham was before Batman’s arrival, but I digress.

He gets in The Bat and takes off. Here’s where things get interesting.

In Batman Begins, it was taught to Bruce that being a member of the League of Shadows was all deception and theatricality. It is how Bruce has lived his life. It is how Batman was trained. It is who he is.

And, ask Michael Bay- what’s more theatrical than an explosion?

We’re mislead to think that Batman needed to blow up the building so The Bat could fly through it- presumably the building was in The Bat’s way. Only this is illogical and disproven from the earlier The Bat scene, in which we see an incredibly maneuverable, high-speed, vertically-flying heli-jet. We know The Bat can make tight turns, and even climb vertically if Batman wants it to. That means the explosion wasn’t necessary to the “Blow up the bomb over the ocean” plan.

The explosion itself is fishy, coming from an angle that doesn’t seem to line up with the angle of approach from The Bat, suggesting that perhaps explosives had been set there previously- perhaps during the 3-minute long chase scene just moments prior, when he was zooming along the rooftops in The Bat. Everyone’s eyes go to the explosion, which provides the perfect cover for Batman to make his escape in The Bat’s escape pod. That theatricality and deception allow for the ultimate deception- the faking of his own death.

So, Batman ejects the escape pod- which, due to it’s small size and flying capabilities, I’m going to call the Batmite- under the extra cover of the explosion and accompanied smoke, using additional smokescreens from the escape pod when needed. The Bat continues to fly over the bridge, past Robin and the orphans. We see another shot of Batman, clearly in the cockpit of The Bat, looking down at the city he loves, and then out into the distance. The Bat flies into the distance, and blows up, killing Batman and saving Gotham.

Great, except, of course, not as straightforward once you’ve accepted that Batman is in the Batmite. Then, we realize that the shots we see of Batman in the cockpit are of the cockpit of the Batmite.

Of course, the cockpits are identical, because they are one and the same cockpit. Just like Batman didn’t have to move or do anything during the eject sequence for the Tumbler, likewise, he wouldn’t be changing seats or anything for the Batmite. He flies in a different direction through the city, which we see passing him by. He looks down at the city he loves, then out in the distance, where The Bat is flying away.

The key clue that proves it for me though, is from 2:09 to 2:17 in the clip above. We get one last close-up of Batman in the cockpit of The Bat (actually Batmite at this point), and seconds later, we see the bomb explode. Pretty straightforward, right?

Of course it isn’t. Notice the shadows on Batman’s face, flickering? Ever driven through a city quickly on a sunny day? Or on a road that has trees on the sides? The shadows flicker that way. You know where shadows don’t flicker? Where there isn’t anything to cast a shadow. Especially on a sunny, nearly cloudless day like we see as The Bat flies out into the distance. Even if you want to argue that the shadows aren’t of the city, there remains the unanswerable question of what was flickering the shadows if he was above open water. The fact that this is the only front-facing shot we get of Batman in the cockpit, rather than the scenery in the windows, only supports the idea. Nolan wanted his audience along for the ride with Lucius, Alfred, Gordon, Robin, and everyone else. Batman’s death was faked for the whole world, audience included. To show us the flickering city buildings would be to ruin the twist- that Batman was alive.

Once everything falls into place, it’s easy to see how Batman did it. By planting bombs on the building during the nuke chase scene, Batman put his plan into play- to destroy the bomb and fake his own death. The explosion provided the distraction and cover necessary for the Batmite to make its escape while The Bat flew off into the distance.

And even if that’s not the case… Batman’s alive somehow. It’s canon. Therefore, the burden of proof to the contrary rests on anyone still clinging to the thought of a Nolan triple-twist.

For other articles, including weekly video reviews, click here!