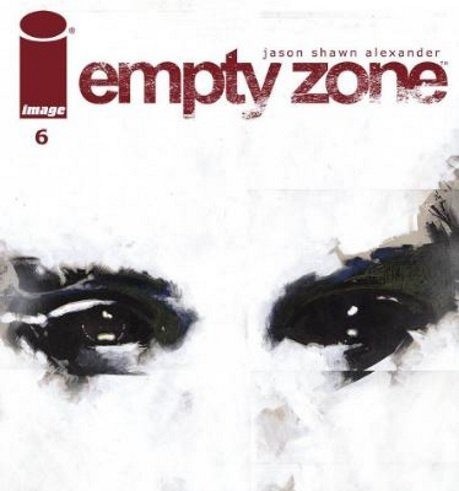 EMPTY ZONE is back for a second arc, and it begins just as ruthlessly as the first. Jason Shawn Alexander’s writing and art are very difficult to match with the current, original work that’s being released at this time, even with the well-deserving competition under Image Comics. EMPTY ZONE picks up the tale of a dystopian future complete with an aesthetic feast of BLADERUNNER-meets-30-DAYS-OF-NIGHT-style imagery, but set in the bleak and cold Berlin winter.

READ: Intrigued? Read what we have to say about EMPTY ZONE’s first trade!

EMPTY ZONE #6 begins with a pair of new characters, the Watermans, on vacation in Berlin. The pair seems to have a pretty fragile relationship, as they bicker about picking a cold holiday spot over someplace warm like Spain. So far, this sounds like the typical calm before the storm. The characters are likable enough to keep the story moving, but not nearly as compelling — in aesthetic or personality — as Corinne White, our fierce protagonist from EMPTY ZONE’s first arc.

That being said, there was enough on the page to keep readers curious about the relevance of this married couple while taking in Jason Shawn Alexander’s artistic approach to “setting the stage.” The imagery of the unfeeling, pervasive technological world he has built makes even the simplest locale, in this case a dystopian Berlin terminal, a visual treat. Keeping in mind the heightened dangers of such a world that were explored in the previous arc, we see that Berlin is broken into Areas based on safety. While the nameless husband fights his wife, Sam, every step of the way in “enjoying” Berlin, it becomes clear that this dissonance between them is only the root of a myriad of problems to come. While one craves excitement, the other is perfectly satisfied with consistency.

WATCH: Curious about his process? We got to talk to him at NYCC 2015! Check it out!

Without revealing too much information, things escalate pretty suddenly in the middle of the issue, and Mr. Waterman’s reluctant trip to Berlin with his wife quickly becomes something else entirely. Let’s just say it involves a fun, pseudo-arthaus party with a goat man and a dangerous young boy with red and white face paint. On a personal note, listening to Nine Inch Nails might feel highly appropriate while reading this installation of EMPTY ZONE. 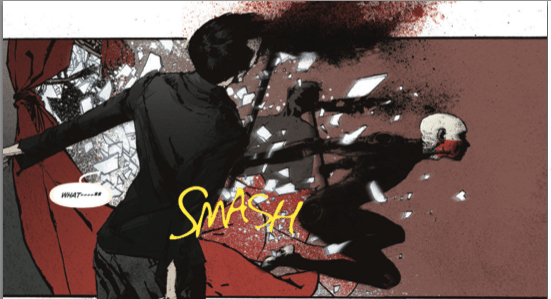 While the pacing might not be for every reader, I found it relevant, if not necessary, to the kind of story Jason Shawn Alexander is trying to tell. While the first arc was a bit more dystopian and played with the themes of a technological society meeting the supernatural, the second arc appears to be taking a more horror-inspired route. Taking that into consideration, the slow and steady beginning with the sharp left turn into chaos makes sense. The suspense and “what happens next” aspect of the story clutches you by the time you get to the end of the first issue. What will happen to the Watermans? What do they have to do with Corinne White from the first arc? Why Berlin? And why the German boy appearing in the snow? 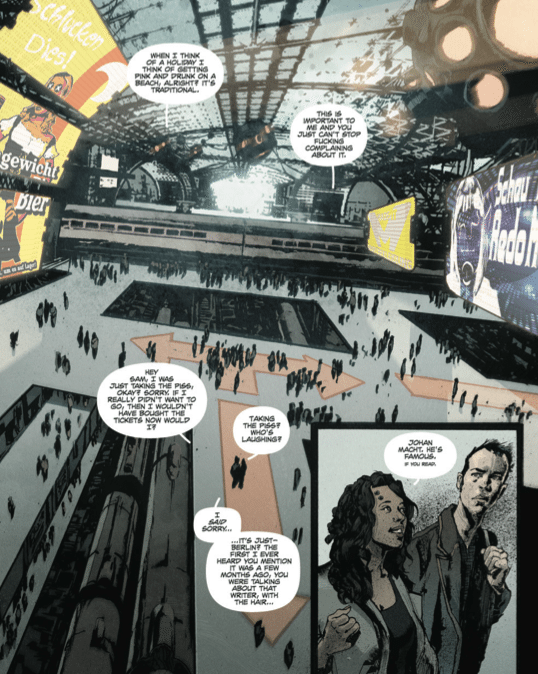 The only available hint Jason Shawn Alexander presents is the cover art for the following issue, which includes the very recognizable white-haired warrior woman, Corinne White, wearing the same striped scarf that belonged to the Watermans. Whether this is the same scarf or simply a visual cue —intentional or not—as a reader, I’m just dying to know what comes next.

READ: More from the ComicsVerse Team!