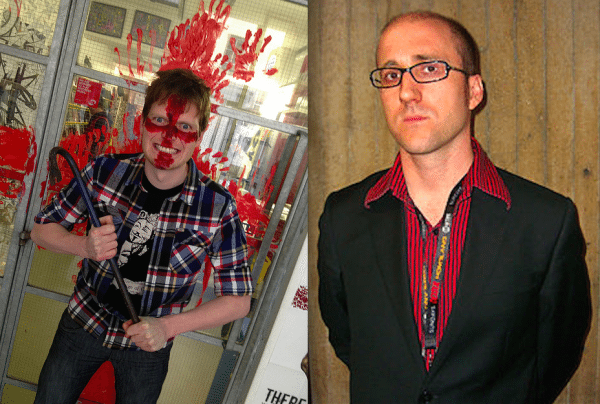 On the second day of New York comic con, I was able to escape the huge crowds, enthusiastic cosplayers, and the impending overload of nerd worship to attend an intimate panel with guests representing Avatar Press. As some of you may know, Avatar Press is one of the leading publishers of sophisticated horror in comics, and have become well known for releasing comics such as CROSSED (and subsequent tie in works such as CROSSED: BADLANDS and CROSSED + 100), Garth Ennis’ WAR STORIES, Jonathan Hickman’s GOD IS DEAD, and comic legend Alan Moore’s latest Lovecraft inspired epic PROVIDENCE.

Guests included Avatar Press founder and editor-in-chief William A. Christensen, who introduced British writers Kieron Gillen (of YOUNG AVENGERS, DARTH VADER, THE WICKED + THE DIVINE, UBER, etc.) and Simon Spurrier (writer for 2000 A.D., JUDGE DREDD, and more recently, CROSSED: WISH YOU WERE HERE and CROSSED + 100). Despite the presence of such a small crowd (I believe there were only thirty or so audience members at the beginning of the panel), it became apparent by the Q and A session that every person there was dedicated to something that the Avatar pantheon had to offer.

Christensen began the panel by offering the audience a glimpse into some upcoming Avatar projects. Some highlights from the preview include Christos Gage returning to CROSSED: BADLANDS to continue the story arc following the intelligent crossed “Smokey,” the conclusion to the Jonathan Hickman and Mike Costa’s epic GOD IS DEAD, and a sneak-peak at Garth Ennis’ upcoming arc in WAR STORIES.

Gillen discussed the upcoming conclusion to his hit UBER, and also offered insight into his new series MERCURY HEAT. Picking up from the dramatic cliffhanger (Christensen described it as one of the most intense cliffhangers in comics), Gillen tip-toed his way through a description of the end of his WWII Nazi epic UBER, attempting to excite fans who know the story and get fans who are new to UBER (such as myself) hooked.

READ: Like Kieron Gillen? Check out his work in the Star Wars universe with VADER DOWN!

Spurrier described his current and upcoming work on CROSSED + 100, gave a detailed account of the apocalyptic world of the crossed, and how humanity’s form of survival has changed one hundred years following C-Day (the outbreak of infected crossed). To hear Spurrier describe a new, perfect world under threat taken from the notes of Garth Ennis and Alan Moore was truly a wonderful experience. I was able to meet Simon Spurrier following the panel, and he was able to confirm that the depiction of post-apocalyptic societies hundreds (if not thousands) of years from the present was only the beginning, and that he and the other devoted architects of the CROSSED universe had a lot more in store for fans.

The representatives of Avatar Press very accurately describe their work as horror for intellectuals, and it’s clear to see why: the stories that these writers discussed felt like deep philosophical and sociological discussions drenched in buckets of blood and guts. Spurrier said it best when describing Crossed: “This is a comic for the people who get it. It is not an easy story to read, understand, or accept. If you don’t get that, this is clearly not the comic for you.” As I sat in that panel room and looked around, I saw a small but devoted fanbase that was ever-growing and hungry for new challenging stories, and I was happy to be among them.