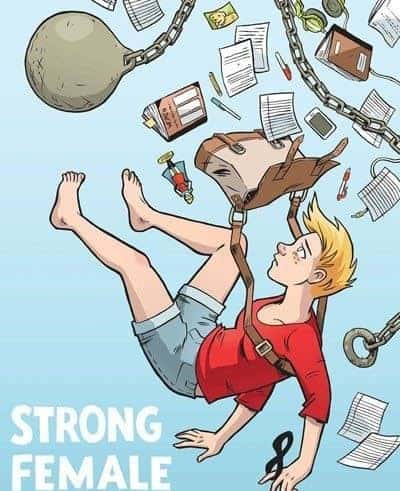 While the last major comics convention of the year is New York Comic Con, indie comics fans still have several shows left to indulge their comic-buying needs — Alternative Press Expo in San Francisco is this weekend, Locust Moon Comic Festival in Philadelphia is Oct. 25 and Comic Arts Brooklyn is Nov. 8-9. (But sorry, everyone, you did miss a great time at Small Press Expo.)

If you can’t make it to any of these shows, or just want to know where to get started when it comes to indie comics, these are my top picks for the fall. They cover everything from legendary creators to ones we’ll still be talking about years from now. 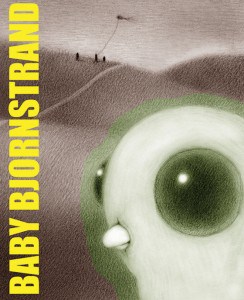 Renee French’s surreal slice of weirdness, Baby Bjornstrand, is as odd as it is funny. Following three boys who find a strangely cute baby birdlike monster and their attempts to interact with it, you’ll giggle a lot even if you don’t quite understand what’s happening. French’s shaded, graphite art is both soft and sinister and her penchant for the absurd is delightful. 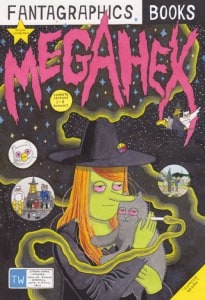 After gaining popularity on Tumblr and in a few anthologies, Megahex presents Simon Hanselmann’s bleak stoner comedy/drama in graphic novel format. His precise panel layouts and vibrant watercolors are engrossing and appealing, even as our main characters of Megg (a witch), Mogg (a black cat), and Owl (an owl) all behave in terrible ways. Under the surface lurks sadness as these characters deal with their desire — and often inability — to change. 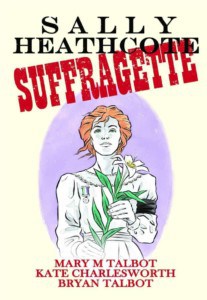 Following their award-winning collaboration, Dotter of Her Father’s Eyes, Mary and Bryan Talbot work together once again, this time with artist Kate Charlesworth, on Sally Heathcote: Suffragette. With the Talbots’ thorough research and lively plot and Charlesworth’s attention to historical detail (along with ingenious use of a limited color palette), Sally Heathcote reads less like a history lesson and more a call to action. 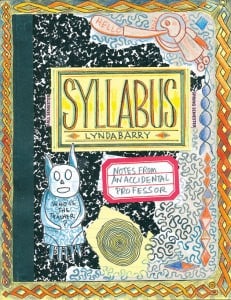 Although she’s still continuing her career as a cartoonist, she has found a unique voice as a teacher. Syllabus takes her distinctively playful and offers insight for anyone who wants to explore and jumpstart their own creativity. 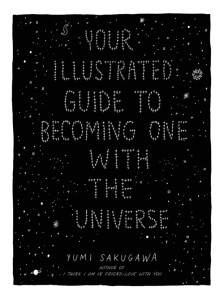 After making a splash with her online comic, I Think I’m in Friend Love With You, Yumi Sakugawa returns with, Your Illustrated Guide to Becoming One with the Universe,  a poetic look at achieving enlightenment. With a more experimental approach to comics creation, Sakugawa pushes the boundaries of what comics can look like and what they have to offer. 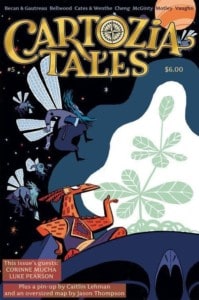 If graphic novels are too much to take on, anthology fantasy series Cartozia Tales offers all-ages stories based in a fantasy world. With an accomplished core group of creators (and several guests) working in a shared world. the stories are fun, unexpected and creative (There are currently five issues with a sixth to be released soon). Coming in November is Becky and Frank’s Capture Creatures, from Boom! Studios, that follows the couple’s take on a bunch of adorable Pokemon-like creatures who’ve appeared in the world. 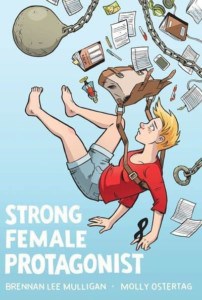 But if you’re still not ready to commit to spending money, two of the best webcomics to check out are Strong Female Protagonist and Vattu. Strong Female Protagonist, written by Brennan Lee Mulligan with art by Molly Ostertag, focuses on a college student/former superheroine trying to deal with both her past and her present. The winner of the 2014 Ignatz Award for Outstanding Online Comic, Vattu by Evan Dahm is a huge fantasy epic with beautiful art and storytelling. (For those of you who do like print, the first volume of Vattu is currently available through Dahm’s site and the first volume of Strong Female Protagonist will be distributed by Top Shelf starting in December.)