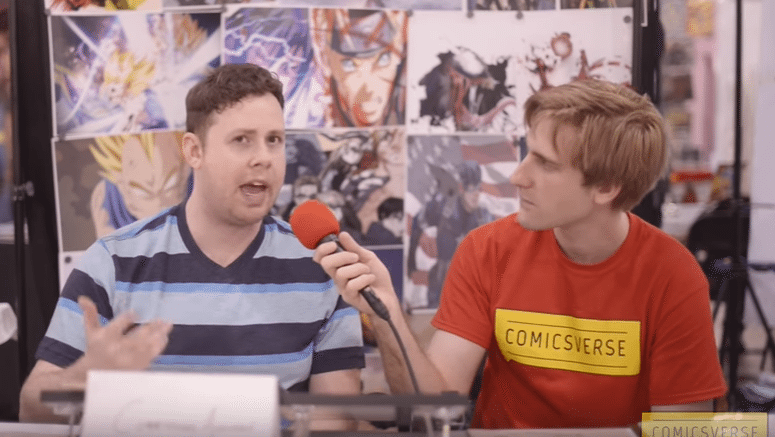 At Wizard World Philadelphia we sat down with Eddy Decker. Eddy is an independent comics creator eager to break into the industry with his creator-owned series, FAR OUT!. The first volume in the series, FAR OUT!: THE EIGHTH GRADE, charts the exploits of an energetic, somewhat misfit group of friends as they transition from middle to early high school. The series presents readers with a nostalgic slice-of-life story, brimming with teenage hijinks and wacky repartee. Its cast of quirky, endearing characters offers something for everyone. However, its emphasis on the joys and challenges of adolescence permits it not only comedic but also emotional depth.

Eddy Decker laid the foundation for the series in high school. There, he began scripting and illustrating a comic strip for teachers and classmates. Encouraged by the positive feedback he received, Decker developed his artistic abilities and continued writing, eventually collecting the material that would compose the first volume of the series. Additionally, Eddy manages all aspects of FAR OUT!’s production, publishing supplementary comics online as well as coordinating the binding and sale of printed volumes. In this way, Eddy Decker occupies a laudable position in the comics industry. The position of fan who took the next step and turned his passion into a product.

READ: Think independent comics are everything? Then you’ll want to learn what Czap Books is up to!

During the interview, Eddy Decker and I spoke about the challenges that come with creating your own series and, ultimately, self-publishing your wok. Whether an aspiring artist, writer, or like Decker, both, I know there are many comics fans reading this who hope one day to make their own contribution to the medium they so enjoy. If you’ve ever imagined turning a daydream into a reality, this interview is for you. In conclusion, Decker offers hard-won advice about the process of creating your own comic along with his own words of encouragement for those hoping to do so. If you’re interested in hearing more from Decker or getting your hands on a copy of FAR OUT!, check him out here or at Wizard World cons near you.