After the breakout hit of the first four-issue arc of ECLIPSE, writer Zack Kaplan is back. ECLIPSE #5 starts off slow but builds from where the story left off. This new arc continues the tale of renegade agent David Baxter and attempted murder victim, Cielo. As with the last volume, ECLIPSE’s art is phenomenal with its sweeping landscape shots. While the quality art continues in this issue, can this story surpass the previous arc?

READ: Check out the issue that started it all in our ECLIPSE #1 review!

The issue begins with Cielo thinking about the priest, known as the Sun-soaked killer, who tried to kill her and was immune to the scorching sun. Her father tries to get her to move on, but Cielo wants to learn more about the Sun-soaked killer’s motives and to investigate her father’s company. She heads to the Police Station to look for David Baxter, the Solarity Agent who saved her and killed the priest. Unable to find him, she enlists the help of Captain James Everly. Meanwhile, Wallace, a former colleague of Baxter, calls him in for a job that could potentially save everyone from the effects of the Flare. 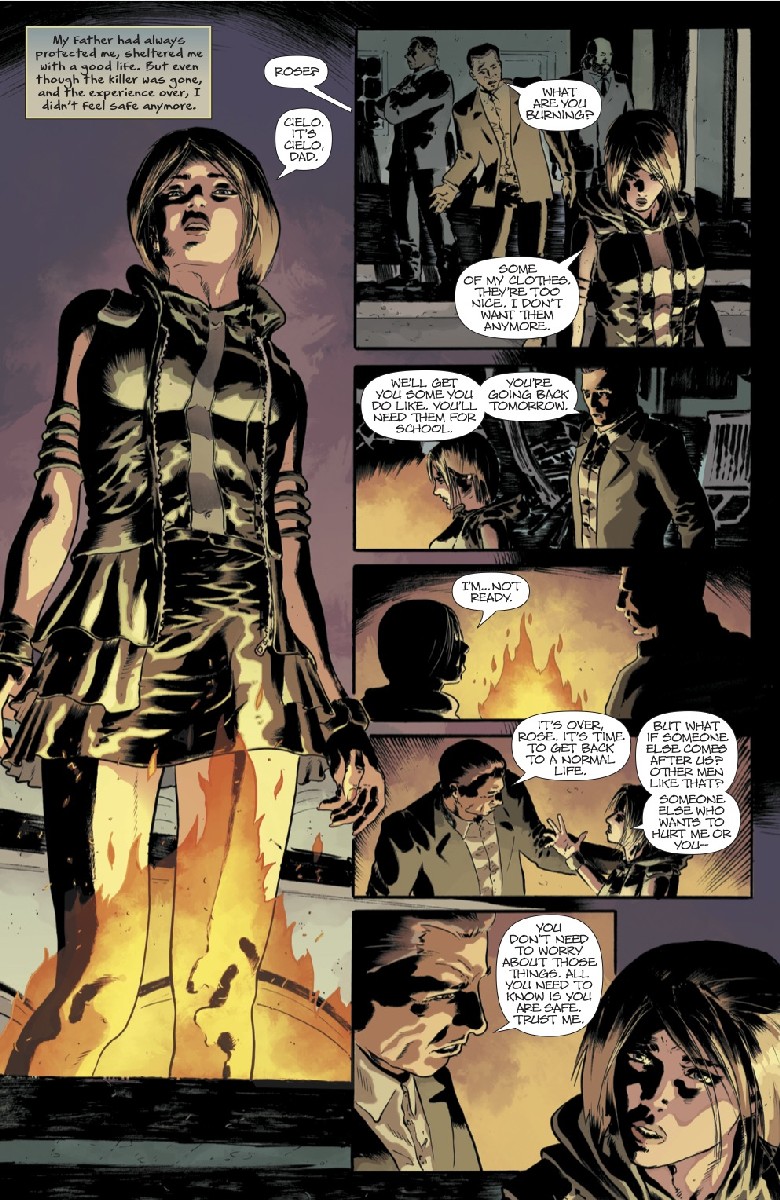 Starting a new arc can be a daunting task, especially when the first one was so well received. Writer Zack Kaplan certainly had his work cut out for him in ECLIPSE #5. However, Kaplan manages to create an interesting new beginning for this arc, which I am wholeheartedly invested in. The dialogue provides details that will come into play later on in the story. The problem with this is that it slows down the pace of the story. This is evident when Cielo needs to fills Everly in on everything she knows so far. Nevertheless, I believe that Kaplan is only setting the stage and that the cast will be able to move the story forward.

Speaking of the characters, Cielo is an extremely engaging female protagonist. Instead of trying to move on from her traumatic experience, she seeks to learn more about why it happened. Most people would want to forget the incident ever happened and bury it in their subconscious. Cielo, however, has allowed her near-death experience to change her and has become more aware of how dangerous her world truly is. As for David Baxter, he seems unsure of what role should he play in this world and the type of person he should be. Though he has always been the Han Solo type, a hero who doesn’t want to be a hero. It will be interesting to see how the Sun-soaked killer incident will affect Baxter in this arc. Perhaps he will allow it to change him as it has Cielo. 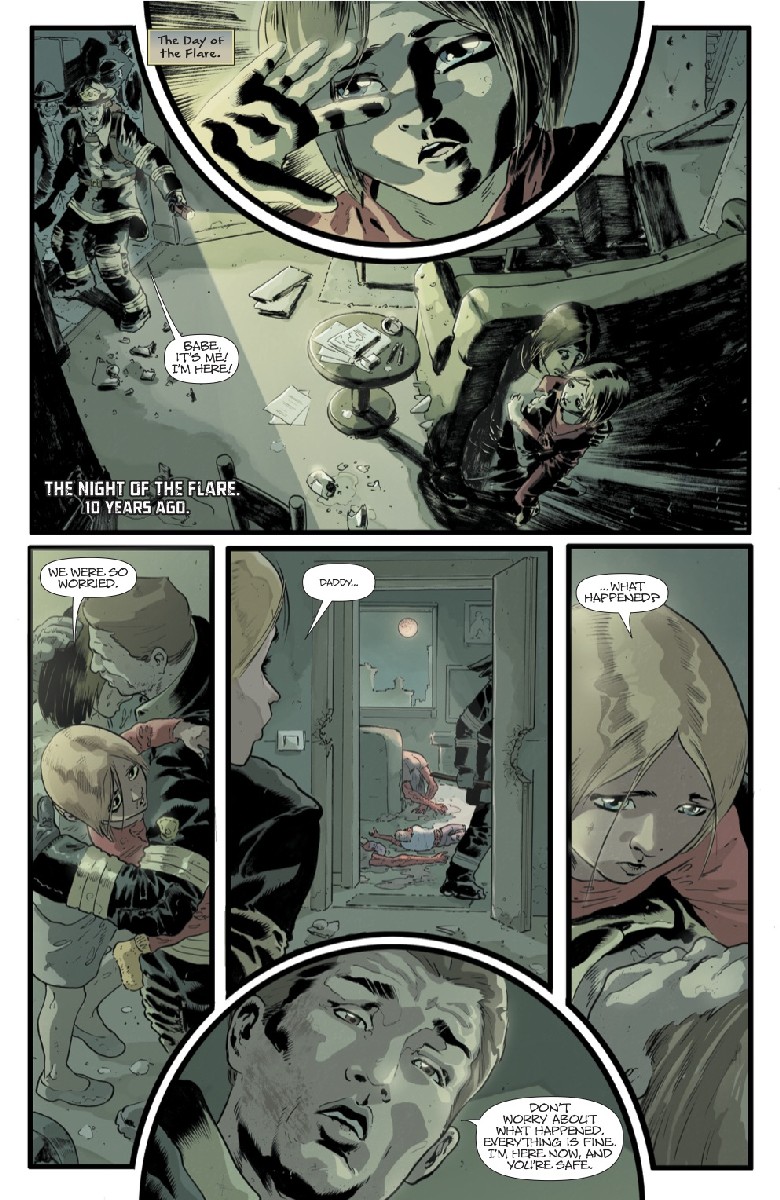 The artwork done by artist Giovanni Timpano is the highlight of ECLIPSE #5. The landscape of this post-apocalyptic Earth is unique to the world created by Kaplan. The use of large landscape panels effectively demonstrates the feeling of hopelessness when Wallace and Baxter discuss how they “saved” the city. The artwork conveys this feeling by showing the vast emptiness of the world. I also tip my hat to colorist Flavio Dispenza for using dark purple and blue hues throughout the issue. It added to the somber atmosphere, and weight of helplessness felt throughout ECLIPSE #5. Dispenza also paints dynamic scenes with contrasting colors as shown when Wallace and Baxter are attacked and forced to push their attackers out into the sun. I never get tired of seeing the bright and horrific burns people suffer from the sun, as it looks terrifyingly real.

READ: Our top picks for Image Comics in celebration for their 25th anniversary!

ECLIPSE #5 might move at a slow pace, but it all feels like it is building to something big. You must have patience to fully appreciate ECLIPSE’s new arc. If you’re more of a fan of action, then this comic may not deliver what you seek. But the comic does an exceptional job of creating a new story for these characters. Kaplan is taking his characters down a path that feels like a natural progression for them, considering where the last arc left them off. I certainly enjoyed reading this issue, and I definitely recommend picking it up when it releases.

Be sure to pick up ECLIPSE #5, available March 15