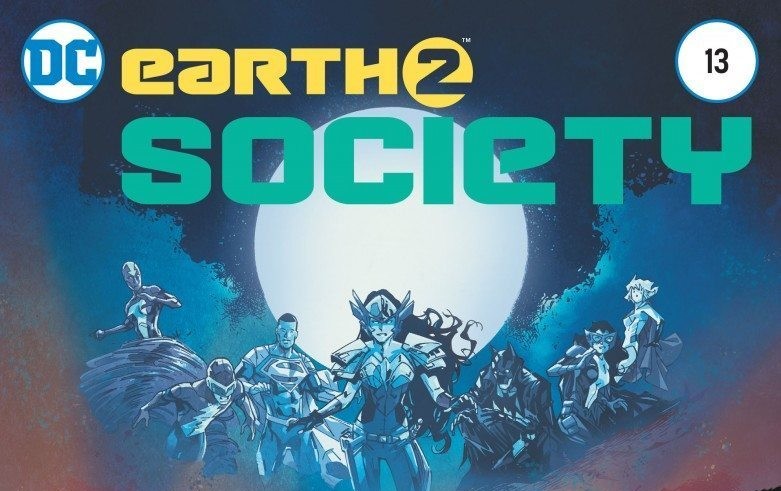 EARTH 2 SOCIETY #13 begins a new story arc for the Wonders of the new Earth 2. As of now, the world is calm, but this issue perfectly set up a few new conflicts through strong storytelling and eye-catching art.

Previously, Alan Scott selflessly gave up his power and position as the Green Lantern in order to solve the energy crisis on Earth 2. The planet did not receive all of the natural resources of the original Earth 2 after Telos transformed it, so the residents of the planet were left without a viable source of energy. To prevent all-out war, Alan Scott created a power plant with his abilities and placed his power ring within it to create an unlimited energy supply. These heroics also resulted in the Amazonians and Atlantians no longer having a reason to take over the planet by force. However, there were repercussions when the Ultrahumanite decided to launch his attack. 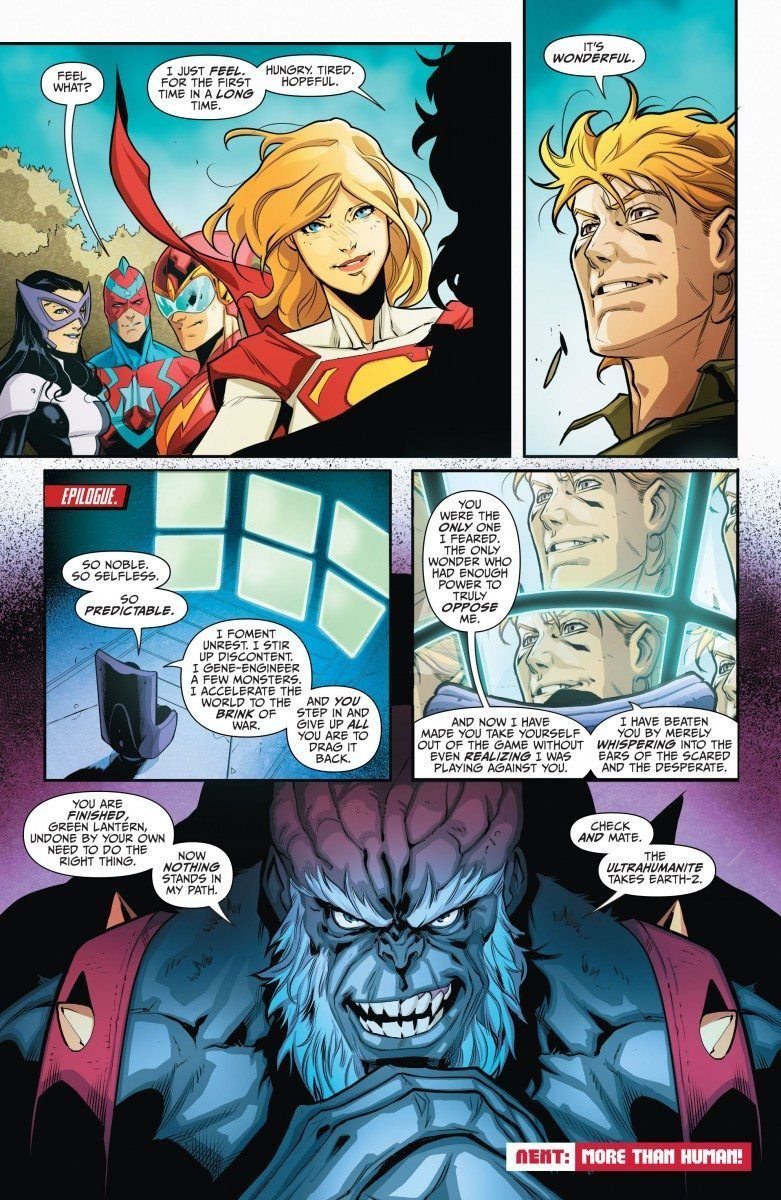 EARTH 2 SOCIETY #13 sees the return of Hawkgirl to Metropolis, and she’s not alone. Kendra arrives with the Amazonian Queen Fury and a proposal for the Wonders. As we have seen in previous issues, Fury and the Atlantian Queen Marella wanted to take over Earth 2 with the belief that their rule will instill peace and order. However, with the energy conflict over, Fury proposes to share their resources to help Earth 2. This leads to Fury being honest and revealing that she has the Pandora Vessel and used it to bring back the Amazons. 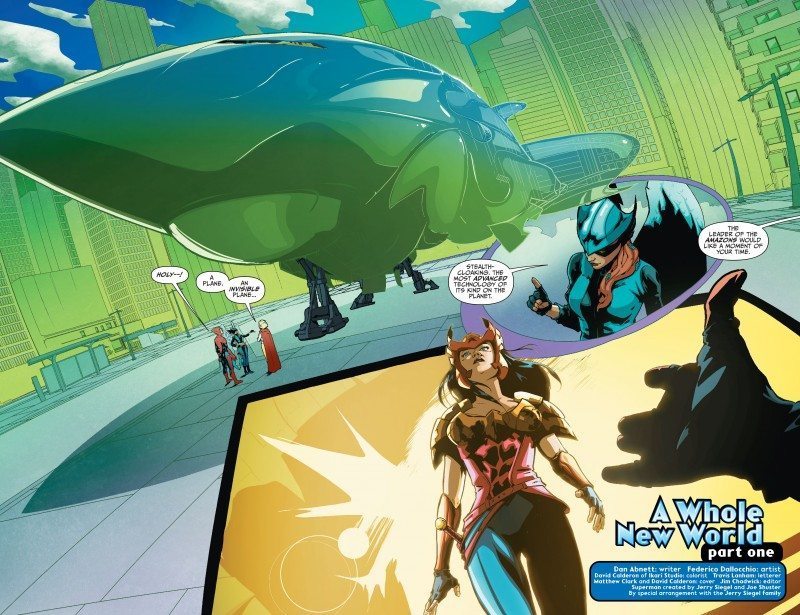 I really like this direction by Dan Abnett. Instead of throwing this world into a war between the Wonders and the Amazonians/Atlantians, he introduces a political conflict. Queen Fury and Queen Marella are more inclined to support a monarchy since it’s the only system they have been a part of, whereas the Wonders support a democracy. These differences may eventually lead to war, but as of now it seems as though the Wonders are contemplating the positives of the proposal and at the same time are growing suspicious of it.

READ: Earth 2 is so popular that it’s on THE FLASH! Learn more here!

Dan Abnett also makes some great choices with the panel placement. It looks like Ultrahumanite is building his army with children of Earth 2 and Abnett only uses four pages to show this. The limited number of pages dedicated to the next supervillain of Earth 2 would normally be too little for me, but Abnett strategically inserts them at the beginning, middle and end of the issue which allows this subplot to intertwine with the main story. 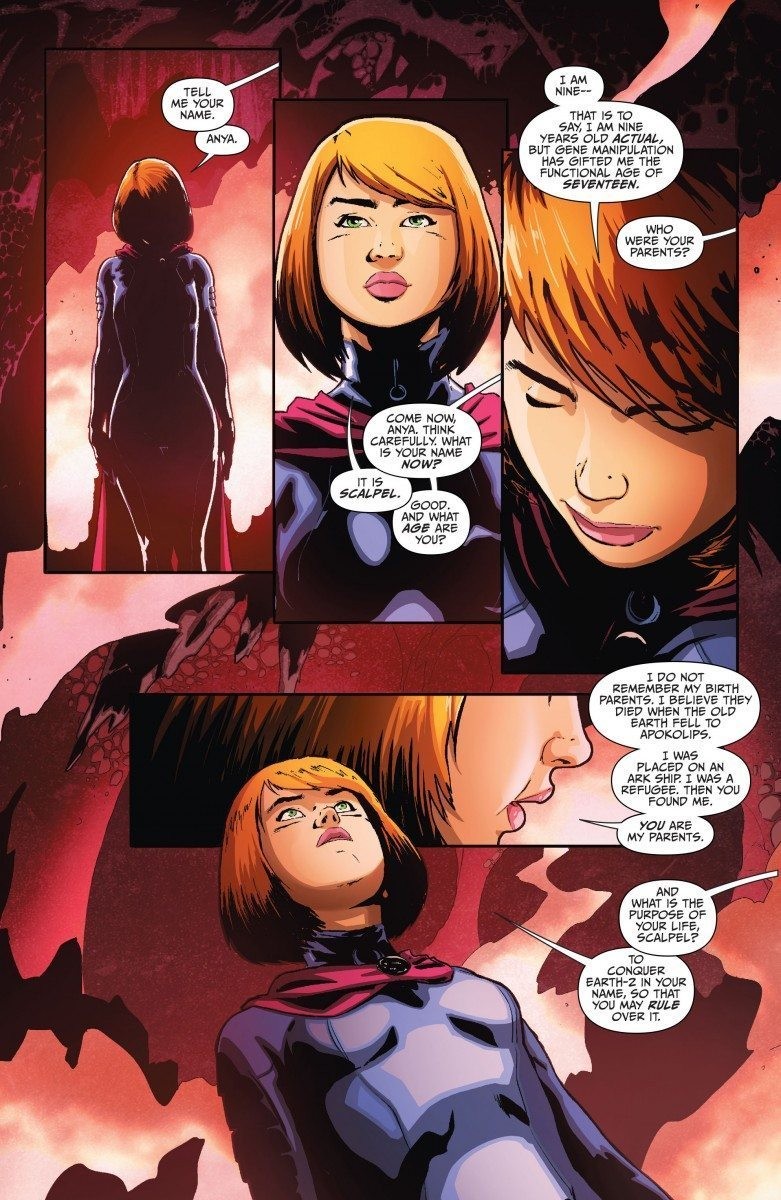 Federico Dallocchio’s art is lacking when it comes to the superheroes in this issue. In previous issues, the characters have had an incredible amount of detail and with so many Wonders I feel that this is an important element to the series. Here, the characters seem to lack facial expressions and emotion, which is an element the previous issues had done well. The characters don’t really look concerned about the new proposal and that’s a problem. However, I do praise Dallocchio for his beautiful settings. With Green Lantern’s power plant construct (generated by the power ring), there is an emerald glow throughout Metropolis that Dallocchio captures so well. 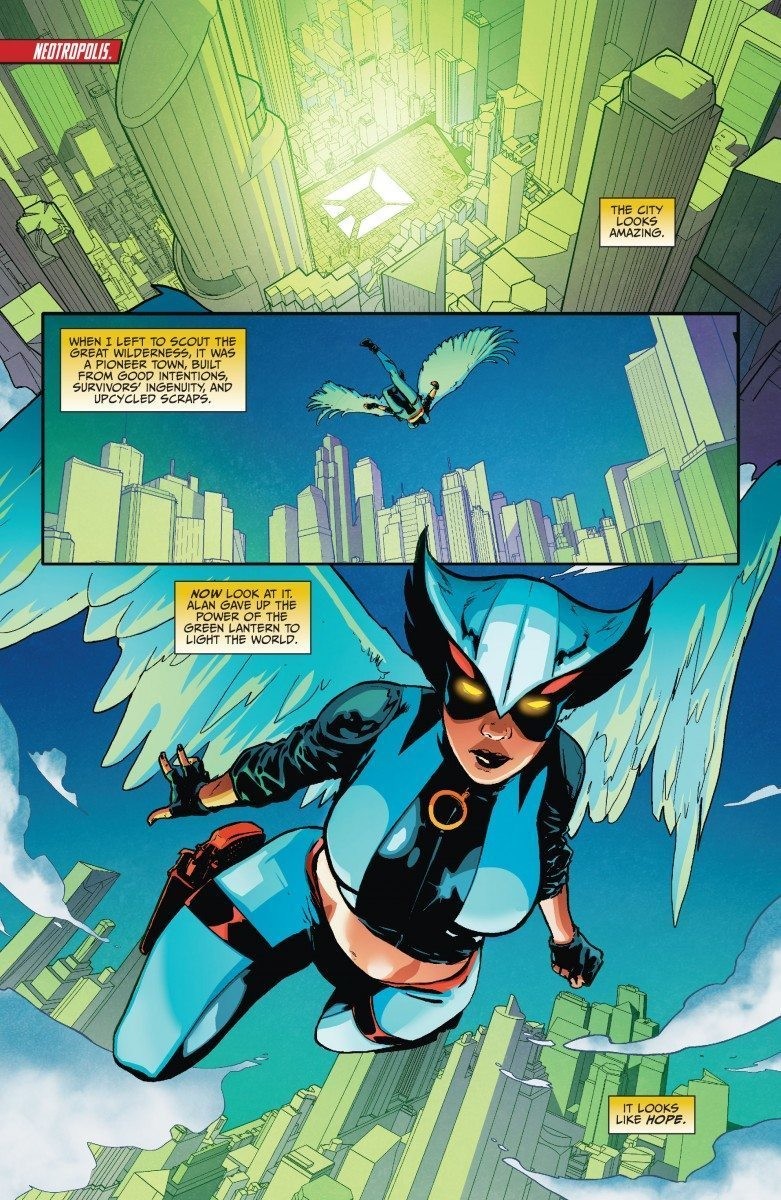 Overall, EARTH 2 SOCIETY #13 is worth a read, especially since it is a start to an intriguing story arc. Though the narrative is a bit slow, Abnett does a great job building the conflicts. There is also so much potential with the Queen Fury and Queen Marella alliance and the looming threat of Ultrahumanite with his army of children (it’s always creepier with children). With a solid build-up issue like this one, the story going forward should be fun to read.