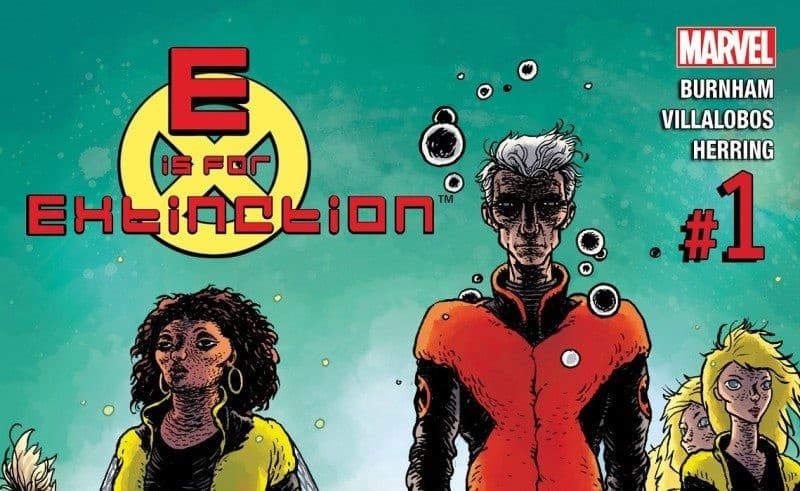 E IS FOR EXTINCTION #1 is surprisingly one of the better X-related tie-ins to “Secret Wars” and manages to move forward many of the ideas from the original run.

Back in 2001, NEW X-MEN #114 was not only the first issue in the controversial run of Grant Morrison, but also the first issue in “E is for Extinction”, a story arc that would forever change the world of the X-Men. In this memorable issue, Charles Xavier is holding a gun to his head, ready to shoot himself in order to prevent the twin sister he killed in the womb from taking over his body. Fortunately, he didn’t shoot in the original story. But what if he did? 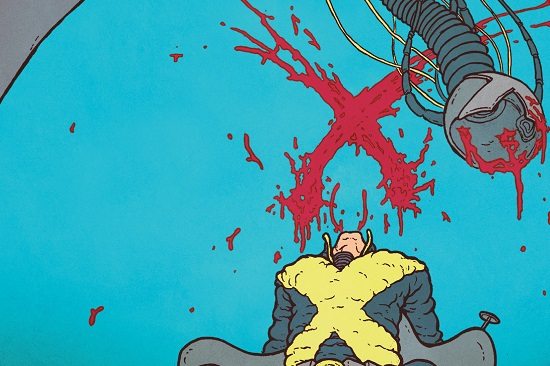 This is kind of the scenario this book is working with. Several years after the death of Charles Xavier, Magneto has his own institute with 90% mutant students, as well as his own team of X-Men consisting of the students who attended Xorn’s Special Class in the original run. Beast is working in a medical center, helping parents to get mutant babies, and Cyclops and Emma both have problems with their age and powers.

Something great this book manages is to take ideas and aspects of the original run and wrap them into this “what if” scenario. For instance, one of the greater topics of the original run was the idea that humanity is slowly being replaced by a population of mutants becoming larger and larger and that the time of Homo Sapiens is running out. The logical consequence for this book is to show us a world where more and more mutants are born, changing the way the human race thinks about themselves and their evolutionary successors. Other aspects of the original run re-appearing are the U-Men, the Phoenix and, of course, all the characters introduced by Morrison that we haven’t seen for years, such as Beak and Angel. 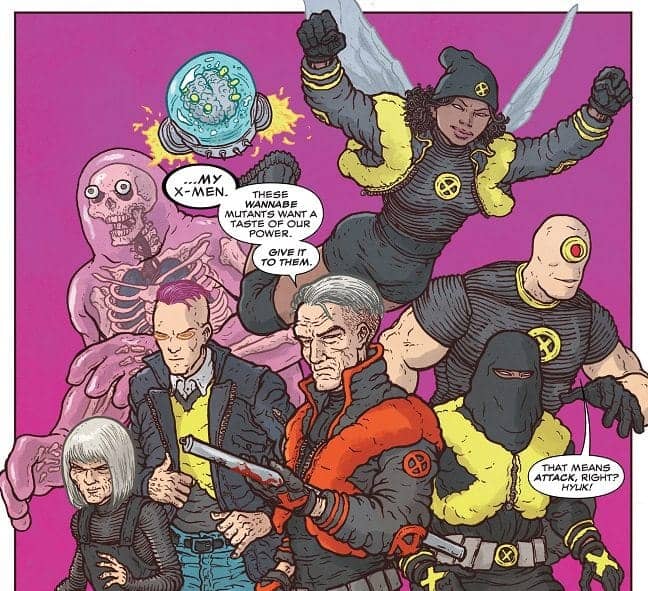 Generally speaking, the book manages to feel like a part of the original run, which might be because it has just the right amount of “weird” in it to make it very Morrison-esque, but is also due to the artist Ramon Vilalobos, whose art looks extremely similar to that of Frank Quitely. This book doesn’t try too hard to be a  tie-in (the name “Doom” is mentioned a few times, but that’s all) and instead concentrates on furthering the things that people liked about the original book. All the protagonists are spot-on, none of them is off-character. It was refreshing to see the Special Class team again, acting similar to the way they did back in the Morrison comic. The idea that these outcasts are now the actual X-Men and Scott and Emma are just two old-timers being laughed at is a fun twist about this book.

All in all, this issue does leave some questions open and might be a little confusing and weird. I’m curious to see the direction this book is heading (because it’s not that clear), but for a first issue, this is really good. It’s similar enough to what Morrison did to remind us of that run, and it has enough own ideas to keep the read interesting. E IS FOR EXTINCTION #1 has been a surprisingly good book for me and definitely one of the better x-related tie-ins to “Secret Wars”.

→Manages to recreate the style of the original arc