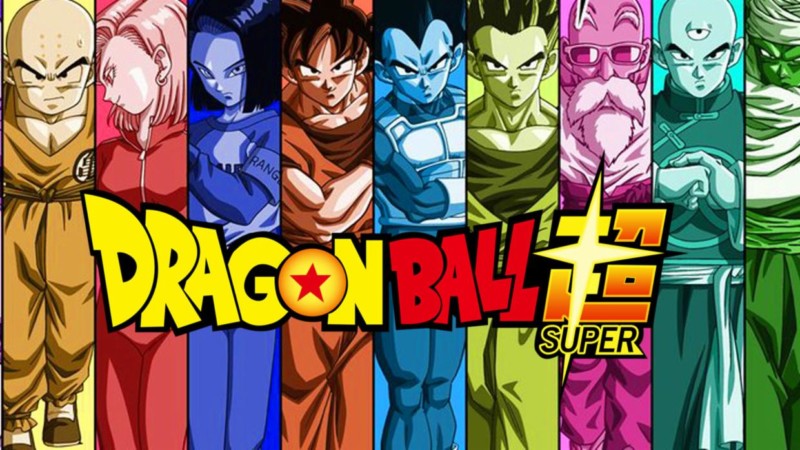 First off, let me just say how excited I am about the upcoming Survival Arc on DRAGON BALL SUPER. This tournament takes me back to when I was a kid watching little Goku fight Jackie Chun (Master Roshi) at the first World Tournament on Toonami. Not only will classic fan favorites and new characters alike fight each other in the arc, but it promises to be the most important Tournament Saga since Cell. Humans, Saiyans, Nameks, Androids, and Majins will be fighting side by side for the fate of their universe!

For those who don’t know, DRAGON BALL SUPER is the long-awaited addition to the DRAGON BALL series. This is the first new DB series from creator Akira Toriyama in eighteen years. The story is set right after DRAGON BALL Z (DBZ) and the defeat of Kid Buu. The greatest warrior on Earth, Son Goku, has retired to a life of farming, but it does not take long for new trouble to arise. When the God of Destruction, Lord Beerus, comes looking for a challenge, not only does he defeat Goku, but he reveals the existence of other universes.

Goku wants nothing more than to fight the strongest warriors of these universes. He convinces Zeno, the Lord of Everything, to hold a tournament between all of the universes. There is a catch, however: the losers will have their entire universes erased!

The Multiverse tournament has just started and there are dozens of questions buzzing in the heads of fans. With the reveal of all the Gods, Kais, and Angels of the twelve universes, what new information will the tournament bring? Will our heroes survive this new challenge? These are just some of the questions we want answers to! 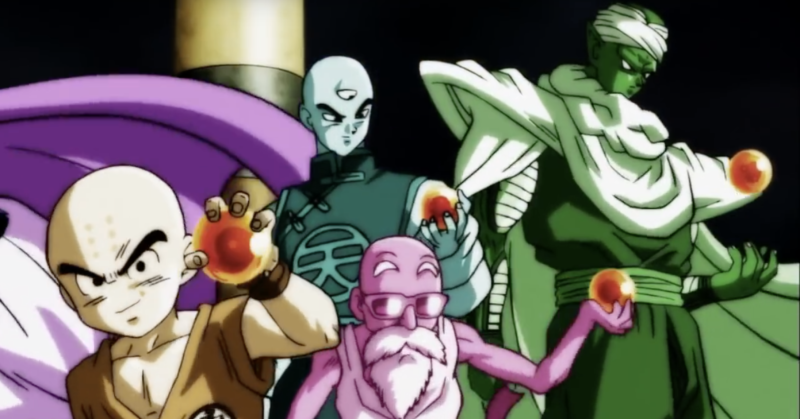 1. Who is the strongest human?

Since the early days of DRAGON BALL, there has always been a debate about who is stronger: Tien Shinhan or Krillin?

Krillin is a fan favorite for a lot of people, and a key reason they believe he is the strongest human is from his time on Namek. During DBZ’s Namek Saga, the elder of the Nameks unlocked Krillin’s power to the fullest in the episode “Guru’s Gift”. He is also the light-hearted piece of humanity that viewers tend to relate to. Everything is a bit harder for him throughout the series, as he is constantly surpassed by both his friends and enemies. Nonetheless, he doesn’t give up, becoming our Number One underdog.

Being well liked, however, does not necessarily mean Krillin is stronger. We cannot overlook the fact that Tien was once considered a fighting prodigy, as he was able to master the Kamehameha wave in a matter of minutes. At the time, this technique was nearly impossible to master. Tien has also never stopped training, and between him and Krillin, he was the only one to train with King Kai, a martial arts instructor. On top of that, Tien put up a defense against two of DRAGON BALL’s strongest enemies, Cell and Super Buu.

In SUPER, Krillin has become a police officer, retiring as a martial artist. Krillin has only recently decided to take up fighting again to prove himself to his family, but as I stated before, Tien has never taken a break from training in all of these years.

Regardless of these facts, many fans consider Krillin to be the strongest human. As much as I love Krillin, Tien has always been a personal favorite of mine. Could this be Tien’s time to remind us all how strong he is? Or will Krillin prove that he is the mightiest human instead?

2. A win for the Earthlings?

In the first episode of DBZ, the Saiyans came to Earth. Since then, it’s seemed like unless you’re half-Saiyan or Namekian, you’re most likely going to be a casualty. Over the nine seasons of DBZ, human fighters gradually became the benchwarmers, a way of telling fans there was no way they could compete with the likes of Super Saiyans. Nonetheless, it’s clear from the newest opening credits of SUPER that nearly half the tournament representatives of Universe 7 are human. While I am confident Goku, Vegeta, and Gohan will steal the show more or less, I am excited to see characters like Master Roshi, Tien, and Krillin placed in roles that could decide the fate of their universe’s existence. 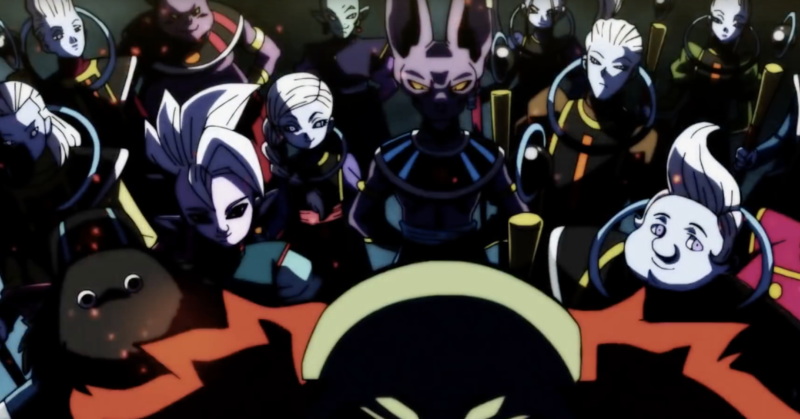 3. Are Gods born or chosen?

Now, this might not be a burning question for most, but I must know, where do Gods in DRAGON BALL come from?

There is some evidence that the Gods of Destruction aren’t just born but also chosen. For instance, Angels in this series exist solely to serve the Gods of Destruction, yet Whis (the Angel assigned to Lord Beerus), is training Goku and Vegeta. It was confirmed by the Supreme Kai during the new Future Trunks Saga that if a God of Destruction dies, their Angel will cease to function until a new one is chosen/born. So is Whis training Goku and Vegeta as a contingency plan in case something happens to Beerus?

Additionally, in one of the most recent episodes (Let’s Do It, Zen-Oh Sama! The All-Universe Martial Arts Tournament!!) Beerus asks Goku “Do you want to become a God of Destruction, too?” Could this mean that Beerus was originally mortal centuries ago?

READ: Love anime with representation for all? VOLTRON is the series for you!

4. Is there a race stronger than Saiyans?

It feels like the planets in Universe 7 have zero warriors who can contend with the likes of Goku and Vegeta. With the idea of a DRAGON BALL multiverse now a reality, however, maybe Saiyans won’t be the strongest warrior race any longer.

In the episode “Awaken Your Sleeping Battle Spirit! Son Gohan’s Fight!” it is revealed that Universe 7 has one of the weakest overall mortal power averages in the multiverse. Goku and the rest of the Saiyans may simply be an exception to the rule, but it could be a strong sign that the multiverse has species on a whole new level compared to what’s been seen before. 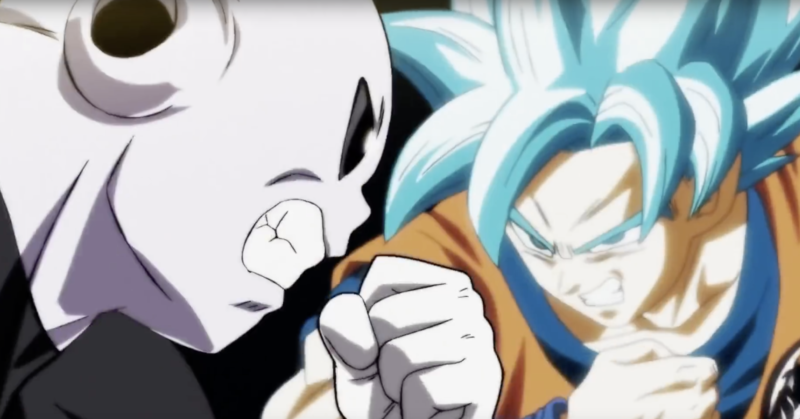 5. Can Gohan become the strongest once again?

From the early days of Piccolo training Gohan in the Wasteland, Toriyama was setting Gohan up to be the next great champion of Earth. After Goku’s loss at the end of the Perfect Cell Saga, Gohan was considered the strongest. It was clear, however, in the beginning of SUPER, that Gohan was no longer the future protector of Earth. Instead, he has let his fighting skills go for the pursuit of knowledge. Now, he is a scholar and an assistant to a professor, while also trying to be a good father. With the tournament threatening his world, family, and all his loved ones will Gohan surpass his father (Goku) once again?

6. Can Goku lose and still save the day?

From the first World Martial Arts tournament in the original DRAGON BALL, Goku has been driven by the idea of fighting stronger opponents (as mentioned before). After this tournament, the only opponents that will interest him are the Gods, but it’s hard for me to believe that a tournament can get any bigger than one that encompasses every universe. So if Goku wins this tournament, what other obstacles does he have to face? Can we actually anticipate a tournament with Gods as participants?

And unless Goku is knocked out of the fight before the final round, will this be the end of Universe 7? Or the end of Goku’s journey to be the strongest? 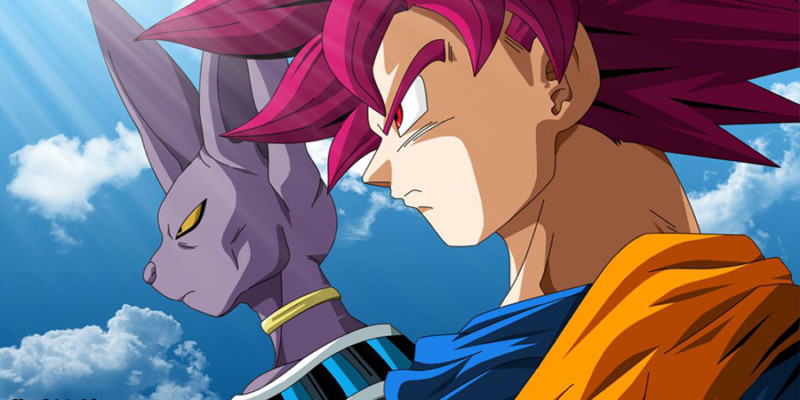 7. Is Goku the greatest threat to Universe 7?

There have been many threats to the Z warriors and humanity as a whole in DRAGON BALL. But not a single enemy has put all existence at stake like Goku. Due to his casual, borderline idiotic attitude towards worldly affairs, Goku is the reason this Universe Survival Tournament is taking place. Goku is now directly responsible for endangering every life in Universe 7. After this arc is over, will there be consequences to Goku’s actions, even if he wins?

What I really hope for with this saga is a change to the status quo of the DRAGON BALL series, which hasn’t happened since Goku’s brother, Raditz, came to Earth. However, I’m also excited to see all these new characters fighting with so much at stake. It won’t be a crazed villain looking for vengeance, but warriors who see Goku as the ultimate enemy. Goku, who’s treated the tournament pretty lightly so far (as he does in almost every situation), might have to acknowledge that this is the most serious battle he has ever fought. He has put a target on his back and it will be all of Universe 7 that may suffer from his hubris.