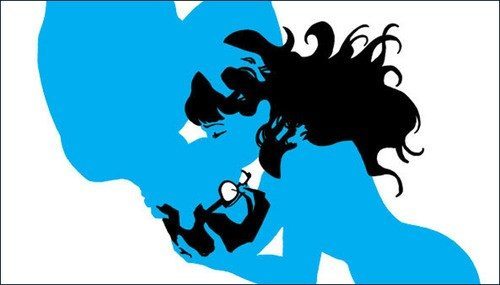 SEX CRIMINALS by Matt Fraction and Chip Zdarksy is a wild, refreshing ride. It’s such a unique comic—like nothing I’ve ever seen before. People appreciate it for the humor and honesty, both of which SEX CRIMINALS has in spades.

This is an introduction to SEX CRIMINALS, for those of you who haven’t checked it out, before we get into the nitty-gritty in the future. In the coming weeks we’ll be discussing the characters, plot, creators, and general themes of SEX CRIMINALS, but treat this as an outline for what’s coming up!

Jon and Suzie, the protagonists, are a unique pair. They aren’t really what one would expect from would-be bank robbers. It seems as though most people should be able to find part of themselves within these characters. They are two very compatible people with very different personalities who work brilliantly together.

Jon is an actor, but between acting gigs he slaves away at a bank. He’s a typical guy in some respects. In one scene, he suggests that they go play around in a sex shop (Suzie agrees). In the end, the duo makes a huge mess, and that’s just the start of Jon’s brilliant ideas. 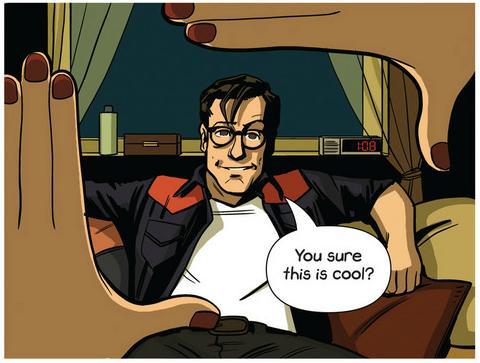 Suzie is a sweet, flirty librarian. She’s definitely a little more pragmatic than Jon, though she does act irrationally when her library is threatened. Suzie discovered her…”ability”…when she was young, and she tried very hard to ignore it. She didn’t have a great relationship with her mom, and everyone else treated Suzie like she was crazy whenever she mentioned The Quiet.

READ: Interested in different views of BATMAN V SUPERMAN? Read one of our Marvel fans’ reactions to the movie!

As mentioned in every review of SEX CRIMINALS on this site, the story is funny, witty, and raunchy with a lot of heart behind it.

We’ll talk specifics in a later article, but the story revolves around Jon and Suzie having a one-night stand and discovering that they both share the same strange ability—the power to stop time for a short period after they orgasm.

This leads to some great moments, including the aforementioned mess in the sex shop, eventually leading to bank robbery. Jon and Suzie started the series with a one-night stand, but after the realization that they both share the same unique power their relationship begins to evolve into more.

READ: Do you want to know how season two of Netflix’s DAREDEVIL impacts the Marvel cinematic universe? Read our article on how it set up Marvel’s big-screen future!

The creative team behind SEX CRIMINALS is wonderful, headed by Matt Fraction and Chip Zdarsky. They’ve been good friends and have consulted each other for some time, but Image giving them full control of their own book was an excellent decision.

Fraction writes the story well, incorporating raunchy, sometimes ridiculous humor while still making sure to give the book the emotional background it needs. He skillfully handles delicate issues, like issues of sexuality and sex in general, most of the time. Fraction even handles asexuality with more grace than most writers I know.

READ: Don’t know where to begin with WONDER WOMAN? Check out our list of the most essential readings!

Thematically, SEX CRIMINALS covers a diverse range of topics. From sex, in general, to slut shaming and asexuality, most of these tricky subjects are treated with the care they deserve, though it’s obviously coated with a layer of filthy humor.

READ: Catch up on our series on THE WALKING DEAD villains!

Of course, this was just an introduction to the absolute insanity that is SEX CRIMINALS. If you’re interested and haven’t checked it out, I’d definitely recommend it. In the coming weeks, we’re going to break down all of these topics into more detail and talk a little more about the future of the comic.