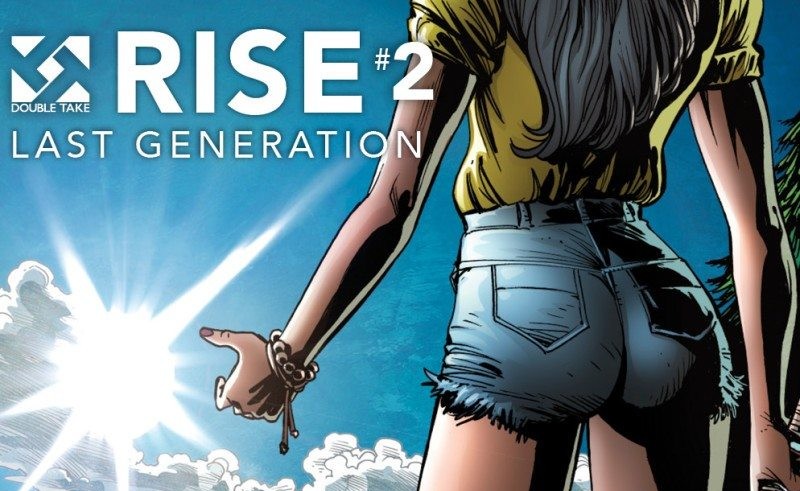 RISE #2 is an issue that I found particularly interesting in the second batch of Double Take’s super pack. Though there’s been a lot of questions raised throughout the 20 issues that the new publisher has released, this is one that felt like it was beginning to provide some answers.

One thing that I think is absolutely worth noting before we begin, is the importance of time in the reading of these comics.  Keep an eye out for clocks in the background of panels throughout the various titles to help you figure out the order of events- and of course, the time signatures provided at the beginning of each issue suggest a reading order.

The beginning of this book also tells us that at noon, there will be a large-scale sanitation of Evans County, which means a countdown has been set, and issues 3 will almost certainly deal with the effects of this.

Though this issue offers little in the way of action, it is a very satisfying issue for those who have been reading all of the titles.  It confirms that the twist from issue #1- that Johnny wasn’t a ghoul- has been somewhat undone.  While it is clear that he’s not like the typical zombie (referred to as a ghoul in the books), taking evidence from other titles offers an alternative explanation for his ultimate quarantine- aliens. 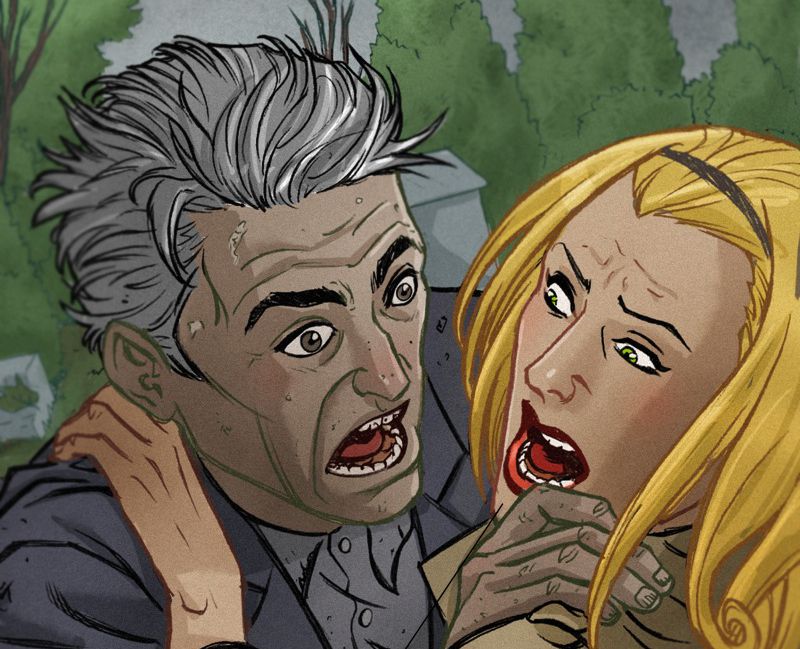 This also confirms some suspicions across other titles- various characters who were revived after receiving some kind of head trauma, ghouls hungering for candy, and the intelligence of some of the ghouls.  This also might explain the Pythagorean theorem graffiti we’ve been seeing pop up everywhere… if “a” is aliens, and “b” is zombies, then what we’re getting here is a hybrid, “c” of the two.

The art in this issue is nothing spectacular- the cover looks amazing, but the interior art doesn’t live up to the cover’s hype.  The story is told effectively, but the style was inconsistent.  At times, the lines were a soft brown shade, at times they were a regular black.  This inconsistency didn’t seem to be used at a specific time or for a specific effect, which distracted me.  The black lines spoke more definitively and left a stronger image on the page.

In short, this book speaks to the conspiracy nut within me.  I love the Double Take titles for being as much a mystery to solve as interesting zombie stories.  In less than 20 issues, Double Take has exceeded expectations, their plots forcing me to take their comics into my own world as I search their pages for more clues as to what the heck is going on.