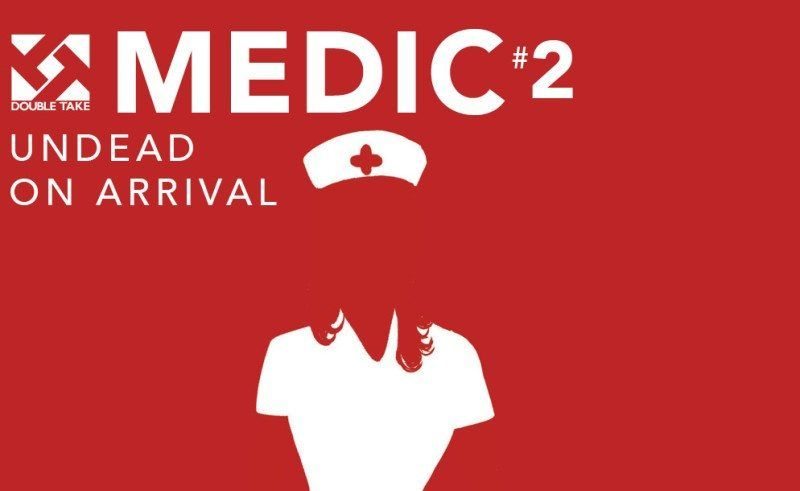 Double Take has certainly made a name for itself in the comic world, and with 10 issues releasing simultaneously each time, it is easy to understand why.  One major benefit of 10 simultaneous issues is that each set of 10 reads as its own short book, or like watching a movie, looking for the ways the stories are all going to come together.

Seeing as the comics share a universe with the classic horror film, NIGHT OF THE LIVING DEAD, it’s no surprise that they have a cinematic feel to them.  The comics yield themselves very well to the digital medium, as well, with the action taking on a much more animated quality as you click through the individual images.

All of this is to say that what Double Take is doing makes for a great overall reading experience for the story as a whole, which requires a bit of DEDICATION, sure, but is absolutely worth it.  It also means that each individual issue has to stand not only on its own, but hand in hand with the other titles.

In this aspect, MEDIC #2 succeeds. 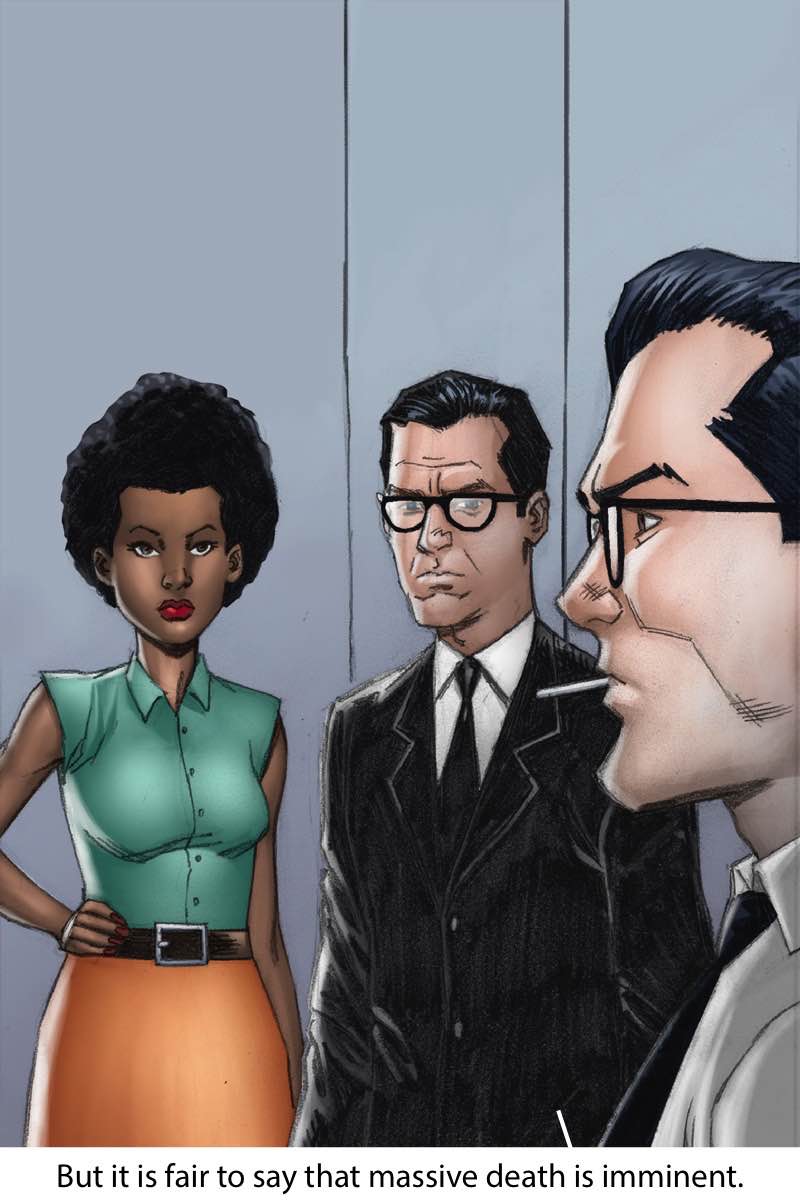 MEDIC’s protagonists are professionals in some Disease Control type of agency, investigating the outbreak occurring at the hospital.  Their mannerisms are quite surprising given the situation- they’re extremely calm and methodical about everything, always seeming to be in control.  As with any horror situation, one can only assume that this control will be short-lived as things begin to descend into chaos.

The more that I read Double Take’s comics, the more I notice intricate details in the backgrounds.  For example, there is a bit of a hidden character in the pages of this book, following around our protagonists.  What this character is, exactly, has yet to be revealed, but similar things have appeared throughout the other Double Take titles, as well.  Easter eggs like this make the reading fun and interesting, and suggest a much deeper story than the zombies we all know from NIGHT OF THE LIVING DEAD- with hints of ghosts, aliens, and other ghouls, there’s no knowing where the limit is for paranormal activity in Evans County.

This Easter egg hunt makes the art a lot of fun and helps carry the story visually through some conversations that at times feel disconnected from the action.  This is a tactic that Double Take has used in all of their titles, with varying success.  While we all tell stories of our own throughout our lives, it sometimes feels hard to believe that characters are treating these circumstances so nonchalantly as to be sharing memories that are sometimes left open-ended, without an ultimate moral.  In this particular issue, it helps to illustrate that the protagonists are professionals and are able to handle the situation.  While the normal security guards and doctors around them fall to pieces, they maintain their grip and keep moving forward.  It also helps fill in a little background about the characters themselves, making them a bit more three-dimensional.

While MEDIC may not be the most plot-driven title up to this point, it is definitely one of Double Take’s more zombie-filled comics.  With the outbreak in full effect, we’ve already seen a bunch of zombies and are guaranteed to see a lot more.  One interesting thing about the zombies that we learn in this issue- there may be some romantic desires among the undead.  We definitely see a zombie kiss a patient, who, of course, ultimately turns.  Why doesn’t the zombie attack and feed like we would expect?

We’ll have to stay tuned for the answers!  I know I will be!

READ: Learn about Double Take’s Z-MEN, soon to be a movie from Lionsgate!